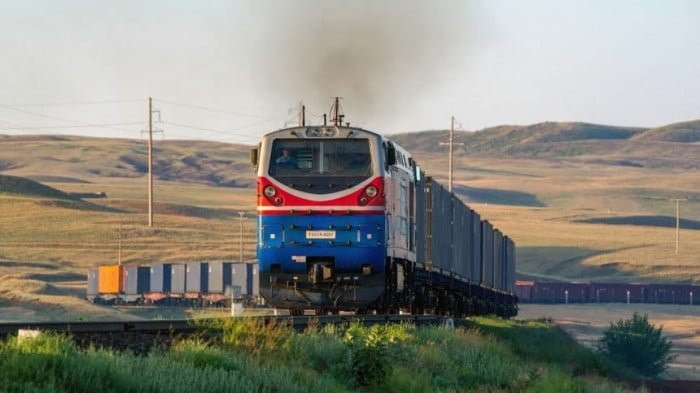 The first container train departed from Uzbekistan to the port of Burgas (Bulgaria) along the Middle corridor on December 16, 2022, EastFruit experts report.

“The freight train consists of 46 wagons and 91 units of 20-foot containers with copper concentrate, and it will go along the “Uzbekistan-Turkmenistan-Azerbaijan-Georgia-Bulgaria/Europe” route of more than 4 000 km. The train was launched in cooperation with foreign partners from Turkmenistan, Azerbaijan, and Georgia,” the message of the JSC “Uzbekiston temir yo’llari” (“Railways of Uzbekistan”) says.

The Middle Corridor, or Trans-Caspian International Transport Route (TITR), is an alternative to the Russian Trans-Siberian Railway for the delivery of goods from China to Europe, which started operating in 2017. It runs through China, Kazakhstan, the Caspian Sea, Azerbaijan, and Georgia to Turkey, and European countries. Transportation involves rail and sea transport (in the Caspian Sea).

TITM unites more than 20 owners of backbone infrastructure and carriers from 8 countries – Azerbaijan, Georgia, Kazakhstan, China, Poland, Romania, Ukraine, and Turkey. Uzbekistan also announced its decision to join the project participants as an associate member in the summer of 2021. The headquarters of the Association is in Astana.

From January to April 2022, the volume of cargo transportation along the TITR route amounted to 733 000 tonnes, or over 5 000 wagons and 10 000 TEU containers (20-foot equivalent). The volume of transportation on this route in 2022 is expected to increase six times – up to 3.2 million tonnes.

We remind you that EastFruit wrote about the opening of a new railway route from Turkey to Uzbekistan and vice versa in early December 2022. The first freight train on the route “Turkey-Iran-Turkmenistan-Uzbekistan” arrived at the Central Railway Station of the capital of Uzbekistan on December 3, 2022. As noted, the new route with a length of 4,500 km has great development potential and serves as an additional route for the transportation of Uzbek goods in international traffic.