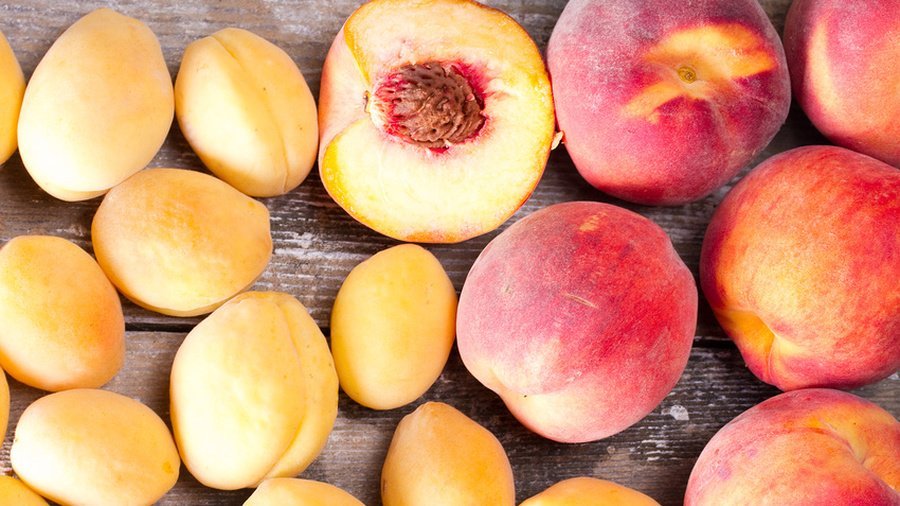 EastFruit experts visited several districts of the Fergana region of Uzbekistan and noted a trend in the change in the ratio of stone fruit trees at local farms. There has been a reduction over the past 5-7 years in the area of ​​apricot orchards (mainly local varieties) in favor of peach plantations in regions specialized  and climatically adapted for these crops. The new orchards consisted mainly of trendy apricot varieties (Shalakh, Hungarian and others) for the fresh market, which are sold at a much higher price than traditional local varieties. At the same time, cherries are still in trend and there is a tendency to expand the areas of cherry orchards.

In order to stretch the harvest season and reduce the risk of price fluctuations for a particular product from year to year, local farmers often combine the production of cherries with peaches and apricots, dividing a farm into two (cherries and peaches) or into three parts (cherries, peaches and apricots). At the same time, the approximate ratio of these areas is often the following: if there are three crops, then a fourth or fifth part of the farm is planted with apricot, the rest is divided equally between cherries and peaches. If there are only cherries and peaches, the ratio is 50/50 or 60/40. 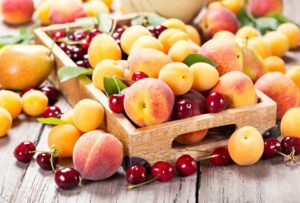 What is the reason for the reduction of the area planted with apricots?

How does diversification and combination of these stone fruits reduce the risks of price fluctuations? To get answers to these questions, EastFruit experts spoke with several farmers.

As it turned out, the main reason for the reduction of apricot orchards of local traditional varieties and their replacement by peach plantations is that the production of outdated apricot varieties has become unprofitable. Due to the low price, the proceeds from its sale do not cover the costs of its production. By the way, the downward trend in world prices for both fresh and dried apricots is global, as we wrote it in the article “Global prices for fresh and dried apricots consistently decreasing, quality requirements increasing”.

However, the unprofitable production of local traditional apricot varieties is characteristic of the Fergana Valley. Since this region is located in the northern part of Uzbekistan, the start of apricot harvesting here falls at the peak of the harvest in the southern part of the country (for example, in the Surkhandarya and Kashkadarya regions). Therefore, there are enough production volumes in the country’s markets, and the prices for apricots are already low during this period.

It turns out that growing here apricot of the same varieties as in the south of the country is unprofitable, given the shift in the harvest season due to the climatic zone and the relatively small distances between the south, central part and north of Uzbekistan which makes the transport component in the cost of apricots brought from other regions of the republic small. 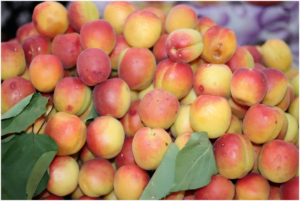 What are the options for preserving the areas planted with apricots?

The regions of the Fergana Valley in neighboring Tajikistan specialize in the cultivation of apricots for the production of dried apricots. A video about how fresh and dried apricots are grown, harvested, dried and sold in Tajikistan is available here.

If we talk about traditional Uzbek varieties of apricots for the fresh market, even for the southern regions and the central part of the country, it is the early varieties that are most profitable, both for the domestic market and for export.

The situation on the apricot market this year in Uzbekistan is rather an exception due to weather anomalies. In 2020, the wholesale prices for apricot were high only for two weeks – from the beginning of May ($4 per kg) to mid-May ($2 per kg), then by the 20th of May they decreased to $0.60 – at the time when the apricot harvest begins in the Fergana Valley. Having stayed at this level until the first days of June, average wholesale prices for apricots dropped to $0.30 per kg by the middle of the month.

By the way, farmers in the Fergana Valley may have another unused niche in the apricot business. “In Italy, you can buy locally produced fresh apricots 8-9 months a year, so farmers’ efforts are focused on extending the season not only by early varieties, including those grown under cover, but also by late varieties of apricots, which are grown in cooler regions and the hills. The sales season for apricots in Uzbekistan is very short, and prices for the last batch of apricots often rise to the same level as for the earliest varieties. Therefore, this can definitely be an additional opportunity for farmers of the Fergana Valley – focusing on late varieties and delaying their fruiting as much as possible with technological methods that are now quite accessible and known until the southern regions leave the market completely,” says Andriy Yarmak, Economist, Investments Centre, Food and Agriculture Organization of the United Nations (FAO).

Why are farmers in the Fergana Valley of Uzbekistan “switching” from apricot to peach?

First, the prices for peaches in the domestic market are on average twice as high as for apricots, as evidenced by data from the wholesale markets over the past few years.

Secondly, the assortment of local peach varieties by the ripening period allows you to stretch the harvesting and marketing season – from mid-June to October inclusive. In other words, if there are early, middle and late varieties of peach on a farm, you don’t need to put harvested fruits in refrigerators and you can continuously supply them to the market for almost four months and get revenue. This means you can more efficiently use labor, machinery and equipment, which is very important for such a seasonal business as farming.

Thirdly, if we are talking about laying new extensive orchards, in terms of the payback period, peach trees begin to bear fruit after 3 years, and apricot (local varieties) only after 7 years. Therefore, peach farm begins to pay off much earlier. 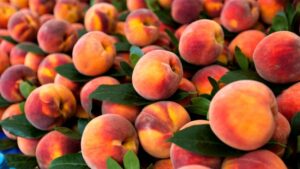 What does the combination of peaches and cherries give to a farm?

Such a combination, namely the division of the total area of ​​the farm into two parts – cherry and peach plantations, allows the farmer to supply his products to the fresh market almost continuously for 4-5 months (from the beginning of May to the end of August or September, depending on selection of varieties of cherries and peaches by the ripening period), without storing the products in refrigerators. This is extremely important in terms of efficiency in the use of horticultural, cooling and packaging equipment and for seasonal workers. 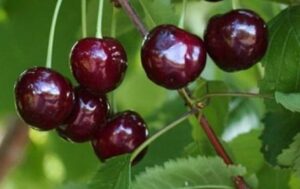 How to reduce the risks of price fluctuations and weather anomalies?

According to farmers of the Uzbekistan district of Fergana region, one of the main reasons for the combination of cherries, peaches and apricots (dividing the total area of ​​a farm into three parts), along with the possibility of extending the sales season on fresh markets, is an attempt to reduce the risks of price fluctuations for these products and of crop failure.

For example, low prices for cherries can be offset by good prices for peaches and apricots, or vice versa. Likewise, a poor harvest on one of these crops is offset by a good or acceptable harvest for other crops from this set, as happened with apricots in 2021. In other words, diversification of the horticultural business is very appropriate in this case.

Of course, farmers in Uzbekistan should pay attention to frost protection technologies, such as above-crown sprinklers when the temperature drops to zero degrees, or machines for mixing air. Also, a promising direction is the cultivation of fruits under cover which allows not only to protect the fruit harvest from bad weather and birds but also to significantly improve the quality, reducing the use of plant protection products. We wrote about this in the article “Superintensive farm of large cherries from A to Z“.

Reduction of apricot plantations is a substitute for varieties

The observed significant reductions in apricot orchards, or the apricot part of horticultural plantations, mainly concern local traditional varieties that are sold in the domestic and foreign markets at the lowest price category. In most cases, peach plantations have been created in their place.

At the same time, there are cases of laying new apricot orchards or using more trendy varieties, such as “Shalakh”, “Hungarian”, etc. for the apricot part of farm plantations. In other words, there was not only a “switch” from apricot to peach, but also a “switch” from traditional apricot varieties to more expensive varieties of the fresh market.

The peculiarities of agribusiness in Central Asian countries, global technological trends in the fruit and vegetable business, current trends in the world and regional fruit and vegetable trade, as well as methods of finding business contacts for producers from Central Asia in the context of the ongoing global coronavirus pandemic will be discussed at the online conference “Fruits, Nuts and Vegetables of Central Asia”, which will take place on June 8, 2021. The conference program is available here.