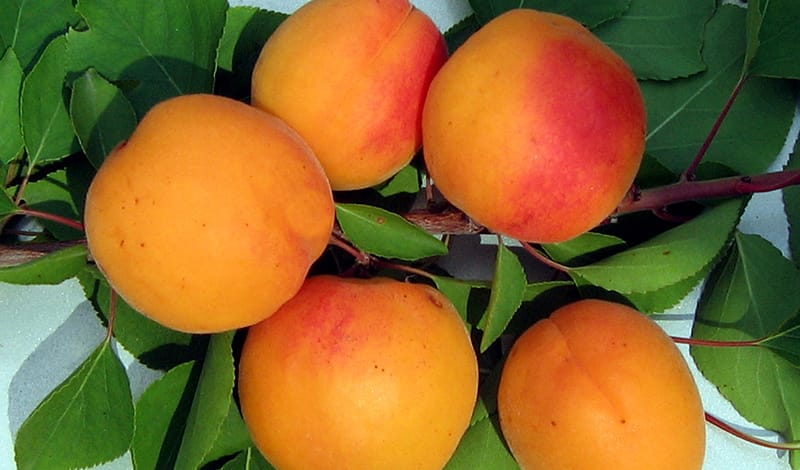 World trade in dried apricots has been decreasing in monetary terms by 3.5% annually since 2011 but increasing by 0.5% in fresh apricots. This suggests that fresh apricots are in demand on the world market much more than dried. The trade volume in fresh apricots is much higher than dried apricots (kuraga). This data was presented yesterday by Andriy Yarmak, an economist of the Investment Centre of the Food and Agriculture Organization of the United Nations (FAO), during the national online conference “Apricot business in Tajikistan: efficiency of production, processing and marketing.”

The event was organized by the EastFruit project with the support of the Food and Agriculture Organization of the United Nations (FAO) and the European Bank for Reconstruction and Development (EBRD). The partner of the event was the agro-media agency Sapieza.

“If we talk about the quantitative expression of world trade, then the volume of fresh apricots is growing by 5.7% annually. On the contrary, the trade of dried apricots is decreasing by 1.2% a year,” stressed Andriy Yarmak. He pointed out it is important to understand that there is no magic “best variety” that is most in-demand on the world market.

“The producer’s ability to extend the season is of much higher importance for successful trading. For example, in Italy, producers try to be present in the apricot market for 9 months of the year. This is the magic best variety, or rather the right set of many varieties when you are on the market almost all year round. Tajikistan and Uzbekistan have good apricot varieties from which it is simply necessary to choose the best and intensify their production.

“Thanks to the cultivation of apricots in greenhouses, you can get an earlier product of the highest quality, which, in turn, allows you to get a higher price,” said the FAO economist.

Mr Yarmak referenced data in his presentation that Turkey is the leader in the world trade of dried apricots and it is also the largest apricot producer in the world. “Tajikistan, according to EastFruit analysts, ranks 4th in the world in terms of apricot production although official data is much lower than EastFruit estimates. Thus, Tajikistan is even ahead of Spain in terms of apricot production, but it has very weak exports, especially in the fresh apricot segment. Uzbekistan has a good balance of exports of dried and fresh apricots, but this country also has not yet fully realized the full potential of exporting these goods.”

He also stressed that the exports of fresh apricots bring on average three times more revenue than the exports of dried apricots: “This confirms once again that the added value in the fruit and vegetable business is not processing. After all, a cheaper product is always used for processing.” The average prices for apricots and dried apricots have a steady downward trend. “The market needs a higher quality apricot at a lower price, which means that competition in the apricot business is growing,” warned Andriy Yarmak.

The leaders in the imports of apricots in the world are Russia, Germany, and Iraq. The fastest-growing supplies are to Iraq, Pakistan, and Germany. The traditional sales market for Tajikistan – the Russian Federation – very quickly reduced imports due to the growth of its own production plus the decrease in the incomes of its population.