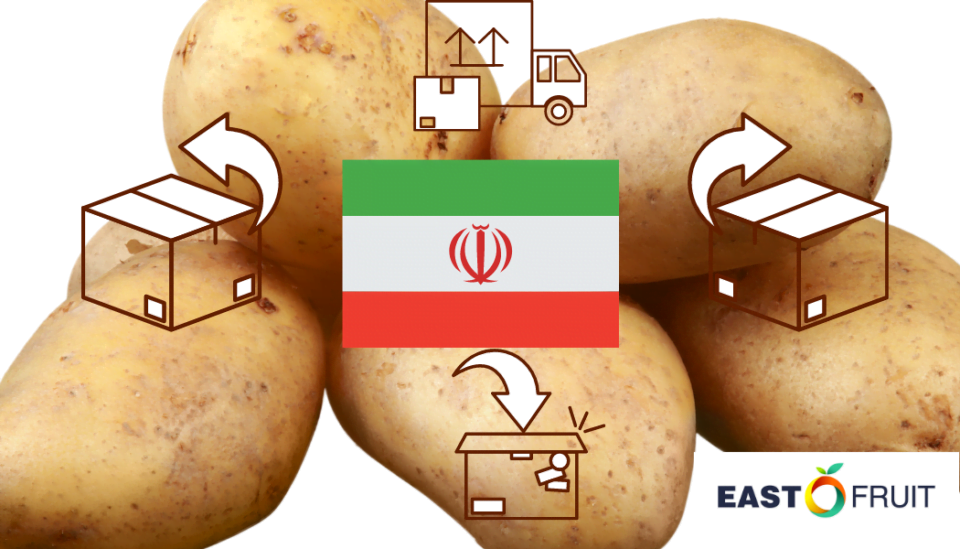 Home › News › Six Post-Soviet countries are among the largest importers of potatoes from Iran!

EastFruit analysts draw attention to the fact that Iran is likely to be in the TOP-5 global exporters of marketable potatoes in 2021. The volume of potato exports from Iran in 2021 increased by 16% and reached a record 855 thousand tonnes.

At the same time, there are 6 countries of the post-Soviet space among the largest markets for Iranian potatoes: Azerbaijan, Uzbekistan, Turkmenistan, Russia, Kazakhstan and Ukraine! Five more countries of the region, namely, Armenia, Georgia, Belarus, Kyrgyzstan and Moldova take 14th– 19th positions. Moreover, it was the sharp increase in the supply of potatoes to the post-Soviet states that provided Iran with a record volume of potato exports in 2021. As a rule, other major importers reduced their purchases of potatoes in Iran: Afghanistan reduced imports by 17%, and Iraq more than twice.

By the way, tax incentives for import and sale of potatoes were extended in Uzbekistan, and neighboring Kazakhstan even introduced a ban on the export of potatoes, fearing their shortage. Iranian potatoes are just what is needed there.

Note that in addition to Iran, Pakistan is also increasing supplies to Eastern Europe and the countries of Central Asia. By the way, winter potatoes in Pakistan ripened earlier than usual this season.

At the same time, as activity on our trading platform shows, early potatoes of new harvest are already offered by suppliers from Egypt.