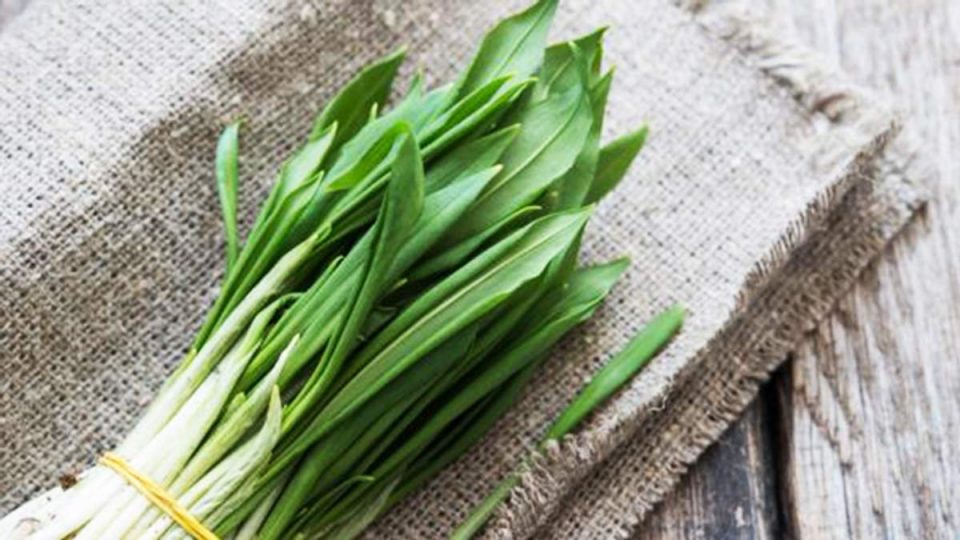 Ramsons (Allium ursinum) is becoming increasingly popular among consumers in Europe and Asia.

This herbaceous perennial of the genus Allium of the Amaryllidaceae family appears in spring as the first vitamin green in shady forests or along rivers and waters. However, it can also be cultivated. Moreover, wild ramsons cannot be harvested in many countries, because it is listed in the Red List of Threatened Species in Ukraine, Belarus, Lithuania, Latvia, some regions of Russia and other countries.

Various useful properties have made it popular in Europe and Asia – ramsons stimulates appetite and is used as a remedy due to its rich structural formula. In all respects, it can be called a “superfood” and the demand for such superfoods has increased since the start of the COVID-19 pandemic. So, it’s time to pay attention to this wild garlic, which can be cultivated even industrially.

The popularity of ramsons makes it a very lucrative agricultural crop that can bring up to $ 500,000 in income per hectare!

The secret of the popularity of ramsons, and the technology of its cultivation are explained in this EastFruit exclusive material.

Ramsons can be eaten fresh, baked, pickled and dried

Ramsons is a plant with wide, pointed, elongated green leaves, which are attached to juicy cylindrical stems. Leaves of ramsons are harvested in spring when the leaves appear until flowering in early summer. 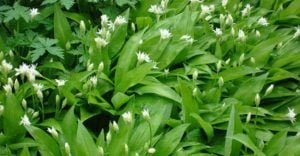 It grows in all European countries, as well as in the Caucasus, Turkey and the Middle East and it has been used as a medicinal and vegetable plant for more than 7 thousand years.

“In Ukraine, ramsons is predominantly a wild plant growing in forests and fields. At the same time, seeds of garden ramsons can be legally bought and planted. The ramsons season is rather short. Ramsons grows in the central and northern regions of Ukraine in the second half of April and early May. Ramsons is eaten both fresh and used in various salads, soups and vegetable dishes. In addition, it is a good preservative – it is sprinkled on meat to keep it longer. Ramsons smells like delicate garlic, so it is a great addition to salads, soups or pesto. When fried, it loses most of its sharpness, but its aroma only intensifies. A spicy taste of ramsons in tomatoes perfectly complements the taste of any meat or side dish. Pickled ramsons has also a spicy taste,” Kateryna Zvierieva, international consultant at the Food and Agriculture Organization of the United Nations FAO, says.

Canned ramsons produced in Russia is sold on the Internet:

Ramsons can also be frozen or salted.

Ramsons is popular in the Balkans, especially in their central and eastern parts. In Bulgaria, it is dried and used as a component of the “Sharena Sol” seasoning or separately. It is mashed, then mixed with salt and dried, and then stored in a glass container. Another option is to finely chop the shoots, dry in the shade, grind and mix with salt. The drying process takes about a month, and the temperature should not exceed 30 degrees to preserve the properties and taste of the product.

Being an ephemeroid – a plant with a very short growing season and slow development of leaves, young ramsons can release the first edible leaves only in its 3rd year. That is why this wild plant was listed in the Red List of Threatened Species in many countries. At the same time, many residents of Ukrainian villages say that ramsons grows in their fields and forests like a weed, it is rarely used for food, and therefore it actively reproduces everywhere.

Considering its useful properties and high cost (its retail price reaches $ 23.7 per kg in Ukraine), ramsons is becoming more popular as an agricultural crop for commercial cultivation.

Before cultivating ramsons, special soil preparation is needed: it should be enriched with humus, leafy soil, mineral fertilizers, and wood ash. Ramsons is planted in autumn or early spring according to the scheme 30-40×20-, 15 cm. Care for the plant includes timely watering, loosening the soil and fertilizing.

Ramsons is a shade-tolerant and rather simple plant: it forms too small leaves in sunny areas. Given sufficient spring moisture, ramsons can grow in the shade of trees. A poorly lit place is quite suitable for it, and it is important to water it in case of severe drought. 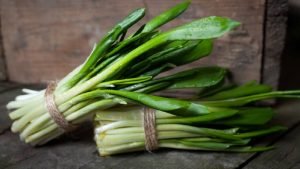 The plant should be reproduced in a vegetative way by planting bulbs. When there is no planting material, it can be sown with seeds. The seedlings that appear are very small, so they need to be further planted in a well-fertilized and weed-free area. Only after a year or two, they are replanted in a permanent place. If flower stalks are found on the transplanted plants, they must be broken off so that they do not deplete the transplanted bulbs. Several times over the summer, plants can be fertilized – this will prolong their growing season. In one season, about 2-3 kg of ramsons can be harvested from 1 sq. m of the sowing area or about 20-30 tons per hectare.

This means that if you sell the entire crop at retail, you can earn up to half a million dollars per hectare!

Ramsons is rich in vegetable protein, useful amino acids, as well as various vitamins that are important for both men and women. Due to the high content of vitamin C – about 100 mg per 100 g of fresh leaves, and phytoncides (natural antibiotics), ramsons is considered an antiviral plant. 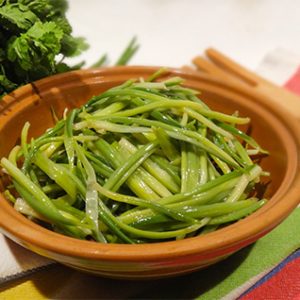 Ramsons can cleanse the blood vessels, dissolving plaque cholesterol and normalize blood pressure. It should be consumed by people suffering from spring vitamin deficiency and poor appetite. The plant’s feathers help improve bowel function, and the leaves have anti-inflammatory properties.

Perhaps ramsons will also become popular in our region in the coming years, making consumers healthier and bringing profit to farmers.