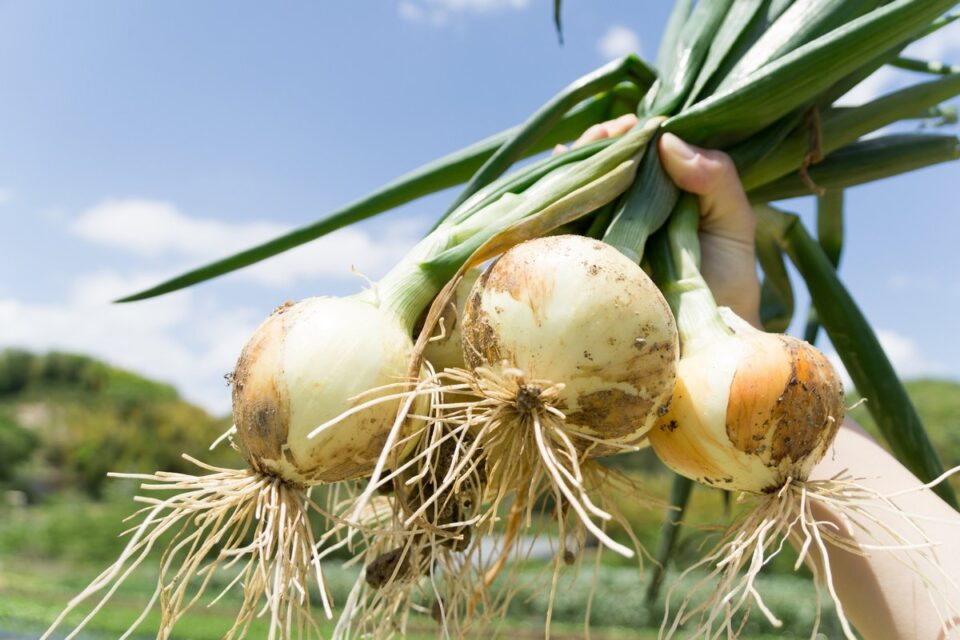 Home › News › New onions, cabbage and cherries are the most exported produce items of Uzbekistan now

According to EastFruit, exporters from Uzbekistan have been actively increasing the supply and range of fruits and vegetables of the new harvest in the past two weeks. At the moment, Uzbekistan already exports seven items of fruits and vegetables harvested in 2021, apart from greenhouse tomatoes, cucumbers and peppers. Onions, white cabbage, Chinese cabbage, garlic, beetroot, and fruits – apricot and cherries are in demand in traditional foreign markets.

Which products, regardless the volume, are actually exported from Uzbekistan and where?

Judging by the requests for vehicles for transportation, the largest export volumes fall on the early Uzbek onions that are now transported from the southern region of Uzbekistan – the Surkhandarya region. An insignificant volume of onions is exported from the Syrdarya and Tashkent regions (middle of the country).

Uzbek onions are exported, as a rule, to Russian cities in the northern and central parts of the country – where up to 80% of all vehicles are booked. Ukraine and Belarus come second in the exports of early Uzbek onions, although it is difficult to imagine that Uzbek onions could compete in the Ukrainian market in terms of price, as price for quality onions in the country is smaller than the cost of transporting onions to Ukraine. Importers probably expect that onion prices in Ukraine increase significantly by the time of delivery. There are also shipments to Latvia and Moldova, where prices are also still low, but have started to increase.

As of May 5, 2021, exporters from Uzbekistan offer early onions at $ 0.15-0.16 per kg on FCA terms, Uzbekistan, although in neighboring Tajikistan the same products are sold twice as cheap.

In the second place vehicles are requested for transportation of early Uzbek cabbage, the export prospects of which seem more considerable. There are approximately three times less of such requests comparing to requests for transport for onions. The new harvest of cabbage is also shipped mainly from the south of the country – from the Surkhandarya region. However, unlike early onions, about 70% of early cabbage exported goes to Ukraine, and the rest is exported to Belarus, Russia and Latvia.

Early carrots are supplied to Kazakhstan, garlic is exported to Russia and beetroots are exported to Ukraine less actively.

Regarding stone fruit of the new harvest, over the past week there have been attempts to find a vehicle to transport cherries from the Fergana Valley to Moscow. New harvest apricots to foreign markets have not been exported yet. Obviously, the reason for this is a high prices due to the damage caused to early apricot varieties by frosts.

As of May 4-5, Uzbek cherries are offered at $ 8-10 per kg under FCA Uzbekistan terms in the EastFruit Trade Platform. Cherries from Iran are offered on average 4 times cheaper on the same platform. However, as in the case of apricot, early cherries in Uzbekistan were also severely affected by frosts.