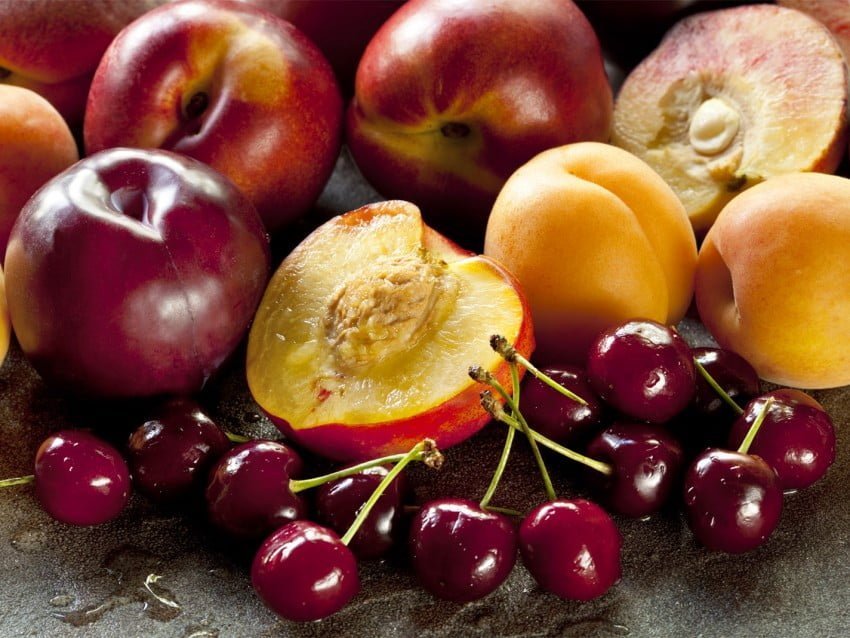 Home › News › Prices of Uzbek apricots, plums, peaches, nectarines and almonds are expected to soar due to frost loses

EastFruit experts completed a preliminary assessment of damage to stone fruit (cherries, apricots, peaches, and plums), as well as almonds in Uzbekistan from the second wave of frosts that swept across the country in mid-March. As we expected, damage to stone fruit increased dramatically.

Since Uzbekistan is the second largest exporter of peaches, nectarines and plums and the main exporter of fresh apricots to Russia, a decrease in the yield of these fruit will significantly affect stone fruit prices in Russia. The decrease in the apricot yield will have an even greater impact on the dried fruit market, because dried apricots are the main type of dried fruit exported. Russian importers will need to look for alternatives to Uzbek fresh and dried fruit.

The first wave of frosts at the end of February 2021, after a period of abnormal heat that provoked early blooming, caused serious damage to the early apricot in the central region of Uzbekistan. You can read about the estimated losses after the first wave here. If the partial loss of the early apricot harvest was undesirable but not critical, now it is becoming threatening for many producers, because the second wave led to an increase in losses not only of apricots, but also of other stone fruits, which bloomed by mid-March.

At the moment, Uzbekistan is expected to lose more than half of its apricot and almond harvest. Also, in some regions, the harvest of sweet cherry is almost completely lost, although for other fruit the harvest is still quite good. Losses of peaches and plums may be slightly lower than that of apricots and almonds, but perhaps comparable to those of cherries. Serious problems are expected also on the quality of the harvest since frost during and before flowering, as a rule, leads to fruit defects and prevents full pollination.

It should also be noted that there are still several months of growing season ahead, which can lead to new unpleasant surprises. However, we will present the regions that suffered more and those that suffered less, as well the regions where stone fruits and almonds resisted better to the bad weather wave.

We interviewed more than 30 producers  from different regions of Uzbekistan, that together represent 95% of the total production of fruit and berries in the republic (in accordance with data from the report of the State Committee of the Republic of Uzbekistan on statistics on the volume of agricultural, forestry and fishery products for 2020).

In the overall picture of damage to the yield of stone fruit, the Khorezm region and the Republic of Karakalpakstan stand out positively, where the estimated loss of apricot yield is only about 10%. Unlike other areas, these regions did not experience any abnormal warming in February 2021. For example, the average temperature in Urgench (the administrative center of the Khorezm region) was noticeably lower than in the rest of the country, and only once in the entire month the temperature exceeded +15 degrees. In Nukus (administrative center of Karakalpakstan), the average temperature in February was even lower. Such weather conditions ensured the so-called calendar transition to spring and did not allow fruit trees to “wake up too early”, which is not a case in other regions of Uzbekistan. Obviously, producers of Khorezm and Karakalpakstan will be able to make good money on apricot this year, because a lower harvest in the country could lead to a significant increase in average prices for these fruits.

In the overwhelming majority of agricultural producing regions of Uzbekistan (in 9 out of 13), the loss of apricot yield is estimated from 40% to 90% and they make 88% of the total production of fruit and berries. According to a survey of producers, in these regions most of the late apricot varieties retained their harvest, and on the contrary, losses on early varieties and the average ripening period are estimated from 70% to 99%.

According to Azizbek Khamraliev, a farmer from Kuvasay, Fergana region, late apricot varieties, relatively new for Uzbekistan and adapted to local conditions (for example, the Orange Ruby variety) seem more frost-resistant. So far, according to the producer, he has not noticed any damage to the harvest of this variety and other new late type varieties. In his opinion, the establishment of apricot orchards by distributing its area among varieties from early to late can ensure a regular harvest from May to September, which is a global trend (see the presentation of Andriy Yarmak, FAO economist for more details). Moreover, EastFruit analysts believe that this method will also mitigate damage from such frosts, since later varieties are more protected in such situations.

The apricots and almonds were the most affected by two successive frost waves. Losses of apricot harvest can reach 60-65% on average in Uzbekistan at the moment. Almond yield losses are estimated within the same range, or even slightly higher.

About half of peach, nectarine and plum harvest in Uzbekistan can be lost.

Cherry crops seem to have suffered less in the Fergana Valley. However, even here, 5-15% of the harvest may be lost, and problems with the quality of the fruits may also arise. In the Metropolitan area, almost all of cherries have been lost, according to preliminary estimates – farmers expect to receive only about 10% of what they had previously expected. In Bukhara and Samarkand regions, only 50-70% of the expected cherry harvest will be gathered. On average in the country, losses in sweet cherry yield are estimated at 25-30%.

Several farmers surveyed have already noted that now the flowers of some fruit trees do not look “healthy”. Even though they bloomed after the February and March frosts, there is no certainty about the quantity and quality of their future harvest.

Such significant losses, on the one hand, can lead to an increase in prices in the domestic fruit market, and, on the other hand, low-quality fruits are unlikely to be sold at a high price on the fresh market. The supply of raw materials to producers of juices, purees, concentrates and dried fruits will also decrease, which means that high prices should be expected here.

According to EastFruit, in 2020 Uzbekistan exported to the Russian market directly more than 217 thousand tons of fresh and dried fruit and nuts worth about $ 224 million. However, in 2021 the volume of Uzbek fruit exports to Russia will sharply decrease.