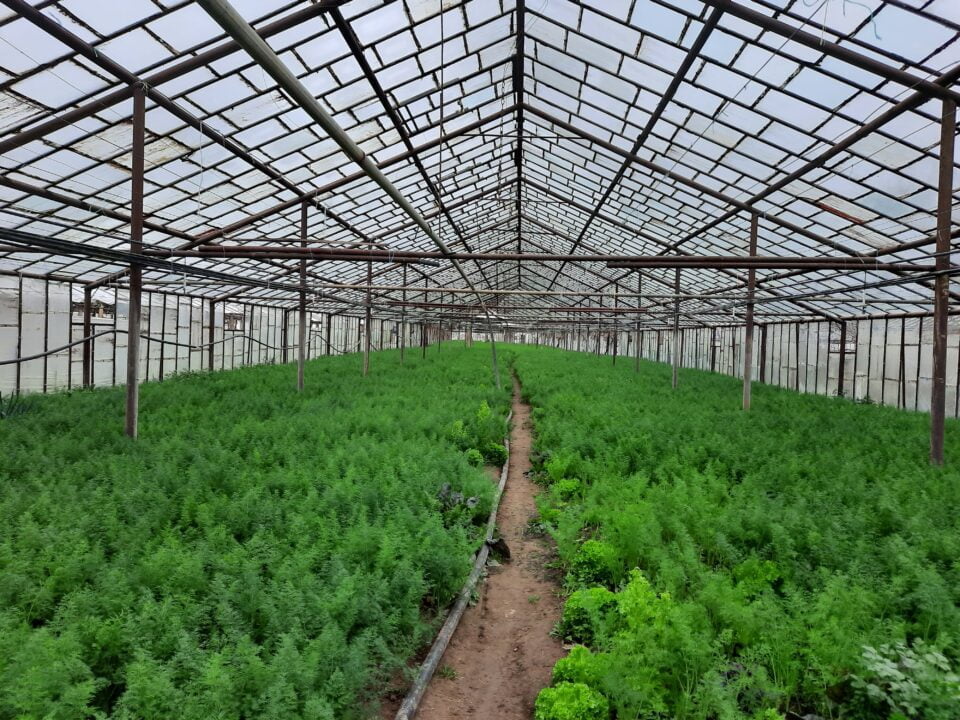 Georgia exported 835 tonnes of aromatic herbs in November-December 2021, which is 22% higher than in the same period of 2020. Despite the statistics, Georgian growers and exporters don’t feel like it’s a better season, and complain about prices, demand and quality. 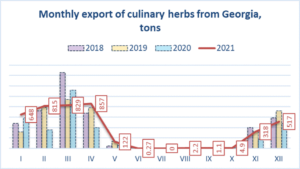 The main export market for Georgian aromatic herbs is Russia where their success depends on the situation in competitor countries like Uzbekistan and Iran, as they became traditional suppliers to the Russian market. Georgian herbs lost their positions in price and quality competition with them. However, last season Georgian producers were getting better prices because of the bad weather and logistics issues in competitor countries.

According to EastFruit monitoring data, on 26 January 2021, exporters were paying 6 GEL/kg ($1.81) to Georgian dill producers, which is the most demanded variety of aromatic herbs to export from Georgia. In 2022 growers are getting only 4 GEL/kg ($1.3), making local growers unhappy about the current season.

We already notified our readers about the unfavorable start of the aromatic herbs season in Georgia in December and continued to monitor the market, as aromatic herbs are one of the main export products for Georgia in winter on which the income of many small-scale producers depends.

Back in December, growers and exporters expected that the prices would improve in January, but their expectations appeared to be false. The prices still range between 3-4 GEL/kg ($0.98-1.3). The main reason is competition with Iranian herbs on the Russian market.

EastFruit asked Kakhaber Kavlashvili, the founder of company Green Valley, which produces aromatic herbs in Iran and exports to Russia to evaluate the situation on the market today.

According to Kavlashvili, the aromatic herb season in Iran started in December and will last until mid-March. The season there is in its peak right now and Iran actively exports herbs to Russia, although Kavlashvili emphasized decreased demand and prices on the Russian market, explaining it with worsening economic situation in Russia.

Kavlashvili explained that it is cheaper to produce aromatic herbs in Iran compared to Georgia due to lower labor cost and better climate conditions allowing them to produce herbs in the open field in winter. The only advantage of Georgia is lower cost of transportation, but the problem is in delays on Lars Checkpoint due to harsh weather in winter.

“Iran and Uzbekistan became the traditional aromatic herb exporters to Russia and it will be more difficult for Georgian producers to compete with them in terms of price and quality in the future. I see more opportunities in the European, rather than the Russian market for Georgian aromatic herbs, but to export in the EU we should start producing high-quality, Global GAP certified herbs,” Kavlashvili said.

In addition to increased competition, prices are affected by the quality of Georgian aromatic herbs this season. Due to unusually low temperatures in west Georgia, aromatic herbs are changing their color, decreasing their market value.

Usually, aromatic herbs’ exports from Georgia is at its peak in March, when supply from Iran and Uzbekistan on the Russian market declines and demand for Georgian aromatic herbs increases. This season won’t be an exception unless bad weather continues to damage the harvest, and we should expect prices to rise by March.