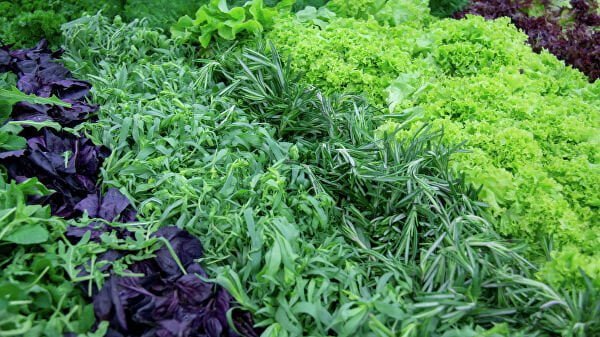 The harvesting and exports of herbs from the high tunnels of Western Georgia started a few weeks ago. The 2021/22 season will largely depend on traditional export markets such as Russia and Ukraine. According to local exporters, the largest market for the supply of Georgian greens, Russia, currently buys them from Iran. Fierce competition at this time of the season reduces prices for Georgian products.

Growers and exporters are not happy with the start of the season. Growers note lower prices compared to last year, and exporters point to quality problems. As they mentioned in a conversation with EastFruit, aromatic herbs are now prone to rot due to very wet weather in the western regions of the country.

In addition to Russia, Georgian aromatic herbs will be sold in Qatar, the Baltics and Bulgaria this season. Although export to these markets starts relatively late – in January.

According to a spokesman for Geo-Green, a company exporting aromatic herbs to the Baltic states, it has not yet started exporting because aromatic herbs from Central Asia are now sold in target markets cheaper than Georgian ones. The company plans to start exporting in January when negative pressure on prices from Uzbekistan eases.

Herbia is one of the largest producer of aromatic herbs in Georgia and at the same time the only one with the GlobalG.A.P. certificate. Along with domestic sales, the company exports to the Bulgarian market. According to the founder of Herbia, Zurab Janelidze, the exports have not started yet, because the harvest is still insufficient. The company only exports its own aromatic herbs and plans to start sales in January.

As to forecasts for this season, both growers and exporters expect prices to rise in January, although this will depend on the situation in competing countries. With production in the open field in Uzbekistan and Iran, Georgian exporters expect the weather in these countries to become harsher in January, leading to lower production.

According to the EastFruit price monitoring, the average wholesale price for all three types of aromatic herbs- dill, coriander and parsley – was 3 GEL ($0.96) this week, although prices for export-grade aromatic herbs can reach 4 GEL ($1.29). According to last year’s data, the average price for dill and coriander in the same period was 5 GEL ($1.52), and parsley was even cheaper than now – 2.5 GEL ($0.76).