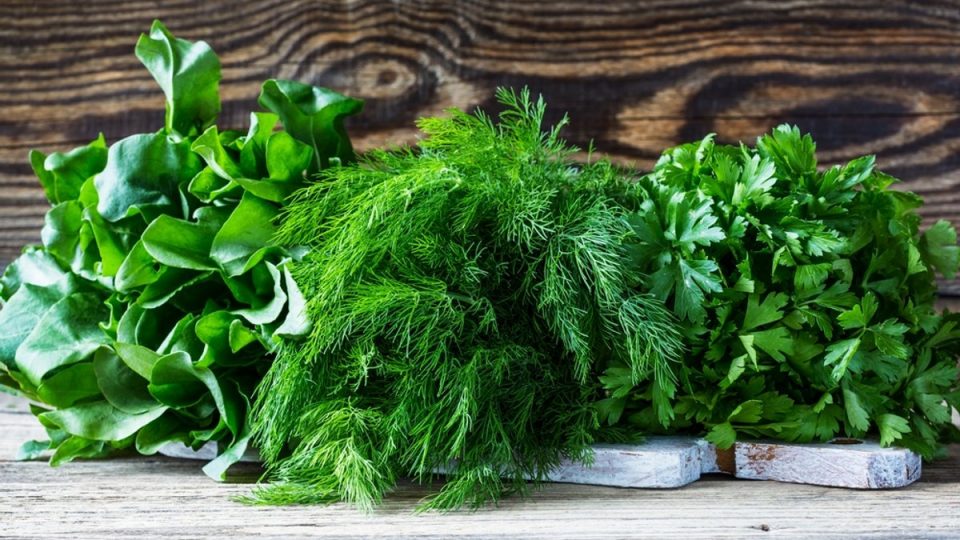 Home › News › Record prices for herbs in Russia, Ukraine, and Georgia — will Georgia seize the opportunity?

Results of EastFruit monitoring show prices for herbs in Georgia reached an unusually high level in January and February 2021. Georgian growers claim the issue is not about Georgian suppliers, but about the situation in international markets as well as logistical difficulties.

“The current season, which began in November 2020, has proven to be one of the most successful for Georgia’s herbs producers,” notes Katerina Poberezhnaya, a consultant to the Food and Agriculture Organization of the United Nations (FAO). Results from EastFruit’s weekly monitoring of wholesale prices show dill has risen in price most of all increasing 3 times in early February from $0.68/kg in 2020 to $2.13/kg in 2021. Cilantro (coriander) has risen by 50% from $1.00/kg in 2020 to $1.52/kg in 2021. Wholesale parsley has become 60% more expensive compared to the previous year with prices reaching $2.13/kg.

Official retail price statistics also confirm the price spike. According to Geostat, retail prices for herbs increased by 27% in January 2021 compared to 2020. This is 4.5 times higher than the growth in prices for other food products and 9 times higher than the rate of inflation in Georgia. Thus, in the food group, fresh herbs are among the top five leaders in terms of price growth rates.

Georgia usually exports 50-60% of the fresh herbs produced in the country. The assortment of Georgian herbs is quite traditional – cilantro, parsley, and dill. Since Russia is the main sales market for Georgian herbs, the situation with supply and demand in this particular market affects the prices of herbs in Georgia.

As of February 12th, herbs prices also increased on the Russian market. EastFruit monitoring data revealed wholesale prices for dill almost doubled over the year from $2.07/kg to $4.11/kg and rose for parsley from $2.23.kg to $4.24/kg. Wholesale prices for herbs in Ukraine are also at a record high for this time of the year; they increased by at least one third compared to last year.

The largest suppliers of herbs to Russia are Uzbekistan and Iran. Historically, Uzbekistan has exported to Russia at least five times more herbs than Georgia. According to EastFruit, as of February 12th, prices for dill from Uzbek producers increased 12 times during the year from $0.52/kg to $6.17/kg. In general, snowfalls and logistic issues due to harsh weather conditions were the main reasons for the active growth in prices for herbs, which were noted in January in many countries of the project’s monitoring. Besides the weather, Uzbekistan also had problems with heating greenhouses, which gave some additional advantage to Georgian producers. Thus, the rise in prices in Georgia is likely to be temporary and will last until production in Russia and supplier countries recovers. After that, supplies will rise and prices will begin to fall.

In addition, it should be taken into account that Russia is increasing its own production. In 2020, its domestic production of herbs increased by 17.6% compared to 2019. Russia’s imports of herbs in 2020 fell by 47% mainly due to problems with logistics. Herbs exports from Georgia to Russia decreased by 26% per year. Of note is the sharp increase in the supply of fresh herbs from North Macedonia to Russia – this country almost caught up with Georgia in 2020 in terms of herbs exports.

As world experience shows, the coronavirus pandemic has stimulated the population of almost all countries of the world to actively switch to healthier approaches to nutrition and consume more fresh fruits and vegetables. Fresh herbs are considered one of the most useful foods so their consumption is also actively growing.

We expect high prices to spur Georgian farmers to expand their herbs production in the coming season. Accordingly, we do not exclude that these factors will put pressure on prices in the future. Bear in mind that, as FAO experts have already noted, Georgia mainly concentrates on growing the two cheapest types of herbs and supplies them mainly to the country with the lowest prices for these types of herbs.

The current price extremes can be seen as a temporary opportunity for Georgian producers to boost revenues. If these revenues are converted into a new product line that includes globally promising basil, chives, mint, arugula, and other crops along with post-harvest refinement and marketing, such spikes could have long-term positive effects.

In the meantime, unfortunately, the approaches to the cultivation, packaging, and logistics of herbs in Georgia remain traditional and extremely ineffective, which can be seen with your own eyes in this video. Naturally, with such approaches, it will be rather difficult for Georgia to successfully compete in price on the Russian market with suppliers from Iran and Uzbekistan. In fact, the low technological level of production and inefficiency of processing, cooling, and logistics prevent Georgian herbs exporters from accessing the EU markets, where full traceability using GlobalGAP certification for production and HACCP certification for processing and packaging are required.

In Russia the first plums are sold on average 1,5 times cheaper than last year

“The Georgian hazelnut would be in high demand in the US if...

Apple harvest in Moldova will be significantly higher than last year but...