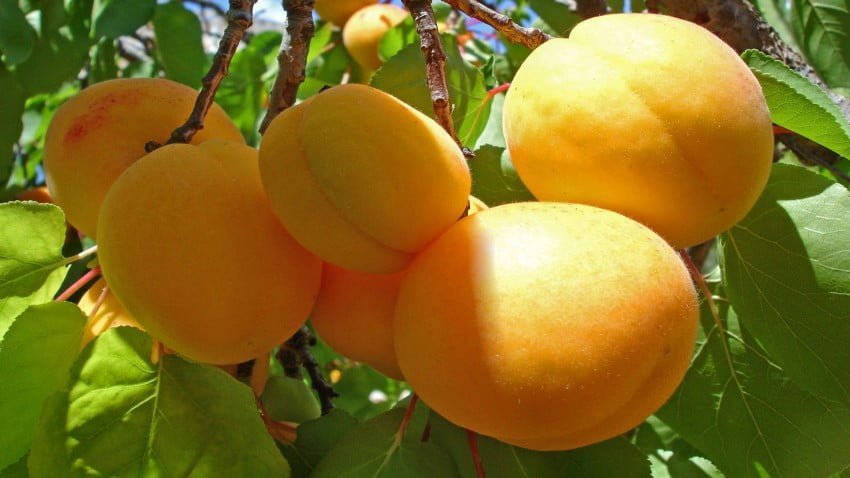 Back at the end of March 2021, EastFruit analysts forecasted a low apricot harvest in Uzbekistan, high prices and a sharp drop in its exports in the 2021 season due to weather anomalies – a sharp warming in winter and subsequent frosts in late February and mid-March. In most regions of the republic, the damage to the current apricot harvest caused by two waves of frost was estimated from 40% to 90% of the potential harvest.

According to the State Statistics Committee of Uzbekistan, in the first half of 2021, the exports volume of apricot amounted to only 8.8 thousand tons worth $ 7.7 million. In the same period last year, the republic exported 6.5 times more – 56.9 thousand tons. Considering that the season for exporting fresh apricots from Uzbekistan to foreign markets lasts three months – from May to July, the above data for the first half of the year can be attributed to two months – May-June. Thus, the exports of Uzbek apricots in May-June 2021 decreased 6.5 times in physical terms compared to the same period last year. However, there is an important note: ​​the exports of apricots from Uzbekistan in 2020 was a record one. 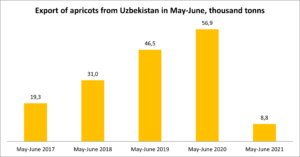 The three post-Soviet countries account for 96% of the exports of Uzbek apricot in May-June 2021:

How did the weather anomalies affect apple harvest in Uzbekistan?