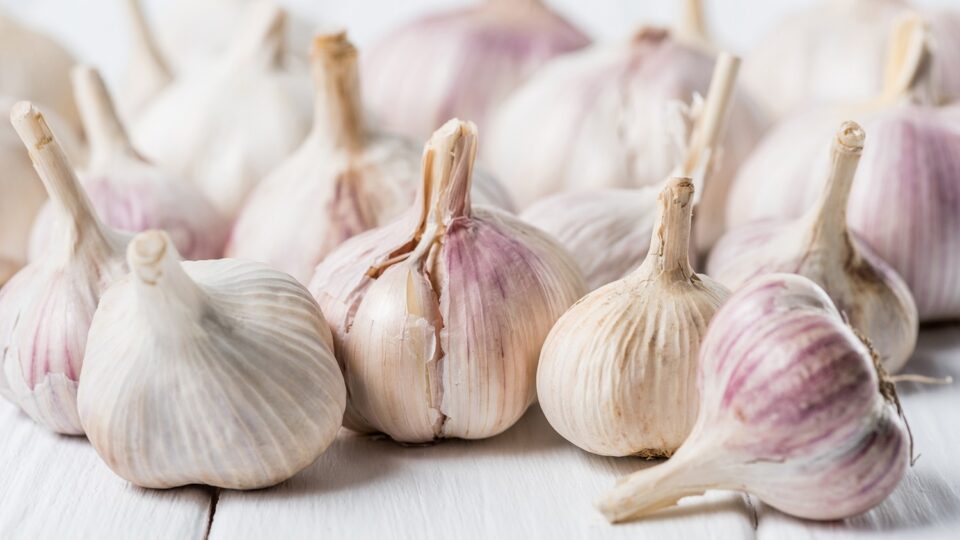 Home › News › A new variety of garlic patented in Uzbekistan

Scientists from the Scientific Research Institute of Vegetable Crops, Melons and Potatoes of Uzbekistan patented a new variety of garlic called “Zhanub”, which means “South”, in 2022. It ripens faster than other varieties, EastFruit experts report.

“One of the main advantages of the new variety is that it has a rather short ripening period – 200-215 days. In addition, the new variety has a very good yield, it produces large garlic with 13 cloves, and its quality fully meets modern market requirements. Regarding transportability and shelf life, the new variety has good characteristics,” the creator of the Zhanub variety, a researcher at the Scientific Research Institute of Vegetable Crops, Melons and Potatoes Bakhodir Salomov commented in an interview with Uzbekistan 24 TV channel.

“We submitted the documents to the Intellectual Property Agency and received a patent for the variety. Our next task is to establish the production of seeds of the new variety,” Fakhriddin Rasulov, scientific secretary of the Scientific Research Institute of Vegetable Crops, Melons and Potatoes, says.

We remind you that EastFruit wrote at the end of November that after many years of research, scientists from the Institute developed a new variety of rocambole. This vegetable is also called sand leek, Egyptian onion, or Spanish garlic. The new variety is named “Baraka” and can be grown in Uzbekistan. The variety was patented in October 2022. Although it has not yet become widespread in Uzbekistan, it is expected to be grown on almost every farm in the country soon.