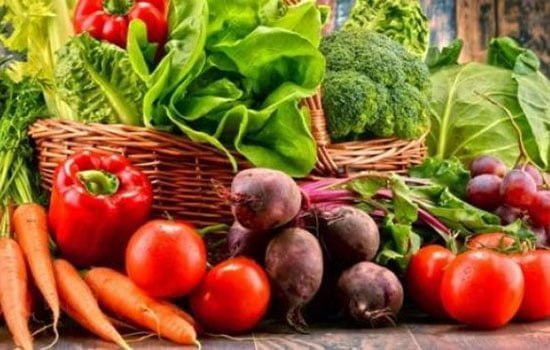 Home › News › Why are traditional vegetables so expensive in Ukraine?

EastFruit experts note the growing interest of Ukrainian consumers in understanding why borsch vegetables are so expensive.

Indeed, it is difficult for many to understand why the retail price for cabbage now ranges from 21 to 25 UAH/kg, while last year at the same time, it was sold at an average of 4-5 UAH/kg. And how can cabbage cost more than apples?

By the way, cabbage, carrots, onions and table beets were sold at approximately the same retail price a year ago – within 4-5 UAH/kg. However, all four of these important vegetables are now many times more expensive. Table beets are now sold in supermarkets in Kyiv at 16-18 UAH/kg, onions – at 13-16 UAH/kg, and carrots – at 15-20 UAH/kg.

However, how can one explain such high prices for beets, carrots, onions and especially cabbage, and why prices for borsch vegetables have risen so sharply over the year? We will also try to figure out whether there are prospects for lowering the prices.

Probably, this will come as a surprise to many in Ukraine, but despite the ban on the export of vegetables from Ukraine to Russia, it is Russia that is mainly “to blame” for the high prices for vegetables in Ukraine. Moreover, there are two important factors that led to an increase in vegetable prices in Ukraine, and which are directly related to Russia.

The first factor is the unprecedented shortage of vegetables in the Russian market. Since Russia has isolated itself from the markets of Ukraine and the EU, it is not easy to fill this deficit, and as a result, local consumers are forced to pay incredibly high prices for vegetables and potatoes, losing billions of dollars on this. This problem was previously partially solved by Belarus, which re-exported vegetables banned in Russia from the EU countries, but it has banned the import of vegetables and fruits from the EU and a number of other countries since January 1, 2022.

However, if Ukraine cannot export vegetables to Russia, how do the developments in the Russian market affect the Ukrainian market? It’s simple – Russia buys cabbage, carrots, beets and other vegetables wherever it can. Belarus has traditionally been a major supplier, but it also faced a crop failure in 2022, so it began to purchase vegetables in Ukraine. Today, the export of vegetables to Belarus is more profitable than their sale on the domestic market of Ukraine, and it is easy to guess that these Ukrainian vegetables are likely to end up on the Russian market.

The second factor that leads to an increase in prices for vegetables in Ukraine is also directly related to Russia. Due to the concentration of Russian troops on the borders with Ukraine and the threat of their invasion into the country, the national currency of Ukraine has been actively devaluing in recent weeks. This makes exports even more profitable, which means that the supply of vegetables for the domestic market is reduced. Thus, retailers have to raise prices in order to purchase vegetables from growers.

In the case of cabbage, another factor is added – the increase in the cost of imports. After all, Ukraine is now importing cabbage from Poland. If the UAH devalues, even with the price for cabbage in Poland remaining the same, its price in Ukraine grows in proportion to the devaluation of the UAH.

Of course, one cannot but take into account the reducing production of traditional borsch vegetables in Ukraine. “In recent years, grain prices have risen to record levels, while prices for borsch vegetables in Ukraine have remained stable. This almost equalized income per hectare of grains with income per hectare of vegetables. The risks in growing vegetables are much higher, it is more difficult to grow them, they are far from being stored as well as grains. Losses during storage of vegetables are much higher and even market risks are ten times higher than in the case of grain, which can always be easily sold. This has led many vegetable and potato growers in Ukraine to abandon the production of table beets, onions, carrots, cabbages and potatoes in favor of grains,” explains Andriy Yarmak, economist at the Investment Centre of the Food and Agriculture Organization of the United Nations (FAO).

Will vegetable prices go down in the near future and in the new season? Unfortunately, there is no definite answer to this. However, the EastFruit team in Central Asia confirms a sharp increase in the area planted with early cabbage, the harvest of which is beginning in the southern regions of Uzbekistan and Tajikistan. It is possible that it will become available on the Ukrainian market in February, leading to a reduction in wholesale and retail prices for cabbage.

As for other vegetables, one should not expect a significant decrease in their price in Ukraine in the coming months, given the situation with production and logistics in other countries of the region.

Opinions about the prospects for a new harvest are divided. Many market participants believe that high prices will lead to a sharp increase in acreage in Ukraine. Others point to the fact of a sharp increase in the cost of inputs, especially fertilizers, which may act as a deterrent to increasing areas, and may also affect vegetable yields.