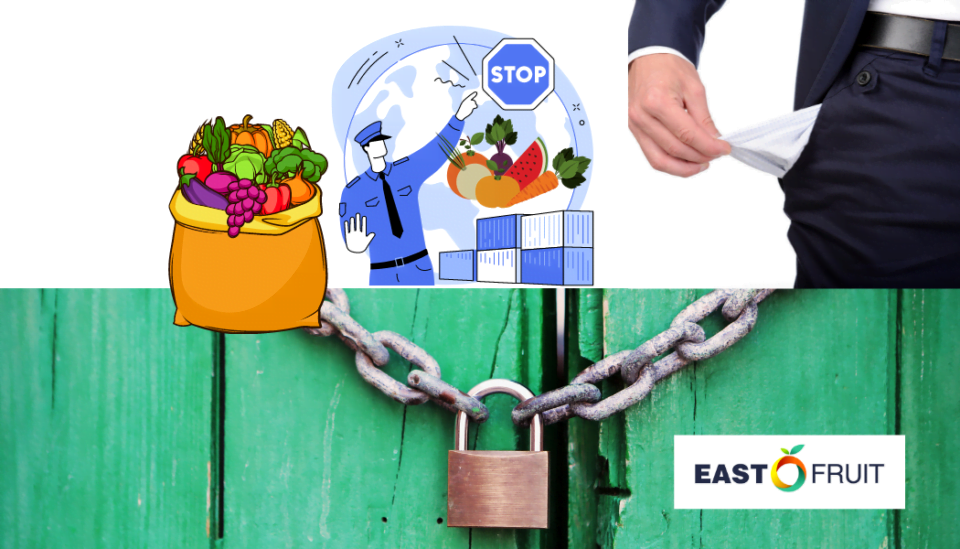 EastFruit analysts draw attention to the fact that the self-isolation of Belarus and Russia is costly for local consumers of fruits and vegetables. This, in turn, affects their consumption of fresh fruits and vegetables, which is the most important factor for strengthening immunity and maintaining health.

The access of Russian and Belarusian consumers to fresh vegetables and fruits has especially worsened after the embargo on their supply from the EU to the Belarusian market from January 1, 2022. It is no secret that Belarus has long been the largest re-exporter of European fruits and vegetables banned in Russia to its market. Accordingly, not only Belarusian, but also Russian consumers suffered from the embargo.

How much does such self-isolation cost for consumers in Russia and Belarus? Since the announcement of the Belarusian embargo, the main set of vegetables and fruits, which were previously imported at least partially from the EU, including the basic vegetables of the borscht set, has risen in price by 25-35% average. According to EastFruit, vegetables are now on average twice as expensive as last year, and fruits are 20-40% more expensive.

According to our estimates, Russian consumers will overpay about $1 billion for potatoes alone in 2022 compared to normal cost without embargo. Consumers from Belarus will lose about $150 million on potatoes. If we take into account all the vegetables of the “borscht set” and fruits, consumers of Russia and Belarus will overpay more than $2 billion due to embargoes.

Such market distortions stimulate the growth in the production of potatoes, cabbage, carrots, beets, as well as apples in countries such as Iran, Turkey, Uzbekistan, and Kazakhstan for supplies to Russia and Belarus. However, Kazakhstan introduced a ban on the exports of parts of the fruit and vegetable group, in particular, potatoes. Logistics from other above-mentioned countries is much more expensive than from the EU, as the main consumption in Russia is concentrated in the European part of the country, and Belarus itself is located in Europe. Thus, consumers are forced to overpay for products, but this additional margin goes to transport companies. In addition, excess kilometers of transportation exacerbate environmental pollution and lead to significant losses of perishable fruits and vegetables. It is consumers that will have to pay for all of this.