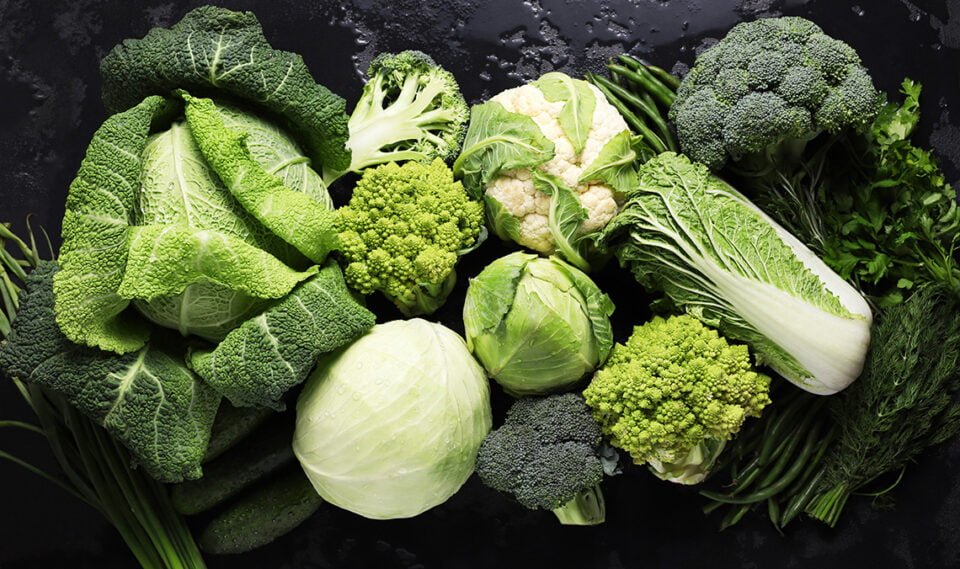 In February and March, EastFruit wrote about record export volumes of the main types of cabbage from Uzbekistan in January-February 2022 due to the rush demand in foreign markets. In the following months, the main external markets remained favorable for Uzbek producers and exporters of white cabbage, Chinese cabbage, cauliflower and broccoli.

In the first half of 2022, record volumes of all major types of cabbage compared to the same periods in 2018-2021 were exported. At the same time, Chinese cabbage, cauliflower and broccoli showed the highest growth rates, EastFruit analysts say.

According to preliminary data from the official foreign trade statistics of Uzbekistan, export volumes in physical terms for the main types of cabbage in January-June 2022 amounted to:

In the period under review, the export of white cabbage increased by 38% compared to the same period in 2021. Given that export volumes of cabbage from Uzbekistan were relatively stable in the first half of 2018-2021, ranging from 74 000 to 84 000 tonnes, the volume of white cabbage exports in the first half of 2022 in physical terms exceeded the average volume for the same period in 2018-2021 by 42%. 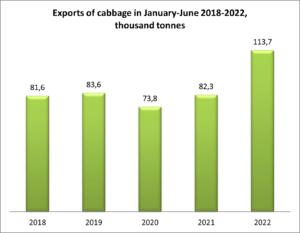 In January-June 2022, more than 99% of white cabbage were shipped from Uzbekistan to the EAEU countries, the rest was exported to the following countries: Ukraine – 227 tonnes, Latvia – 98 tonnes, Moldova – 41 tonnes, Poland – 40 tonnes and Afghanistan – 20 tonnes. 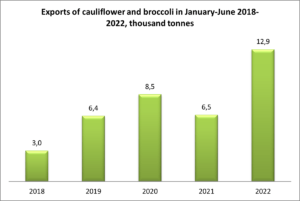 In January-June 2022, about 98% of exports of cauliflower and cabbage from Uzbekistan accounted for the EAEU countries, the remaining 2% were shipped to Ukraine.

Chinese cabbage is the record holder in terms of export growth rates among the main types of cabbage. Considering that export volumes of Chinese cabbage from Uzbekistan in the first half of 2018-2021 were relatively stable – from 660 to 800 tonnes, then the export volume in the first half of 2022 was 4.4 times higher than the average for the same period in 2018-2021. 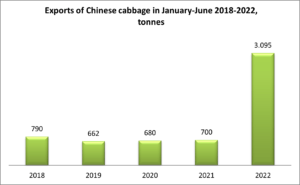 In the first half of 2022, about 98% of Chinese cabbage from Uzbekistan was shipped to the EAEU countries, the rest was exported to Mongolia – 51 tonnes and Moldova – less than 20 tonnes.