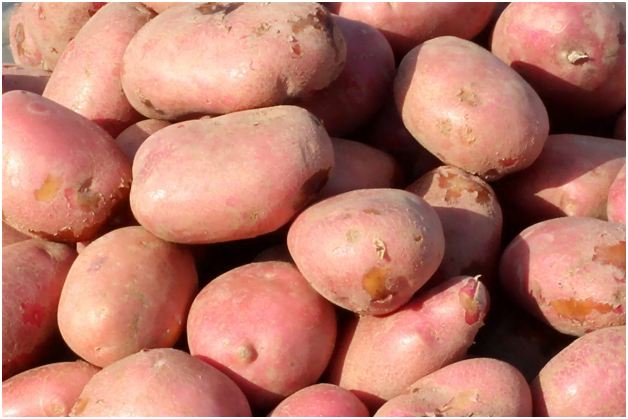 Home › News › Ukraine has the lowest prices for potatoes, but the highest retail markup

During the audit of the fruit and vegetable departments of supermarkets in five countries of the region, EastFruit experts determined, among other things, the average retail prices in stores in Kyiv, Chisinau, Tbilisi, Dushanbe and Tashkent. Since the project also conducts weekly monitoring of wholesale prices, we had enough information to compare retail markup for different products in different cities.

This information allows us to draw very interesting conclusions. For example, with the lowest prices for potatoes in the region, both in wholesale and retail in Ukraine, the retail markup in supermarkets in Kyiv was the highest for potatoes and amounted to 85% of the wholesale price!

Learn more about the retail trade of vegetables and fruits, including the sales volume of potatoes in the chains during the first international Retail Forum on December 2, 2021 in Kyiv. You can register to take part in the Forum and in the conference “Fruits and Vegetables of Ukraine 2021” at this link.

“It is obvious that Ukrainian consumers have got used to high retail prices for potatoes in 2019-2020. Therefore, despite a sharp decline in wholesale prices after the harvest in 2021, supermarket chains were in no hurry to reduce retail prices. Notably, the wholesale price for potatoes in Ukraine decreased by 31% over the year, but the retail price in Kyiv did not decrease at all, while supermarkets in other regions still reduced retail prices by 1-5%”, – says Andriy Yarmak, economist at the Investment Centre of the UN Food and Agriculture Organization (FAO).

However, he asks not to blame supermarket chains. “In part, potato prices in retail did not go down because we noticed an increase in the quality of potatoes in stores, although not sharp enough. High-quality potatoes can and should be sold at a higher price, because low-quality potatoes on the shelves lead to huge losses for all market participants. The second reason is the high growth rates of supermarkets’ costs for staff, rent, energy and other, forcing them to raise markups on products so as not go bankrupt. One should not forget that the costs of supermarkets in Kyiv are higher than in the capitals of other countries where we conducted the audit, and retail prices for potatoes are the lowest” the expert explains.

The retail price for potatoes in the capitals of Moldova and Tajikistan is on average 40% higher than in Kyiv, and in the capitals of Georgia and Uzbekistan – more than 1.5 times higher. The lowest markup for the sale of potatoes at the time of the audit was in Dushanbe – only 17% against 85% in Kiev. However, the costs were also much lower there.

The situation is similar in Tashkent, the capital of Uzbekistan – the market for potatoes was only 28%, although it was in Uzbekistan that the supply of potatoes was the tensest. In Tbilisi, the markup of supermarket chains when selling potatoes was average, but in Chisinau it almost reached the Kyiv level and amounted to 76%.