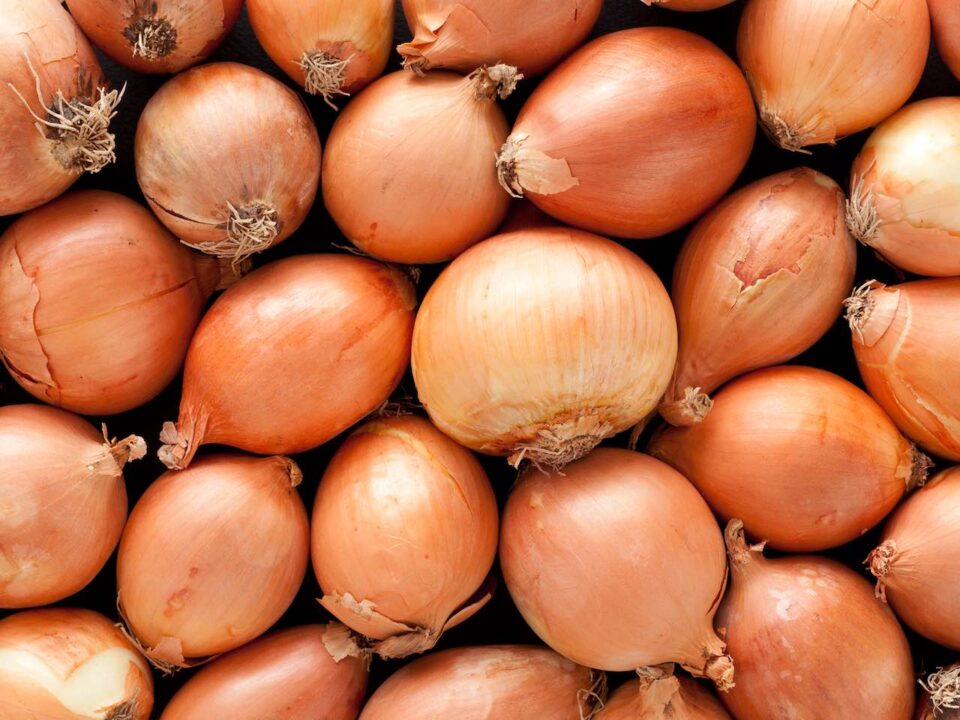 A top view of a layer of yellow onions. The onions have brown skins. They are arranged randomly. The medium sized onions fill the horizontal frame. This vegetable background shows healthy unbruised onions. Some onions are round while others are oval.
Home › News › Pakistan remained the main buyer of Uzbek onions in November

EastFruit wrote in October 2022 about Pakistan’s increase in onion imports from Uzbekistan. Pakistan started importing Uzbek onions in August 2022 when it suffered a huge loss of local crops due to floods, which reached catastrophic proportions in 2022. If the monthly volumes of onion exports from Uzbekistan to Pakistan did not exceed 3 000 tonnes in August and September, they increased several times in October compared to the previous two months. 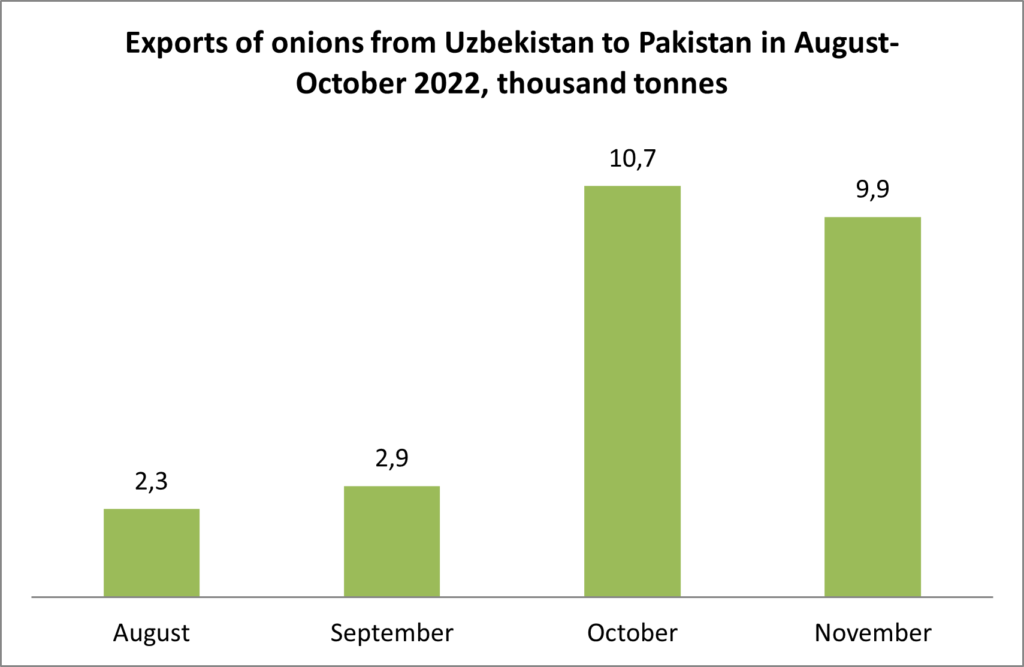 The share of Pakistan in the total export of Uzbek onions in August-November 2022 increased from month to month: 70% in August, 79% in September, 87% in October, and 96% in November!

It should be noted that Iraq and Afghanistan were among the importers of Uzbek onions in October-November, as well.

Read also: Uzbekistan sets an anti-record for cherry exports to China in 2022

Besides, Uzbekistan exported almost 200 tonnes of onions to Afghanistan in November 2022 – 2% of total exports this month.

As for the geography of onion exports from Uzbekistan in November 2022, 99% of the volume was supplied to three countries – Pakistan, Iraq, and Afghanistan. The rest (about 100 tonnes) was delivered to Kazakhstan (89 tonnes) and Kyrgyzstan (11 tonnes).