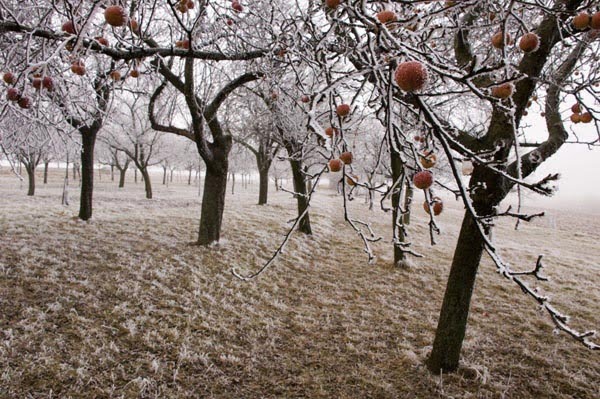 In December 2020, abnormally warm weather settled in Moldova mainly up to +10 and +11 degrees Celsius in the day time. At night in most of the region, the temperature was also above zero. According to the meteorological forecast, relatively warm weather will remain until the end of the first ten days of January.  For fruit crops, this sharp warming is not accompanied by an increase in agro-technological risks, even if the warm period lasts for a long time and then frosts come suddenly according to the experts from agricultural producer organizations.

Experts note that the fall of foliage on perennial plantations in the country began quite late and ended only at the end of November. In December, the plants entered the dormant phase, which on average lasts about 90 days for fruit crops. The only exception is almonds, which can come out of dormancy and start growing after two weeks in favourable weather conditions. From this point of view, December’s thaw was an adverse scenario for walnut growers.

At the same time, the agrarians are not able to level December warming. Previously, they used snow retention technologies for this purpose, but there has not been any significant and stable snow cover in Moldova for several years.

However, there are certainly positive aspects of this. Warm, snowless weather is a good condition for pruning on perennial plantations, and some farmers make use of this opportunity.