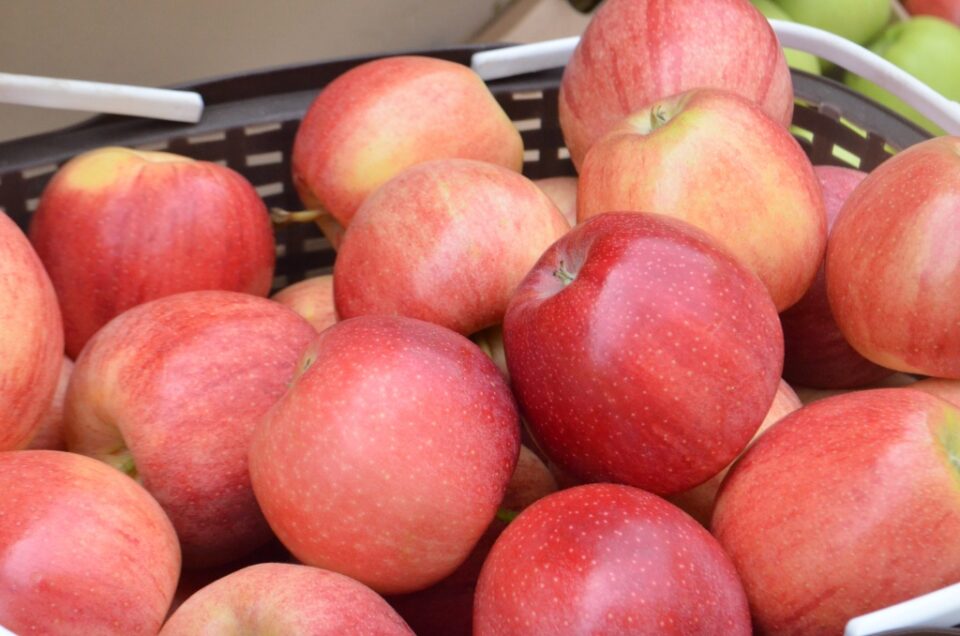 EastFruit analysts have repeatedly pointed out Iran’s rapid progress in apple exports. However, for some reason, Iran’s progress in this business remained virtually unnoticed by leading market participants. Therefore, the fact that in 2020 Iran, according to our estimates, supplied $ 800 million worth of fruit and vegetable products to the Russian market alone, was a real surprise for many!

Now we have made another sensational discovery – according to the results of the 2020/21 season, Iran may very well become the leader in the world ranking of fresh apple exporters! Here is why we think so.

As of the end of March 2021, Iran has already exported 743 thousand tons of fresh apples. Moreover, in March 2021, apple exports from Iran were still unusually high for this period of the year – 157 thousand tons in just one month! For comparison, Ukraine exports yearly four times less apples than Iran in March 2021 along!

According to EastFruit forecasts, in April-July, apple exports from Iran may reach 180-220 thousand tons, which means that the total volume of apple exports for the season will be about 950 thousand tons. It is even possible that the export of Iranian apples may exceed the psychological mark of 1 million tons per season!

Only three countries managed to export more than 1 million tons of fresh apples per season in the past: China, Poland and Italy. The United States also approached this indicator closely.

The most interesting fact is that a couple of years ago it seemed that the positions of the five global leaders in terms of apple exports were absolutely unshakable. Poland, Italy, China, USA and Chile kept a decent gap of at least 300 thousand tons from other large apple exporters. At the same time, at the end of 2019, Iran was barely among the top ten leaders. Check out our video (in Russian language) on how the 15 largest exporters competed for leadership in the last 17 years here, where we spoke about the rise of Iran on this market.

“If by the end of 2020/21 Iran exports 950 thousand tons of apples, which is very likely, it might end up atop the global ranking of apple exporters. Following the trade stats, I see that the monthly exports of apples from Iran after the new year began to exceed the volume of fresh apple exports from China. Also, in the current season, Iran has consistently exported more apples than Poland, and in the second half of the season it exported more apples than Italy. Because these countries are the main contenders for the global leadership in the apple exports, Iran’s chances to lead the ranking by the end of the 2020/21 season are very high, ”says Andriy Yarmak, economist at the Investment Centre of the Food and Agriculture Organization of the United Nations (FAO).

Moreover, according to trade sources, not all of the apples exported from Iran get reflected in the official trade statistics. In particular, part of the apple volumes are supplied to foreign markets through the mediation of Azerbaijani fruit traders and is listed in statistics as apples from Azerbaijan. Therefore, the real export volumes of Iranian apples may be even higher. However, these are just unconfirmed assumptions.

The main markets for Iranian apples in the current season were Iraq, Russia and Afghanistan. These three countries accounted for 73% of apple exports from Iran in August 2020-March 2021 inclusive. Another 29% of apples from Iran were exported to India, the United Arab Emirates and Kazakhstan. Through the UAE, the Iranian apple got reshipped partly to the other countries of the Middle East and Sub-Saharan Africa but most of it was consumed in the UAE.

By the way, apples from Iran have become one of the reasons why Moldova is facing problems in selling apples on the Russian market. It has significantly increased the level of competition in the same price segment in which Moldova positions its apples. The expansion of Iran in the apple market will indirectly affect exporters from Italy, China, Ukraine, France and Serbia in the markets of the Middle East and Southeast Asia. One also needs to keep in mind that apple suppliers from Turkey, where production is also growing rapidly, are targeting the same markets in the same period of time.

“Apples exports from Iran nearly double each year, if we look at the recent five seasons. These are the highest export growth rates among the top 15 global apple exporters. I would also like to remind you that the global apple trade has been stagnating for several years in a row under the influence of competition from berries and exotic fruits. While global apple production is growing by 2% per year, global apple exports are declining by 1% per year. Accordingly, Iran is currently actively pushing other suppliers out of this market, since it has the ability to export products at a very competitive price, ”explains Andriy Yarmak.

Among the large exporting countries that have reduced the volume of apple exports in the past five years, are France, Italy and the United States. In general, France is the world leader in terms of apple exports decline.

However, things aren’t necessarily very rosy for Iran on the world apple market. Focusing on the low price segment while rapidly increasing production and export volumes, Iranian exporters are faced with the need to constantly reduce prices amid rising costs of logistics. Accordingly, this affects the margins in the apple business, especially in the low price segment, which Iran is currently focused on. It will not be easy to improve the quality of Iranian apples, because it will require heaving investments into upgrades of the orchards, and into modern technologies for production, postharvest handling and storage. These investments are hard to justify when your margins are low.