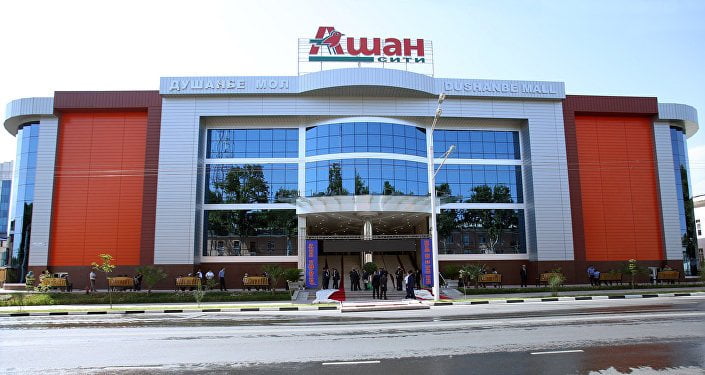 In an exclusive interview with EastFruit, Makro supermarket chain CEO Roman Sayfulin said that the chain was negotiating with Auchan to enter the food retail market in Uzbekistan.

“Since 2016, we have been negotiating with representatives from the French network Auchan. Unfortunately, they failed to enter the retail market of Uzbekistan, but the team that worked here for a long period of time brought for the first time a whole book of fruit and vegetable standards,” says Roman Sayfulin.

In 2016, the first Auchan hypermarket was opened in the capital city Dushanbe of neighbouring Tajikistan. This event was the starting point for the creation of the EastFruit platform. Considering the difficulties that Auchan experienced in purchasing local fruit and vegetable products as well as the prospects for further development of the country’s food retail, the Food and Agriculture Organization of the United Nations (FAO) together with the European Bank for Reconstruction and Development (EBRD) began to conduct training sessions and conferences on the development of production, processing, and trading of fruits and vegetables in Tajikistan.

Read also: Supermarkets in Uzbekistan – bananas, apples, mandarins account for over half of sales; fresh berries most difficult category

In November 2020, Auchan was the best supermarket in Dushanbe according to the comprehensive assessment of the fruit and vegetable department in our retail audit. However, the working conditions in Tajikistan for the chain continued to remain difficult and EastFruit auditors received a lot of complaints about the fruit and vegetable department of Auchan. Schiever Tajikistan, the Auchan franchisee, launched smaller Bi1-branded stores, but the produce departments in these stores were eliminated altogether.

Currently, there is a real boom happening in the development of supermarkets in Uzbekistan. Makro is going to double the number of its stores in 2021. Baraka Market is a new chain that opened its first store in December 2020 and plans to increase their number to 50 in two months and open 800 stores in two years! Carrefour, a large international food retail operator, is already operating in Tashkent and is actively competing for retail space with Macro. The Korzinka.uz network is going to bring the number of stores in the chain to 140 by 2025 thanks to the EBRD’s investments.

Nevertheless, the Auchan supermarket chain continues to be one of the leaders in the region’s fruit and vegetable retail sector according to EastFruit estimates, which is largely due to its relatively successful work in the Ukrainian market.

Video of the interview with Roman Sayfulin can be viewed on the EastFruit YouTube channel.