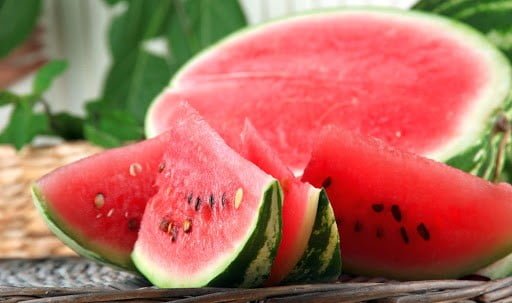 Home › News › Despite the collapse in prices, Ukraine has reduced exports and sharply increased imports of watermelons

EastFruit analysts continue analyzing the recently ended watermelon season, which has become one of the most unexpected for Ukraine and Europe. As international trade data become available, we get even more shocking figures of losses of watermelon growers in Ukraine in 2021.

The prices for watermelon in Ukraine started from rather high levels at the very beginning of the season, but quite unexpectedly for most market participants they fell to almost zero, when fields full of watermelons in the southern regions were offered for free, provided harvesting costs covered. The watermelon collapse in Ukraine was accompanied by the absence of demand in the global market.

This is confirmed by the data on product exports. As of the end of August 2021, only 5.5 thousand tonnes of watermelons were exported from Ukraine – 4 times less than on the same date in 2020 and less than ever before! Recall that watermelons could be bought very cheap in Ukraine at that time, but they could not be exported even at the lowest prices, as prices were extremely low in Poland, the main market for Ukrainian watermelon. Until the beginning of October 2021, prices for watermelon in Poland remained at a level that did not even cover the costs of its exports from Ukraine, and were on average 2 times lower than in 2020.

Read also: Uzbekistan exported record volumes of cherries and watermelons to Belarus in 2021

It is possible that the volume of watermelon exports from Ukraine will grow sharply in September, although they usually begin to decline in September. However, as we said, the market was unusual in 2021. Prices on the European market in the second half of September began to grow slightly, so the demand for Ukrainian watermelon should have somewhat recovered. Nevertheless, it is obvious that watermelon exports from Ukraine will be record low in 2021, despite very low prices. As for the revenue of exporters, a catastrophic decrease is expected here.

Will this lead to a reduction in the area planted with watermelons in 2022, and, as a result, another sharp rise in their prices? This is usually the case, as small growers often switch to other crops after unsuccessful seasons.

Moldova has expanded the geography of apple exports this season