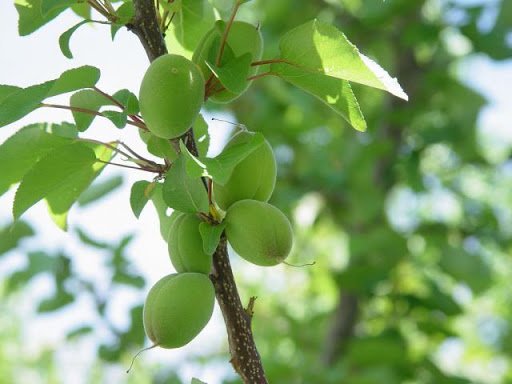 Home › News › Despite frost, dovcha appears in supermarkets of Uzbekistan! Where did they come from?

EastFruit learned that all supermarkets in Uzbekistan are offering the first harvest of dovcha. This is despite the damage to early apricot varieties in central Uzbekistan caused by the late February frosts. Prices for dovcha are still “biting” from 15,000 to 22,000 soums per 100 gramm ($14-22/kg) of the first batch of this fruit delicacy.

Dovcha (also called dovuccha) are green apricots, which is a favourite snack in the countries of Central Asia and, in general, a very useful product. EastFruit published a video about it last year. In neighbouring Tajikistan, it is called “gura.” This is the first fruit of the new harvest whose appearance on the market marks the beginning of a new season. It is interesting to note that the origin of this fruit is a mystery to our specialists.

A quick survey of apricot growers in the southernmost regions of Uzbekistan and Tajikistan by EastFruit experts showed that they do not yet have green apricots ready for the market. Dovcha in the supermarkets of Uzbekistan is most likely imported or grown indoors in the southern regions. Not much is known about any greenhouse projects for apricots in Uzbekistan and Tajikistan either but greenhouse projects were discussed last week during EastFruit’s national online conference “Apricot business in Tajikistan: efficiency of production, processing and marketing.”

In the coming days, another cold snap with frost is approaching Central Asia, this time accompanied by strong winds. This can cause significant damage to the harvest of stone fruits such as apricots, cherries, peaches, plums, and table grapes. The risk of crop loss is especially high in the southern and central regions of Uzbekistan. The weather forecast for the Fergana Valley is still the most favourable.