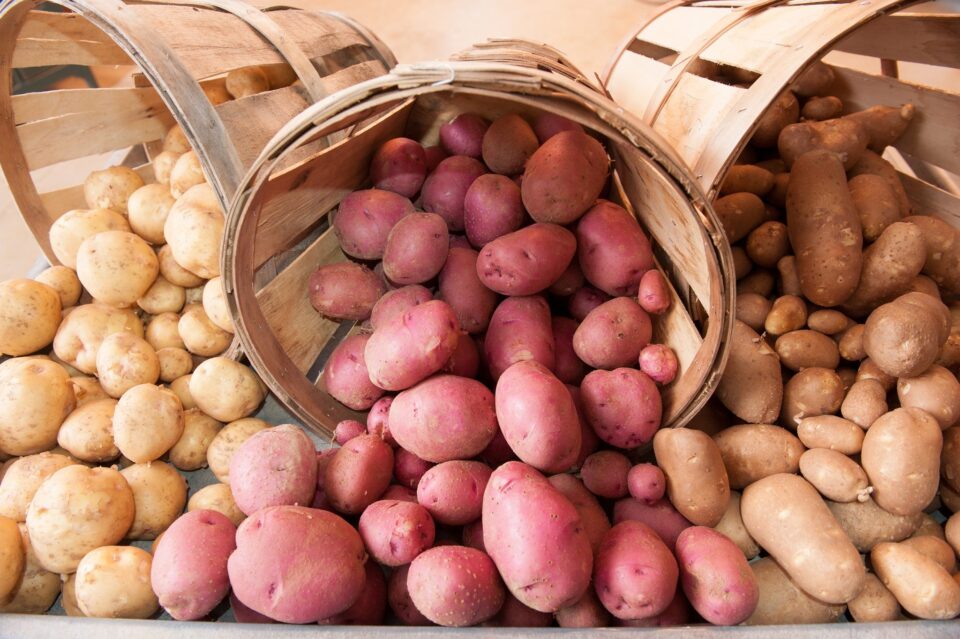 Home › Horticulture market › Market reviews › How have potato prices changed over the year in Eastern Europe and Central Asia?

According to EastFruit analysts, the region’s potato market has stabilized after massive imports in the first half of the season. Harvesting of early varieties of potatoes will start in the southern regions of the countries of Central Asia in the coming months. In the meantime, intermediate conclusions can be drawn on the change in potato prices over the year, where they are the lowest now, and where you have to pay more.

As we see from the table below, Poland became the leader in terms of the relative increase in the price of potatoes. However, the situation with potatoes in Poland was very difficult last year – lockdowns and the closure of restaurants and hotels led to the shutdown of factories for processing potatoes into French fries. This led to a drop in prices to a critically low level. Therefore, the base for comparison was too low and such a figure should not surprise anyone. Even with such a seemingly sharp increase in the potato price in Poland over the year, it is now lower than in the “pre-Covid” years in the same period. 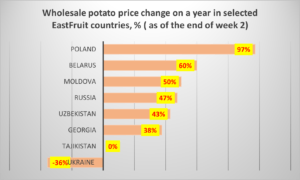 But for other countries the price dynamics is indicative. In Ukraine, where the quality of potatoes is low and temporarily they cannot be exported even to Belarus, prices are now 36% lower than last year. This is despite the fact that prices have increased quite significantly over the year in all neighboring countries. Belarus is the leader in terms of price growth in the region – potatoes are now on average 60% more expensive there than last year.

Russia managed to stabilize the market with large imports, including imports from Iran. Therefore, potatoes in Russia are on average 50%  more expensive than at the same time in 2021. In Uzbekistan, the price of potatoes has risen by 43% over the year, and the record of potato imports was updated again. Given the situation in Uzbekistan, the market in Tajikistan looks surprisingly stable, where potato prices have not changed at all over the year and are at a quite affordable level. Local experts explain this by the fact that local potatoes are not originally intended for exports, so it is rather difficult to collect a commercial batch of potatoes of uniform quality in Tajikistan. This protects the market from rising prices. Otherwise, local potatoes would have long ago been exported in larger volumes to the Russian Federation, Kazakhstan and Uzbekistan.

Noteworthy is the moderate increase in potato prices in Georgia and Moldova. Both countries quite unexpectedly became exporters of potatoes in the 2021/22 season, which allowed prices to rise slightly.

However, if we look at the absolute price level, it turns out that potatoes in Moldova are still relatively cheap. Obviously, market participants are dissatisfied with this. Moldova can import from Ukraine, where prices are the lowest in the region, or in Poland, where they are only $0.02 higher than in Ukraine. 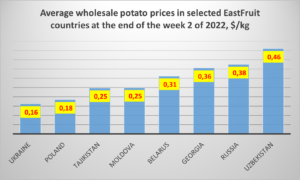 On the other side of the table is Uzbekistan with the most expensive potatoes in the region, as it was last year. Nonetheless, the gap between Uzbekistan and Russia in terms of potato prices is very large. Russia and Georgia also have a high level of prices for potatoes, as it was last year. Belarus joined them this year, where prices are usually much lower than now.