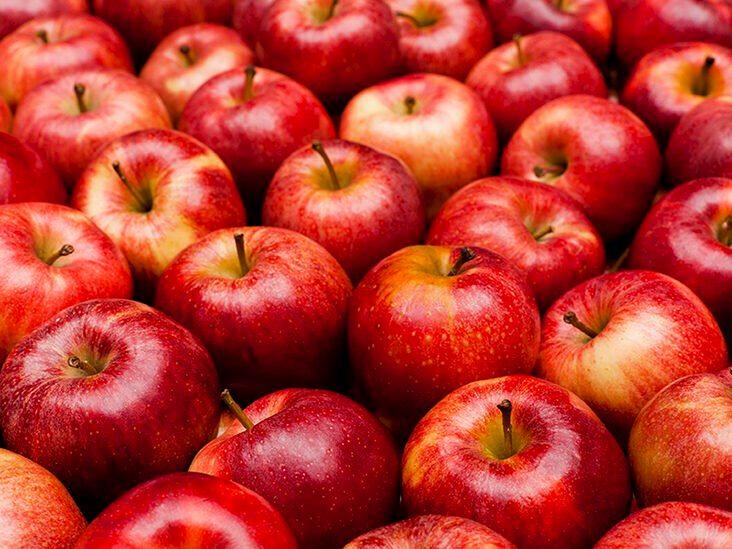 The EastFruit team in Moldova prepared an analysis of the results from 2020 for the horticulture industry in the Republic of Moldova with links to its most profound materials. For our colleagues’ summary of Georgia in 2020 everything turned out very positively; however, in Moldova, it was almost exactly the opposite although there were some positive moments.

The main event of the year was the drought of 2020, which was catastrophic for many farmers. Moreover, this drought was a continuation of the moisture deficit in 2019, which exacerbated its negative impact.

Yet, problems started with the spring frost, which severely damaged the stone fruit segment, especially apricot and peach orchards, and berry crops were also affected. Precipitation at the turn of spring and summer, during the harvest period of sweet cherries, worsened the quality of these mid-ripening and late-ripening varieties. As a result, the remaining hopes of farmers to earn on the supply of these products to the European Union washed away.

Summer drought severely reduced the prospects for plum and apple yields of most varieties, which were initially predicted to be at a high level (and there were prerequisites for this in spring). Prices for many types of exported products in 2020 did not increase significantly compared to the average indicators of the previous year, and in some cases, like some types of berries, even decreased. As a result, a slight increase in prices for products did not compensate for the losses from reduced production.

Despite a sharp decline in production, significant stocks of apples, grapes, and vegetables from the 2020 harvest still remain in warehouses. The answer to the question of what the prices for these products will be in the first half of 2021 is unpredictable.

A detailed review of the results should start with the adjustment of stereotypes. To some extent, Moldova remains a “country-orchard,” heir to the so-called “country-orchard of the USSR,” but the meaning and structure of the orchard are changing. As EastFruit reported, over the past five years (2016-2020), there are fewer pome fruit orchards in the country and more stone fruit. 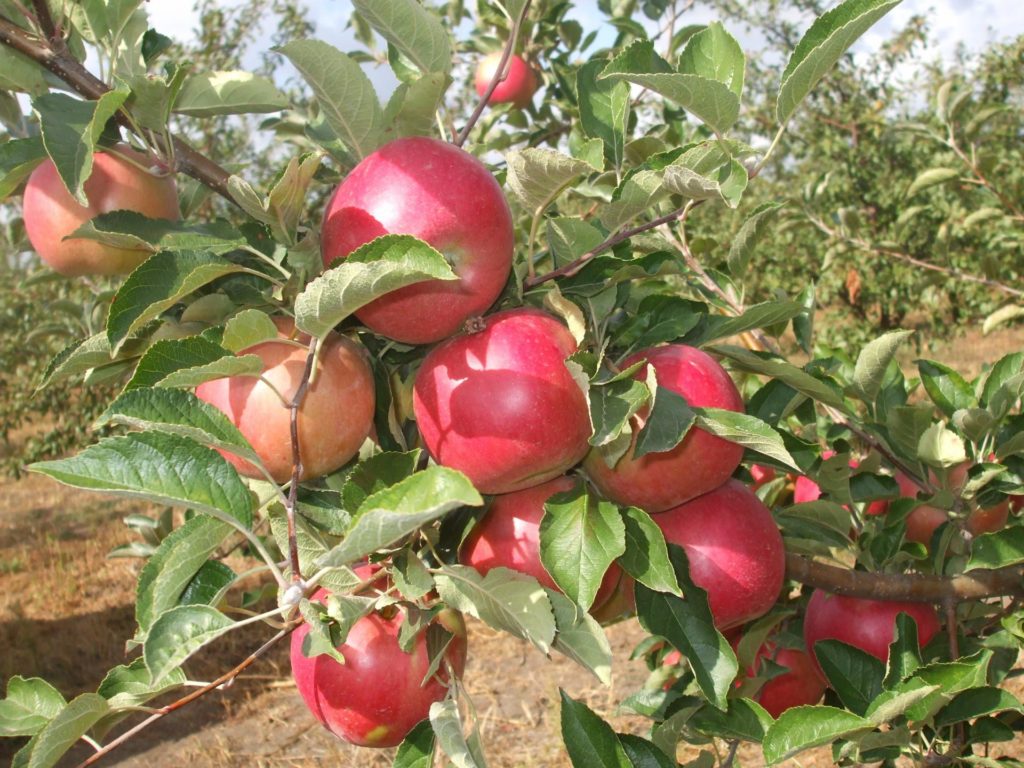 Many producers tend to consider the cumulative effect from drought over the past two years to be the most important reason for the decline in yields of major types of fruits. Therefore, in 2020, agricultural producer associations increased pressure on the Ministry of Agriculture. As a result and despite resistance from environmental non-governmental organizations, the Cabinet of Ministers approved a long-awaited normative act in regulation on the use of water from underground sources for drip irrigation in horticulture.

Nevertheless, it is important to note that the yield reductions and the share of products of the highest and first quality categories were noted both in old orchards and new intensive orchards with drip irrigation systems. Additionally, the heads from some large horticultural enterprises with regret and surprise claimed that their high-tech young orchards (mainly plums) yielded 20-30% less than in the relatively prosperous 2019 meaning the decline in yields in 2020 was only slightly less there than in orchards without irrigation.

This outcome suggests that in tandem with the expansion of access for fruit growers to underground water sources and centralized irrigation systems along the Dniester and Prut, systematic and very active work in the field of training and advanced training of specialists-meliorators and especially agronomists and agricultural practitioners is needed. After all, climatic conditions are becoming less predictable and producers must be able to respond to them promptly and professionally. 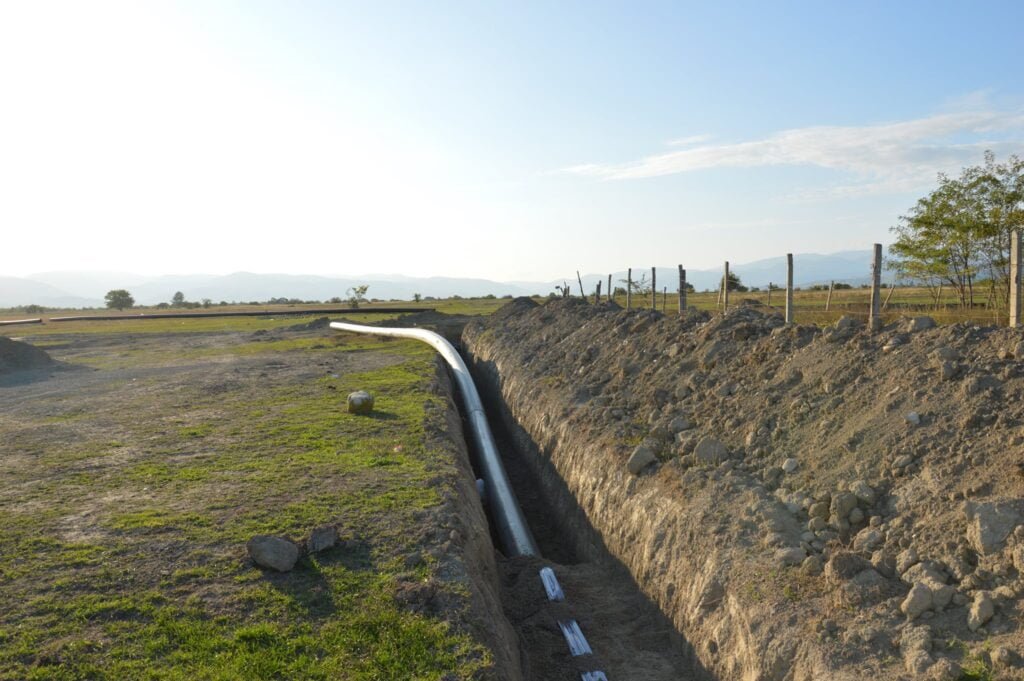 The positive moments of the past year include quite good results in the plum orchards segment of Moldova. Despite a significant decrease in the yield and quality of plums in 2020, its exports decreased to a lesser extent by about 55,000 tons in 2020 versus 61,000 tons in 2019. Also, the number of plums exported to the European Union in 2020 increased from 19,900 tons to 22,300 tons. The geography of European supplies of Moldovan plums has also expanded to 14 countries.

Despite the bulk of plums being relatively low quality from this last harvest, the prices for it, when compared to the previous year’s level, increased on average by 5-10% according to specialists from agricultural producer organizations. As a result, it is likely that the plum segment will be one of the few in Moldova to end 2020 with a slight financial surplus. 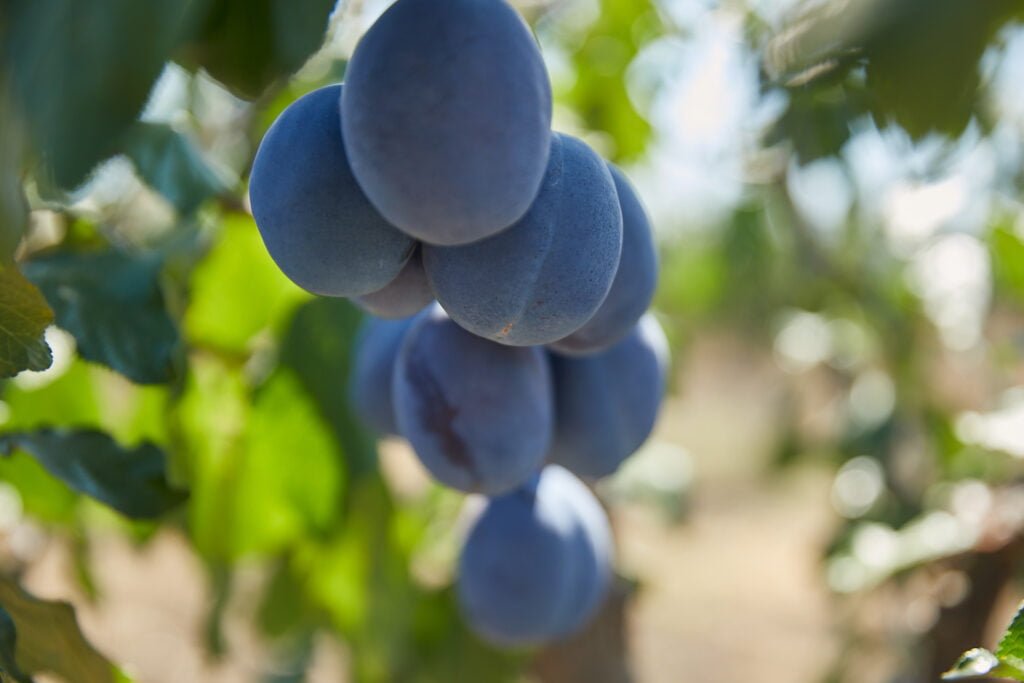 The viticulture sector in Moldova can hardly count on such a result as plum producers. According to preliminary data, last year, the harvest of table grapes in the country amounted to no more than 70,000 tons whereas in 2019 it was 111,900 tons. Exports were about 45,000 tons whereas, in 2019, it was almost 63,000 tons. Due to a decrease in product quality from drought in 2020, exports to the EU decreased but the share of CIS countries in the structure of Moldovan grape exports increased from 62% to 70%.

Grape prices last year did not change much compared to the level of the previous year but dropped significantly in late 2020 and early 2021. This is a very bad sign for vineyards, which store thousands of tons of products. In 2020, the geography of Moldovan grape exports has narrowed and the supply volumes have decreased.

Nonetheless, Moldovan viticulture is strategically developing in the right direction. It is especially gratifying that the area using ​​Pergola and Gable vineyards are growing dynamically in Moldova. 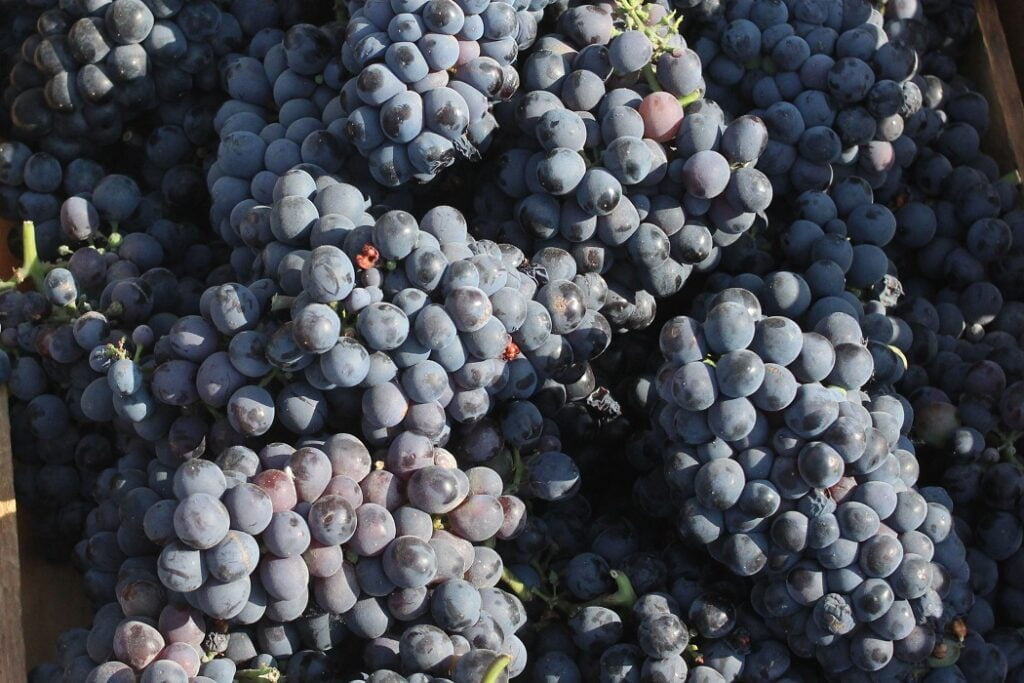 Walnut growers will not be able to add this year to their assets either. But it is the walnut that is the main generator of export earnings for the horticulture sector of Moldova. However, in 2020, the level of demand and prices for walnuts frankly disappointed walnut growers. We talked about the reasons for the unusual situation for the walnut, almond, and hazelnut markets in the year-end summary article “Nut Business: 2020 Market Summary” which is now actively cited in industry publications around the world. 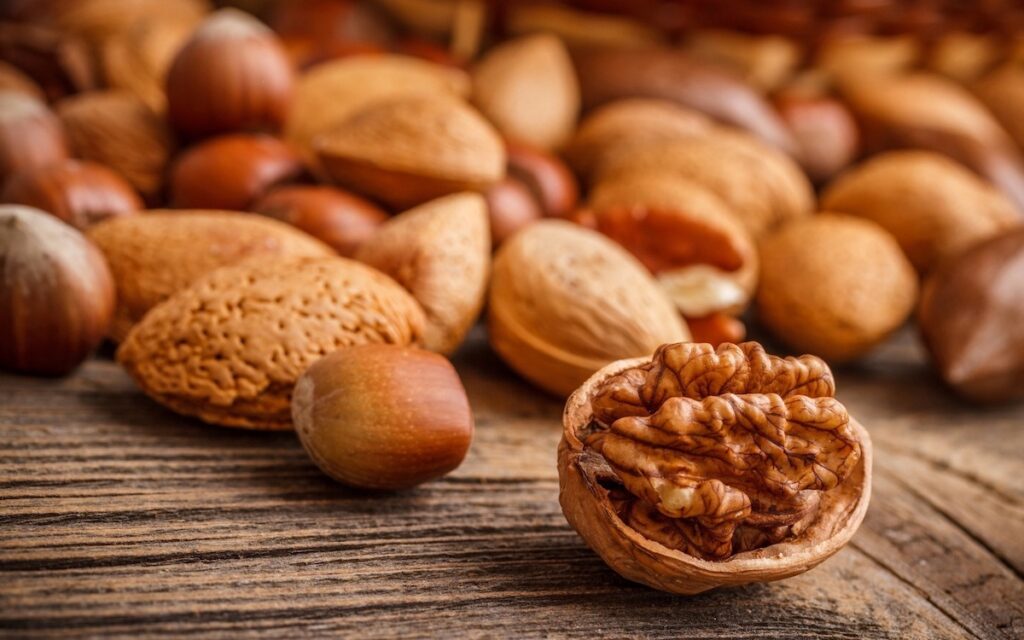 The EastFruit Youtube channel received many new subscribers in 2020 also thanks to its coverage of the nut market. Three videos about walnuts trended at once:

It would seem that 2020 could change the negative trends in Moldovan for growing vegetables. The areas under vegetables, potatoes, and melons expanded in Moldova in 2020. However, even a relatively small increase in vegetable production in the absence of significant exports and very significant imports led to a decrease in prices for most items in this product category. Fruit inflation with vegetable deflation was recorded in Moldova. As a result, there is reason to expect that in 2021 the area under some vegetables in Moldova will decrease.

Of note is a renaissance in Moldova of sellers of vegetable seeds for vegetable growing in the spring of last year due to the COVID-19 pandemic. Impacts from the situational disruptions in the supply of certain types of food led many Moldovans to increase their vegetable gardens on their backyards. However, these homegrown vegetables a year later may have the opposite effect in industrial vegetable growing for the country. Taking into account all circumstances, prices for vegetables and potatoes in 2021 will increase significantly.

The temporary closure of fruit and vegetable markets due to the COVID-19 pandemic hit producers hard of early greenhouse vegetables and, especially, berry producers. Berry farmers generally had to be content with unreliable and irregular sales in the domestic market in a situation where exports fell sharply.

It is worth mentioning that the combined drought-pandemic problems Moldovan farmers faced prompted the government to adopt a comprehensive program for the development of horticulture until 2025 focused on sustainability and innovation. Head of the Ministry of Agriculture (MADRM) Ion Perju spoke about this in an extensive interview with EastFruit. However, since then, the political landscape in Moldova has significantly changed. There is no guarantee that the new leadership of the government institutions will refrain from changing state policy in the country’s agriculture sector in an unknown direction.

Now, let’s look at the wholesale prices for the main positions of fruits and vegetables in Moldova as of the end of 2020 compared to that of 2019.

The only item that rose in price over the year was the apple. On average, wholesale prices for apples increased by 15-18% over the year.

The rest of the positions were cheaper. The grape variety “Moldova” has fallen in price by an average of 17%, while other varieties slightly less significantly. Walnut prices fell by 14-17% over the year. Prices for carrots fell by 20%, greenhouse vegetables fell by an average of 15%, and onions by 40% at once! 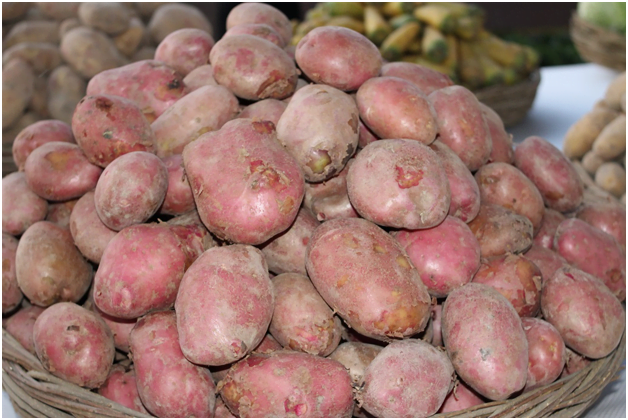 The biggest decline was in the average wholesale price for potatoes which fell by 42%. At the same time, its stocks in farms at the end of the year were high and the population was well provided with potatoes. Yet, imports of potatoes from the EU at low prices deprived Moldovan potato growers’ hopes for the prospect of successful product sales after the New Year.

Finally, we would like to note that in 2020 and in the absence of conferences and exhibitions, EastFruit provided the maximum possible support to the fruit and vegetable business in Moldova by holding a number of relevant online conferences. We even introduced the innovative format of providing virtual trade missions, which other organizations in the industry have now begun to actively conduct. Here are links to videos of our virtual trade missions:

In particular, we promptly informed in detail about the possible impact of the coronavirus pandemic on various segments of the fruit and vegetable business and regularly voiced the prospects of pricing for vegetables and fruits taking into account the situation on the global market. Thanks to this, many manufacturers and exporters were able to find new customers and adjust their marketing plans.