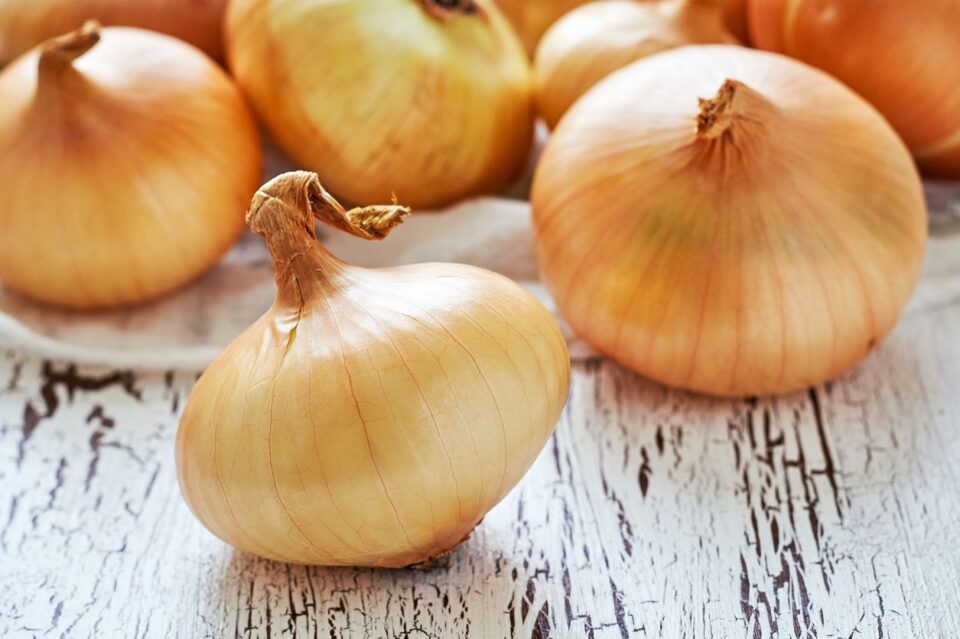 Home › News › Why did the seasonal increase in onion prices in Moldova start earlier than usual?

From the very beginning of 2023, onions started rising in price in the Moldovan market. The average wholesale price for onions in Moldova increased by 12% over the past two weeks, from 8 to 9 MDL/kg ($0.47/kg). This is not typical for January. As EastFruit analysts previously noted, the first gradual increase in wholesale prices for onions usually happens in February when the country’s fruit and vegetable market notes a lower supply of local onions due to a decrease in their stocks. However, the price increase started much earlier this year, as the storages were almost empty in December 2022.

Two factors contributed to this. The first is the reduction in onion production last year. As EastFruit reported, experts estimate that the area of onion plantations in Moldova in 2022 did not decrease compared to the previous year – onions were sown on about 1 200-1 500 ha. However, within the total sown area, some small farmers increased their areas, and some large agricultural producers influencing the market reduced the areas planted with onions. On top of that, there was a long drought in the country in the summer, which resulted in decreasing yield of onions and other root crops even on irrigated plantations.

The second and perhaps more important factor is the large exports of onions to Ukraine and Romania in the autumn. As a result, market analysts forecasted a rapid decline in onion stocks for sale in the cold season and, in this context, the need to import onions to the Moldovan market in the second half of winter.

Looks like the forecast is coming true. Onions on the Moldovan wholesale market are currently still slightly cheaper than in Poland ($0.48) and much cheaper than in Ukraine ($0.74). Therefore, there is no reason to expect traditional winter supplies of onions from these countries to Moldova. Just as there are no cheap onions for the Republic of Moldova in Romania either.

Moldovan traders claim that thanks to the increased supply of Dutch and Polish onions to the Ukrainian and Romanian markets, onion prices in neighboring countries will soon begin to decline. But it is unlikely that large volumes of imported onions will become available in Moldova before the markets of neighboring countries have enough of them.