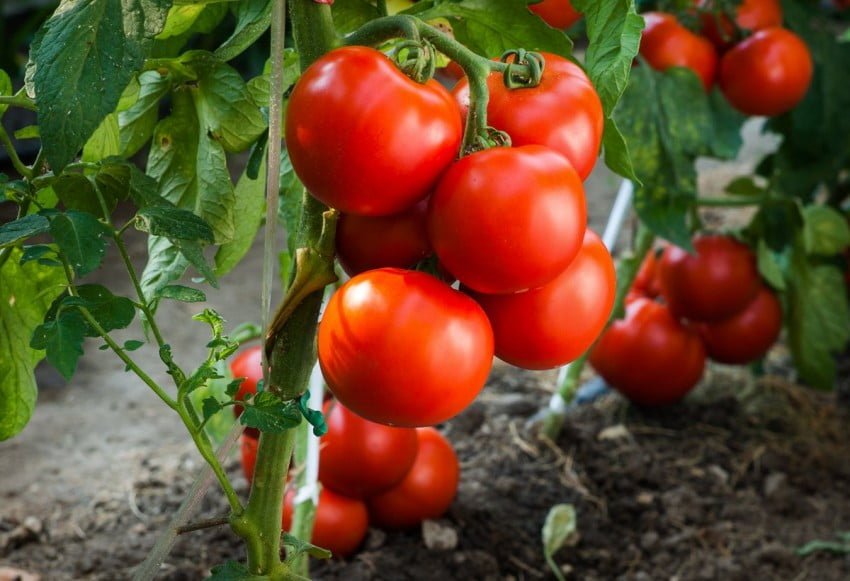 Farmer Petro Chuykevych from the city of Ratno in the Volyn region (Ukraine) knows well how to care for tomatoes so that they are not hit by late blight and other diseases, when to plant, and what to feed to get a good harvest.

He even bred his tomato seeds. He is the proudest of them as they bear tomatoes better. On one bush, he grows 85-90 large beautiful fruits and more than a hundred “plum” tomatoes. He collects from 100-120 plants to a ton of tomatoes, writes SEEDS.org.ua, according to greenpost.ua. 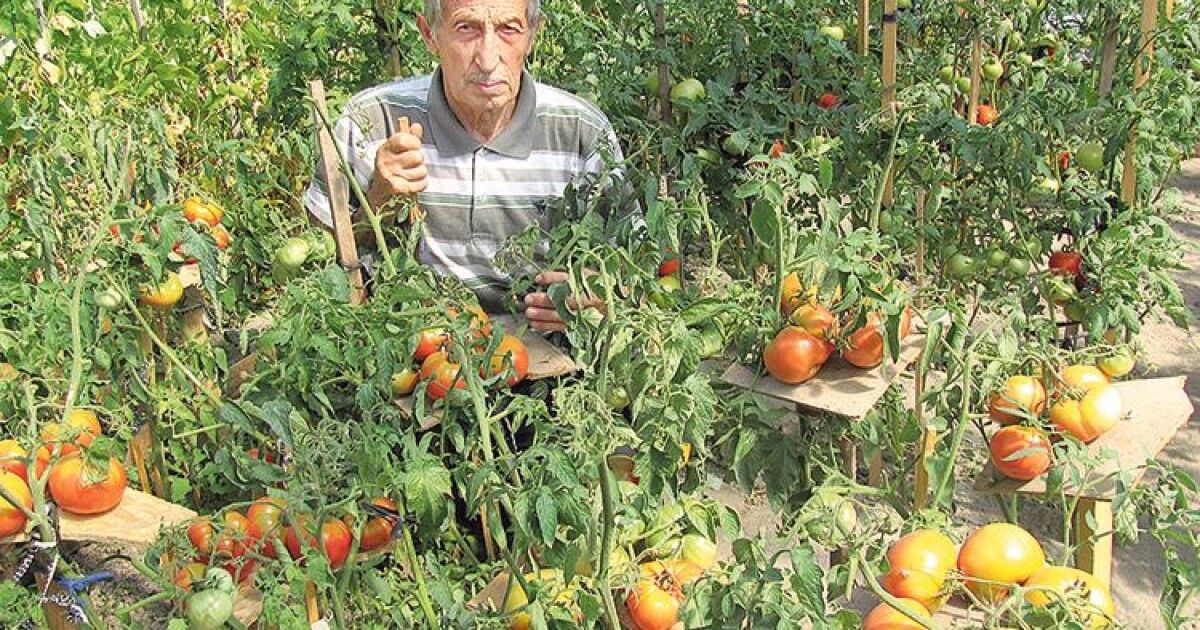 “I grow tomatoes under the roof. I make the frame from boards and cover it with an overwrap, on top of which I stretch the wire. The roof can be removed. First, I put it on the ground, and it turns out a greenhouse in which I plant seedlings. As soon as the plants get stronger, I install the roof on special posts. After a while, I raise it even higher, depending on how much I have grown. Thus, tomatoes breathe and are well ventilated,” says the farmer.

According to the farmer, healthy, quality seeds are needed. He always has his seeds and collects them only from not affected by diseases, the most productive bushes. In winter, Petro Chuykevych keeps the seeds in the yard.

The farmer has giant tomatoes, the largest of which pulled 630 grams by 1 kilogram! For them, the farmer has to make special chairs so that the fruits do not come off due to the weight.

The farmer does not feed the tomatoes with organic matter.

“They don’t like organic fertilizers, and they need to be planted in a field where there is no manure. When I plant it, I add ash with onion husks to the holes, mixing them with the ground. When the plants gain strength, I feed them with mullein. And then I water them in a week, then once every two to three weeks. There is a need to be careful as this culture does not like water. It is categorically impossible to use a hose, it should be watered only under the bush’s body, and the rest of the ground has to be dry,” says the farmer.

The most interesting thing is that the farmer can store tomatoes until spring.

“I kept them even until spring, but then they were no longer tasty. I kept them for an experiment to find out when they would start to deteriorate, and they all did not rot. I advise you to pick the fruits in the middle of October, depending on the air temperature. If it is zero or even 2 degrees of heat, the plucked tomatoes will not be stored, and they will spoil. Therefore, it is better to harvest them earlier, and they will ripen indoors,” the farmer says.

Greenhouse business of Central Asia is in danger, and Russia’s ban on imports is not the biggest problem

Prices for imported tomatoes go up in Ukraine

Top 10 problems for intensive apple orchards in Uzbekistan, Kazakhstan and other...