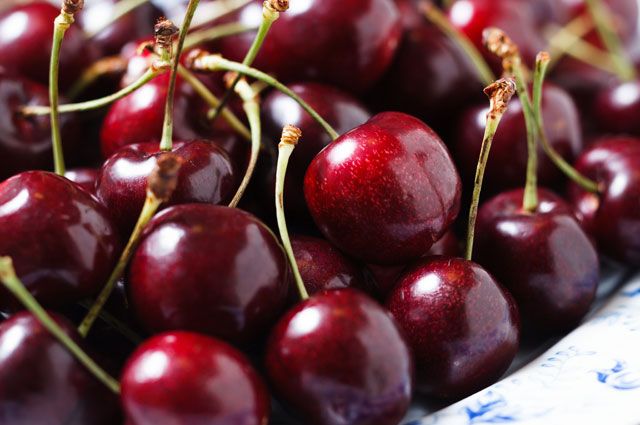 Home › News › Uzbekistan sharply increased the exports of cherries in May 2021, but the export season ended earlier than usual

According to the State Statistics Committee of Uzbekistan, the export volume of cherries in January-May 2021 amounted to 27.6 thousand tons worth $ 43.4 million. According to the ministry, in physical terms, the volume of exports turned out to be 4.3 thousand tons more than in the same period last year. Moreover, 65% of this volume was shipped from the Fergana Valley.

At the same time, the comparison of the prices with those of last year was not mentioned in the source, as, according to EastFruit, it would show a decrease compared to 2020. We wrote in more detail about the reasons for the low prices for cherries in Uzbekistan in this article. Accordingly, it is likely that the revenues from the export of Uzbek cherries will be lower than last year.

EastFruit experts believe that the indicated exports volume refers to May 2021. In other words, the export of cherries from Uzbekistan amounted to 27.6 thousand tons worth $ 43.4 million in May. The reason for it is clear. Cherry harvesting, even of super-early varieties in Uzbekistan begins no earlier than the second decade of April, and early varieties – in the third decade of April, provided there are no significant jumps in air temperature from February to April. Accordingly, exports begin in the end of the month, when volumes for export become available.

This year is marked by a shift to a later date of the beginning of the peak cherry harvest season in Uzbekistan by about 10 days due to abnormal warming in the winter months and subsequent frosts in early spring, which also damaged the harvest of super-early and early cherry varieties. According to the participants in the logistics services, the only requests for vehicles for the transportation of cherries from Uzbekistan to foreign markets were made in the last days, April 28-30. In addition, Eastfruit has already written that there was no export of cherries from Uzbekistan in the first ten days of May.

Among the 13 regions of Uzbekistan that produce fruit and vegetable products, the Fergana region became the absolute leader in the export of cherries, accounting for 47% of all exports in May 2021. The second place is taken by the Namangan region (17%) and the third is taken by the Tashkent region (14%). In total, these three regions accounted for 78% of all cherry exports in May. The share of the Fergana Valley – Fergana, Namangan and Andijan regions in the volume of exports in May-2021 amounted to 65%.

A video about the traditional technology of growing and manual sorting of cherries in the Fergana Valley of Uzbekistan is availbale here.

EastFruit experts note a sharp decrease in exports of cherries from Uzbekistan in the second half of June 2021, and since 20-21 June the exports have become isolated. Despite the late start of the peak cherry harvest season by about 10 days compared to last year, the hot June 2021 likely accelerated the ripening of the remaining harvest. Although the wholesale markets still offer both large-caliber (26+) and small cherries, these are most likely overripe cherries. Therefore, there are no volumes of transportable products for exports to distant foreign markets, given that Russia is the main export market for Uzbek cherries. This means that even in quantitative terms, the volume of cherries exports in June may turn out to be relatively low and an increase in their exports this season is not guaranteed even in physical terms.

The decline in demand for Uzbek cherries is associated with the activation of suppliers from Turkey, Iran and Azerbaijan in the Russian market, which surpass Uzbek exporters in product quality and have advantages in the cost of logistics.

Blueberries of Georgia – why are investors heavily investing in this berry? (video)