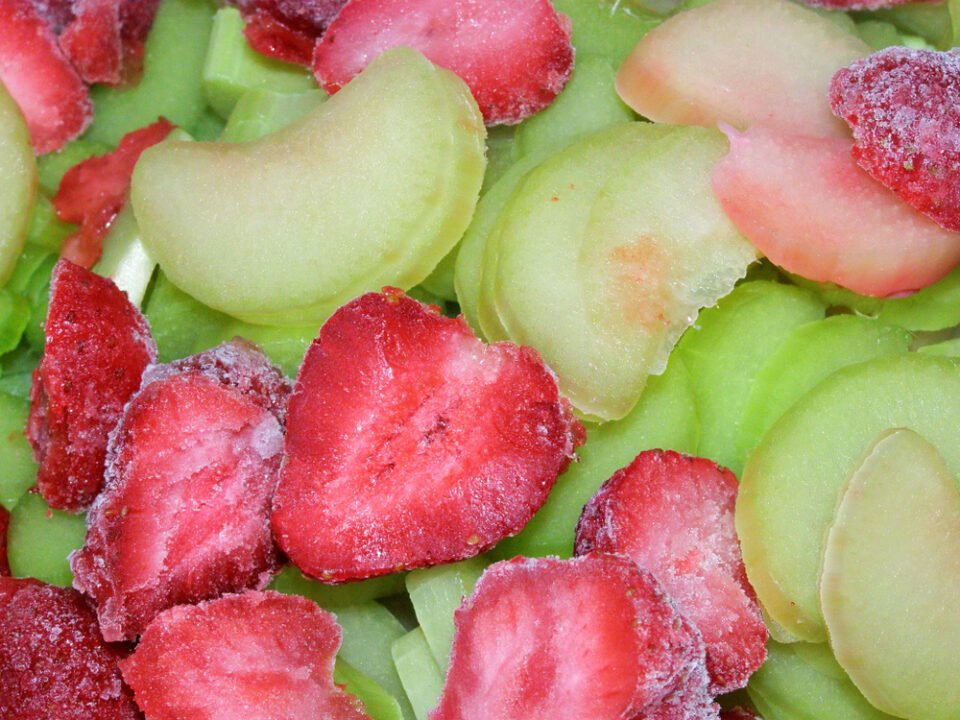 For many years, EastFruit analysts have been actively promoting investments into production of frozen fruits, berries, and vegetables in the countries of Central Asia. Finally, in the recent couple of years we see a result of our efforts – the exports of frozen produce from Uzbekistan are growing fast and is already among the 6-8 main sources of export revenues for the country’s fruit and vegetable sector.

At the end of 2022, according to our preliminary estimates, frozen fruits and vegetables brought Uzbekistan about US $30 million in export earnings. Export revenue increased by 85% on a year, and over the past three years it grew almost 8-fold!

“The revenues from the exports of frozen fruits and vegetables brought Uzbekistan approximately the same revenue as the exports of the famous Uzbek cherries or onions. Five years ago, almost no one in Uzbekistan could even imagine thins!” says Andriy Yarmak, an economist at the Investment Centre of the Food and Agriculture Organization of the United Nations (FAO).

It should also be noted that the assortment of frozen vegetables and fruits exported from Uzbekistan is constantly expanding. For example, in 2022 Uzbekistan began exporting frozen melon cubes and frozen spinach for the first time. Exports of frozen sweet corn and frozen strawberries grew the fastest during 2023, although the volume of strawberry exports remains extremely low due to outdated growing technologies and outdated varietal composition of local berries.

The main revenue in fruit and vegetable freezing for Uzbekistan is still brought by the segment of frozen vegetables, primarily broccoli, cauliflowers, and peppers. The exports of frozen fruits are growing a bit slower but is in second place in terms of revenue. Mostly cherries, peaches, as well as plums and apricots are used for freezing in Uzbekistan. 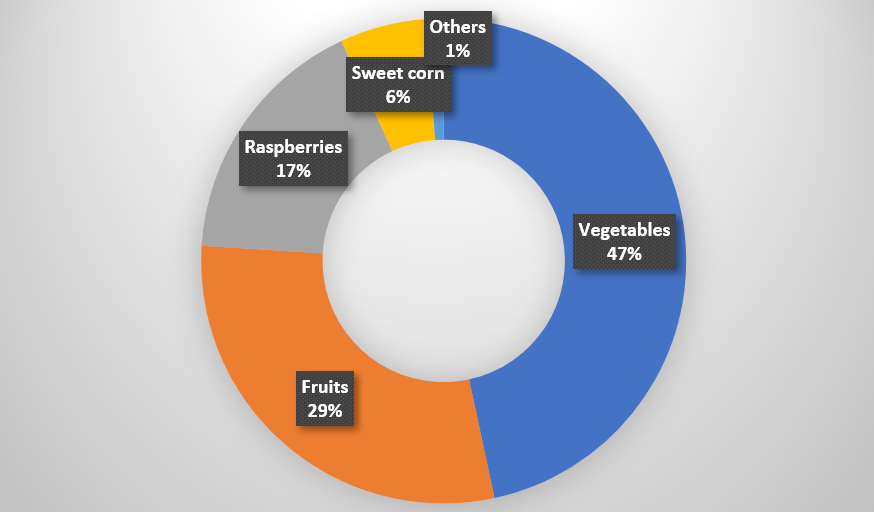 This structure of exports may not seem the most profitable, since the least expensive items are exported in the largest volumes, but this is only the initial stage in the development of this business. This structure is due to the long-term habit of exporting to Russia – the country where low price is much more important than quality and where most of the consumers are relatively poor and can’t afford expensive produce. At the same time, the first shipments of commercial batches of frozen berries to the EU countries, in particular to Poland, can be noted, which is certainly a positive trend.

Given the recession and a sharp drop in the incomes of Russian residents, as well as the rapid decline in the population of this country, Uzbekistan should now think about diversifying exports of frozen vegetables and fruits to ensure further development of fruit and vegetable freezing. Moreover, the main markets for frozen fruits and vegetables are the richest regions of the world: the USA, Canada, and the European Union, which are ready to pay much higher prices for high quality products.

“Because Uzbekistan is far from the main markets and does not have sea access, exports of fresh perishable fruits and vegetables are associated with serious risks and have significant restrictions. Frozen berries, fruits and vegetables can be stored and transported without loss of quality for almost as long as desired. Another advantage of Uzbekistan is its excellent climate, which makes it possible to obtain products with a superb taste. While for the fresh market it is necessary to harvest products in a lower phase of maturity so that the goods can endure a long journey, frozen vegetables and fruits can be harvested fully ripe and preserve their taste with the help of shock freezing. Freezing industry development also significantly expands investment opportunities for the Uzbek farmers, because they could even grow berries for exports. Berries are very much more expensive than vegetables, which is Uzbekistan is mainly exporting now, they are trendy and labor-intensive, which means that Uzbekistan has additional advantages here. And it is berries that are in the highest demand among the importers of frozen produce in the US and the EU, but this segment is least developed in Uzbekistan. It means that this is a very good investment opportunity for the country!” suggests Andriy Yarmak.

EastFruit team has recently started to publish regular analytical reviews of the markets of frozen fruits, berries, and vegetables. The first overview of the regional and European markets for frozen raspberries is available here.