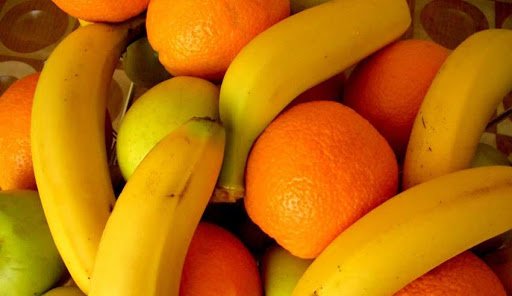 According to EastFruit analysts, Uzbekistan sharply increased the volume of imports of fruits and nuts in 2022, while remaining a net exporter of these products. The volume of fruit imports into the country in the first 10 months of 2022 reached a record $90 million, which is 2.1 times higher than imports for the same period in 2021 and almost 3 times higher than imports in January-October 2020.

According to the economist of the Investment Centre of the Food and Agriculture Organization of the United Nations (FAO) Andriy Yarmak, such high growth rates of imports are explained, in part, by the ongoing liberalization of Uzbekistan’s international trade. In particular, the zero rates for the import of citrus fruits, bananas, and a number of other products have been recently extended once again.

“Another reason for the sharp increase in imports was the failure of the apple harvest in 2021 and the sharp increase in apple prices in winter 2021-2022. The third reason is the dynamically growing population of the country and the continued growth of the economy of Uzbekistan, combined with an increased number of foreigners who came to the country in 2022. The fourth reason is, of course, the ongoing dynamic development of food retail, which, as a rule, is strongest in the sale of imported fruits,” says Andriy Yarmak.

At the same time, the expert believes that there is more positive than negative in the growth of imports. “Imports put some pressure on local producers, but it is small. After all, Uzbekistan remains a net exporter of fruits, and fruit exports kept growing in 2022. Imports are setting new, higher-quality standards for products, from appearance to packaging, leading to qualitative changes in local production, handling, and logistics. In addition, imports allow for the expansion of the range of products available to consumers and reduce their prices. Consumers in Uzbekistan still pay higher prices than consumers in Eastern European countries such as Ukraine, Moldova, and Georgia for fruits and vegetables almost all year round, from autumn to spring. The level of prices for fruits and vegetables in the country is competitive only in summer. Thus, imports have an indirect positive impact on both exports and farmers’ incomes, as higher quality standards lead to more opportunities to sell to more demanding markets at higher prices,” explains the FAO economist.

As for the indicators of trade in fruits and nuts, exports in the first 10 months of 2022 exceeded imports by 5.6 times. Most of all (almost half) fruit imports accounted for bananas. Imports of bananas to Uzbekistan increased by 2.2 times in value and by 90% in physical terms over the year and reached 11 200 tonnes per month (you can read more on this here).

Apple imports to Uzbekistan grew the most sharply – 4.6 times in value and 5.8 times in physical terms. Importers spent $10.6 million on apples, importing 25 300 tonnes of them in 10 months. Mandarins and oranges are third and fourth in the ranking of the most imported fruits of Uzbekistan respectively, and their imports doubled.