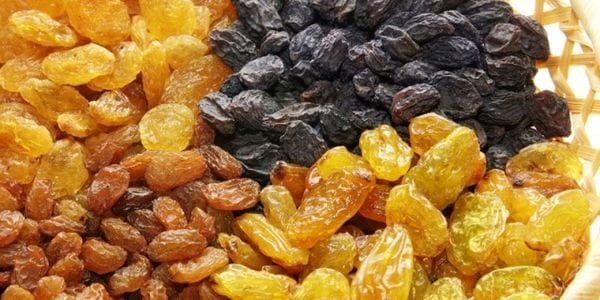 EastFruit analysts note a considerable relative increase in exports of raisins (dried grapes) from Uzbekistan to Japan in 2021. Exports of Uzbek raisins to Japan increased by 140% by the end of the year, but the export volume remained modest – 27 tonnes.

Nevertheless, since Japan is one of the most demanding countries in terms of product quality and safety and it rarely increases the volume of purchases from a single country, the trend of supply growth itself is a very important indicator. In addition to raisins, Uzbekistan exported 6 tonnes of dried apricots to Japan (in 2020 – 5 tonnes) and 2 tonnes of plums (in 2020 -22 tonnes).

Of the fresh fruits, only one small batch of 2 tonnes of fresh melons from Uzbekistan was delivered to Japan. Before that, Uzbek melons were not available on the Japanese market, meaning that this can be considered a breakthrough, unless the importer had no complaints about the first trial batch.

Uzbekistan is one of the world’s largest exporters of dried fruits. In terms of raisin exports, the country is periodically among the Top-5 exporting countries, but the volume of raisin exports from Uzbekistan fluctuates from year to year. The largest volume of export of Uzbek raisins was recorded in 2017 and amounted to 78 000 tonnes. The leader of the global raisin market is Turkey, exporting up to 280 000 tonnes. Iran is the second in the export of raisins, the United States are the third. Other major exporters of dried grapes include South Africa, Chile, Afghanistan and Argentina.