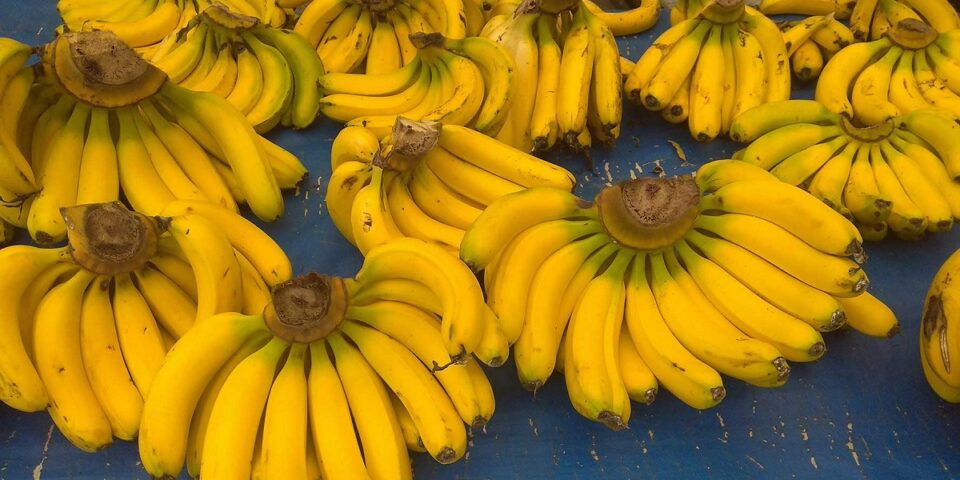 The volume of banana imports to Uzbekistan in March 2022 amounted to 15 400 tonnes, which is almost three times higher than in the same period in 2021, EastFruit analysts report, citing official data on imports of main food products. 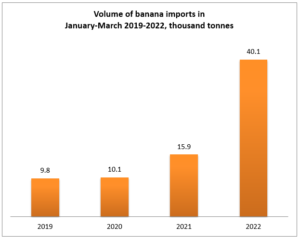 The sharp increase in banana consumption in Uzbekistan last year was noted by EastFruit experts as one of the TOP-10 fruit and vegetable events of 2021. In the first quarter of 2022, the upward trend in the consumption of bananas even accelerated. The growth rate of banana consumption in January-March 2022 compared to the same months in 2021 was higher than that in 2021 as a whole. For comparison: in total, Uzbekistan imported 89 400 tonnes of bananas in 2021, which is 2.4 times more than in 2020.

One of the factors in the growth of banana consumption in Uzbekistan was the removal of customs duties on banana imports. In October 2021, the country’s government decided to stimulate the imports of a number of fruits by exempting their import from import duties. Bananas were included in the list. The government’s decision to remove the duties served as an additional incentive for the growth of consumption of bananas in Uzbekistan in the last months of 2021 and January-March 2022, since import statistics showed a solid increase in the volume of banana imports to Uzbekistan even before October 2021.