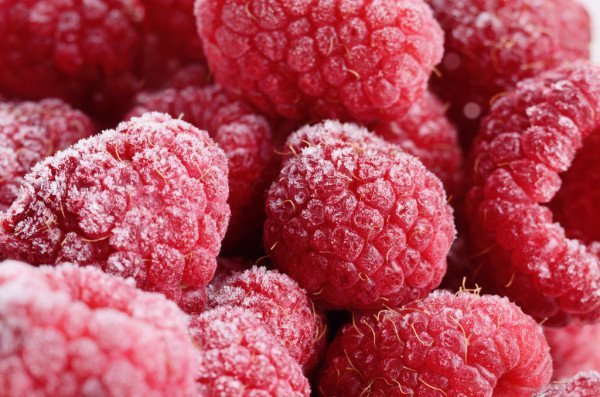 Home › News › Ukrainian raspberries were exported to the United States and Canada for the first time!

According to EastFruit analysts, a milestone event took place in the berry business in Ukraine in 2021 – large volume of Ukrainian frozen raspberries was exported to the United States and Canada for the first time.

Ukrainian Horticultural Association (UHA) clarified for us the details of this important deal – one batch of raspberries was sent to Canada and one to the United States in the amount of one sea container. The logistics took around one and a half months, and the buyer was satisfied with the quality of the supplied products and is considering cooperation with Ukrainian suppliers on a regular basis.

The importance of this event for the development of production and freezing of berries in Ukraine is explained by the high level of requirements for product quality and logistics, which were successfully overcome by Ukrainian suppliers. Accordingly, the Ukrainian raspberry exporter has previously successfully passed the FDA (The United States Food and Drug Administration) certification.

The second important point of this event is that the United States and Canada traditionally pay higher prices for imported raspberries than other large importing countries, which creates good opportunities for Ukrainian exporters to invest in improving product quality. Naturally, the higher import price is due to the high-quality parameters of the products. The FDA returns products that do not meet their standards and safety requirements at the expense of the supplier and publishes full information about the issue, including the name of the exporting company. Therefore, it is crucial for the reputation of the exporting country and supplying company to comply with the requirements.

“The USA and Canada account for around 80% of all global imports of frozen raspberries in value terms and around 65% in physical terms. However, Ukraine has traditionally exported frozen raspberries mainly to Poland, which makes good money on re-exporting Ukrainian raspberries. Therefore, access to direct deliveries of frozen raspberries to countries with high import prices for raspberries is a very important step for the further development of the berry business in Ukraine. Indeed, Ukrainian berry freezers will be able to increase the technological level of processing and refinement of frozen raspberries and pay a higher price to suppliers, and they, in turn, will improve the quality of raw materials,” explains Andriy Yarmak, Economist at the Investment Centre, Food and Agriculture Organization of the United Nations (FAO).

We have already written about how many millions of dollars Ukraine loses annually when exporting berries to Poland. Polish re-exporters of Ukrainian berries take this money. However, there has been a positive trend in the diversification of frozen raspberry exports from Ukraine in recent years. In particular, direct export shipments of Ukrainian raspberries to Germany, France, Italy and the Netherlands have grown significantly. The USA and Canada joining the list of importing countries of frozen raspberries will allow to diversify exports even more, especially since Ukrainian producers are planning to significantly expand the area planted with raspberries this year. Read more about this in our article “Raspberry Boom 2“.

Thanks to this successful shipment, the UHA resumed negotiations with the members of the association to create a trading platform for cooperation in fresh and frozen vegetables, fruits and berries export and access to Ukrainian supermarket chains. If such plans are implemented, this could strengthen Ukraine’s position in export markets. However, until recently, Ukrainian exporters failed to come to an agreement.

Accordingly, for Ukraine, which is one of the five largest global exporters of frozen raspberries, it is essential to gain a foothold in these two most important markets. This is especially important given the expected growth in the production of all berries in 2022-2024. It remains to be hoped that not only the volume, but also the quality of the berries produced will grow.