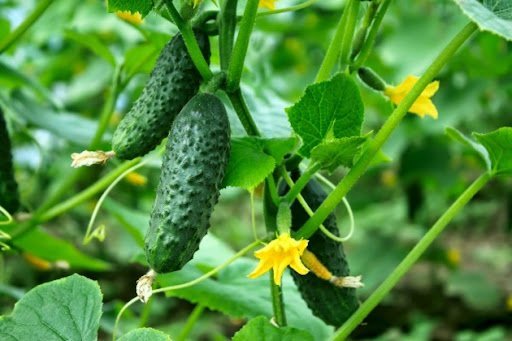 According to EastFruit, a very resonant event took place on the Ukrainian market this week – for the first time, Ukraine started importing fresh cucumbers from a country that used to be the main sales market for Ukrainian greenhouse cucumbers – Russia!

According to trade sources, Russian cucumbers prove to be competitive in price with Ukrainian ones, despite the 10% import duty that importers have to pay. Ukraine withdrew from the free trade agreement with the Russian Federation.

“The supply of Ukrainian cucumber on the market is very limited now – only a few greenhouses are shipping, so prices for Ukrainian cucumber are relatively high – 38-45 UAH/kg ($1.44-1.70 per kg). Accordingly, the imports of cucumbers from Turkey have sharply increased, and they are on average 5-10 UAH/kg ($0.19-0.38) cheaper. There are also cucumbers from Belarus on sale that cost a little more than Turkish ones. Russian cucumbers are available on the market at the lowest prices among all competitors, because of the current downward trend in cucumber prices in Russia,” says Ievgen Kuzin, head of international projects at Fruit-Inform.com.

By the way, not only Ukraine imports cucumber from Russia. Even Poland, one of the largest exporters of greenhouse vegetables in the region, is increasing imports of cucumbers grown in Russian greenhouses. “The Russian greenhouse business has a positive cycle – imports from many countries are prohibited, greenhouses have been receiving major subsidies from the budget and access to very cheap financing for many years in a row. As a result, billions of dollars have been invested in the greenhouse business in Russia in recent years, and the country has almost become self-sufficient in cucumbers,” explains Andriy Yarmak, an economist at the Investment Centre of the UN Food and Agriculture Organization (FAO).

Thus, even now 18% of all 5th generation greenhouses (the most modern type of greenhouse in the world) are currently operating in Russia. Therefore, in the first three quarters of 2021, Russia has already exported 12.2 thousand tonnes of fresh cucumber. Imports have so far exceeded exports and amounted to 34 thousand tonnes. However, imports declined slightly, while exports increased by 23%!

In the first 8 months of 2021, Ukraine imported a record volume of fresh cucumbers for this period of the year – 12.1 thousand tonnes, and Turkey and Belarus were the main suppliers of cucumber to Ukraine. Exports of cucumber from Ukraine amounted to 4 thousand tonnes in the same period and increased by 2.3 times comparing to the same period in 2020.

Note that Ukraine traditionally imports the main volumes of fresh cucumbers in November-December, when local greenhouses stop production. Usually during this period, cucumbers are supplied to Ukraine from the greenhouses of Turkey, and from Iran, but in much smaller volume.