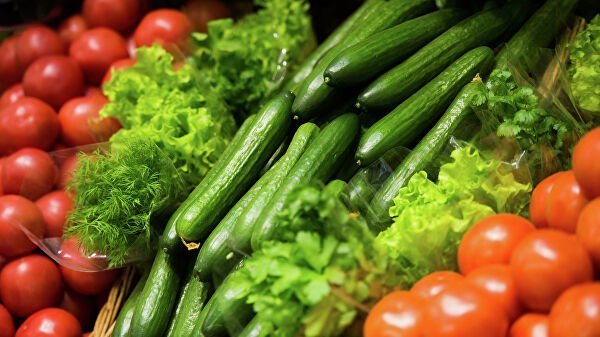 The greenhouse industry is one of the agricultural business sectors in Russia to receive active government support in recent years. According to Technology Growth, the total investment in the greenhouse sector for the last 5 years has exceeded 200 billion rubles. About 120 greenhouse projects received soft loans with an interest rate of 5% and/or reimbursement of investments made in the construction, renovation, and equipment of greenhouses. Thanks to government support and investment from the commercial sector, the country’s greenhouse vegetable production increased from 600,000 tons in 2012 to 1.3 million tons in 2019.

In 2019, the state program for reimbursing investments in the construction of greenhouse farms was completed in most federal districts of Russia. Due to the fact that the level of greenhouse business development in the regions remains uneven, the focus of the state program has shifted to greenhouse development projects in Siberia and the Far East. For the gross harvest of vegetables grown in protected soil in Russia, the Siberian Federal District occupied only 7% and the Far East 2% in 2019. The state announced 20% reimbursement for investment costs in the development of greenhouse production of vegetables from investors in the Far East. As for federal-level support, farms will receive financing on preferential loans for projects and support for projects such as seed production.

According to Agroinvestor, there is a gradual increase in the average yield of greenhouse vegetables in winter greenhouses. In 2019, the average yield was 43 kg/m2 per year, which was an increase of 42% since 2012. The highest average yield in the country was recorded in individual farms of the Siberian and Central Federal Districts of more than 100 kg/m2. At the same time, the opposite trend was observed due to the diversification of the assortment from high-yielding cucumbers towards assortment positions. More and more greenhouses are growing niche varieties of tomatoes, peppers, eggplants, and herbs. Thus, greenhouse farms, although they reduce the average yield, are moving away from the growing competition in mass categories.

Despite the economic recession, the average per capita consumption of greenhouse vegetables in Russia is growing. Healthy eating trends are driving consumer demand for fresh vegetables year-round. According to AB-Center, the per capita consumption of cucumber in 2019 was a record 5.7 kg per year, against 4.9 kg in 2014. In 2019, the consumption of industrial-grown protected ground tomatoes amounted to 7.4 kg per year. For comparison, the indicators were at around 6.8 kg in 2018 and 4.9 kg in 2016. It is expected that by the end of 2020, the indicators will exceed the value of 2019.

The growth in consumption is due to an increase in the production of local greenhouse products. In 2019, Russia’s self-sufficiency in cucumbers was estimated at 90%. In total, Russia imported 99,900 tons of fresh cucumbers and gherkins in the amount of $105 million in 2019. The imports of cucumbers are gradually decreasing the average annual import rate in 2015/2019 at -5.43%. The season for active imports of cucumbers begins in October with a peak in January. The list of major suppliers in 2019 included Iran (18,000 tons), Belarus (18,000 tons), Armenia (8,000 tons), and Azerbaijan (7,000 tons).

Self-sufficiency in tomatoes increased from 25% in 2015 to 50% in 2019, although tomatoes are still the most imported vegetable in Russia. The average annual import rate for 2009-2019 was -1.97%. In 2019, Russia imported 557,000 tons of tomatoes worth $637 million. From July to October, Russian tomatoes dominate the market. At this time, prices for them are also falling, including due to significant competition from personal subsidiary plots. More than 80% of tomato imports are to Russia from November to June. In 2019, the market was dominated by products from Azerbaijan (172,000 tons), Turkey (94,000 tons), and Morocco (54,000 tons). The developing agro-industrial complex and relatively low production costs in the Central Asian republics create significant competition for other international suppliers and Russian producers. Exports of tomatoes from Uzbekistan increased from 1,400 tons in 2014 to 18,300 tons in 2019.

Greenhouse production of sweet peppers in Russia is still limited, although an increasing number of greenhouse complexes include peppers in their range. More than 60% of sweet peppers are imported between November and April. Active suppliers in 2019 were Israel (55,000 tons), Turkey (17,000 tons), and Iran (11,500 tons). Historically, Israel has been the largest supplier of peppers to Russia. After the devaluation of the ruble in 2014, shipments to Israel dropped from 75,900 tons in 2014 to 55,100 tons in 2019. Supplies from Uzbekistan are growing with an average annual rate in 2015-2019 that amounted to 91% and the growth of supplies continues.

The level of competition for domestic vegetables is affected by the Russian embargo, which began in August 2014, on the imports of vegetables and fruits from the EU, the United States, Canada, Ukraine, and some other countries. For comparison, tomatoes supplied to Russia in 2013 were 110,000 tons from Spain, 102,000 tons from the Netherlands, and 52,000 tons from Poland. In 2016/2017, there was a temporary embargo on the import of selected fresh produce from Turkey, including tomatoes. Before the embargo was imposed, the import of tomatoes from Turkey to Russia was 323,600 tons, but in 2018 it was only 38,800 tons. In 2019, it recovered to 113,000 tons.

Against the background of increasing production in recent years, the average profitability of Russian industrial greenhouses has declined. Profitability is negatively impacted by increased competition and production costs, including ever-increasing energy costs. Approximately 50% of the costs in greenhouses with assimilation lighting systems are for energy resources. According to the Association Market Council, the cost of electricity in Russia at the end of 2020 rose to its maximum values ​​over the past five years and the rate of price growth exceeded inflation. The greenhouse industry’s dependence on imported components and technologies has decreased from 100% in 2014 to 60% in 2018. The dependence remains significant, and the devaluation of the ruble also affects the growth of production costs. According to the Central Bank, from January 2014 to February 2021, the ruble lost 110% of its value from 35 rubles for 1 US dollar to 75 rubles for 1 US dollar. On the other hand, the depreciation of the ruble enhances the competitive advantage of Russian products over imported ones.

According to experts, the Russian greenhouse market will continue to develop. The Russian Ministry of Agriculture forecast that in 2021 at least 1.45 million tons of vegetables will be grown in winter greenhouses, which is 7.6% more than last year. By the end of 2021, it is planned to commission about 500 hectares of new greenhouses, while the total area of ​​greenhouses should be 3,300 hectares.