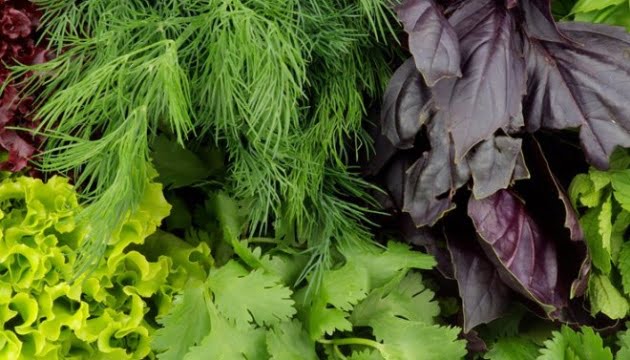 After Russia invaded Ukraine last week, the rest of the civilized world responded to the aggressor with harsh sanctions that have already played their part in weakening the Russian economy. The Russian ruble fell more than 30%, making it difficult for traders to plan ahead as the economic situation is expected to worsen in the near future.

In spring, Georgia usually exports aromatic herbs and apples to Russia, which is a traditional export market for Georgian agricultural products. EastFruit asked farmers and traders to comment on the situation on the market, taking into account the consequences of sanctions against Russia.

The 2021-2022 season has already been challenging for herb producers in Georgia. If earlier farmers complained about low prices and competition with other suppliers in the Russian market, now the situation looks even more dramatic. Hopes for an improvement in exports in the spring have vanished. According to farmers, exporters do not want to form lots due to the growing uncertainty in the Russian market. Importers explain the situation by the rapid depreciation of the ruble and issues with the transfer of money from Russia. Consequently, prices for aromatic herbs have already fallen in Georgia as well. Now the wholesale price for cilantro and parsley in the western regions of Georgia is 2 GEL/kg ($0.62), and dill is even cheaper – 0.5 GEL/kg ($0.16). The harvest period in high unheated tunnels should last until April, but some farmers are now considering planting early cucumbers or tomatoes, which they think will be in demand in the local market in the spring.

It should be noted that Ukraine is the second largest market for Georgian herbs, which is now closed due to the war with Russia.

The farmers who have not had harvest yet, but expect it in the spring and are counting on the Russian market, are also worried.

The Georgian company GDB LLC supplies the McDonald’s chain in Russia with locally produced salad. In 2021, the company started open field lettuce production on ​​3 hectares and exported the first crop in November. According to Iva Chkonia, the founder of the company, they expect about 150-180 tonnes of lettuce (iceberg, lollo rosso, romaine) this spring, and if there are issues with money transfers from Russia, they will have to sell it in other markets.

“We produce three varieties of lettuce for McDonald’s in Russia, but they are unpopular in Georgia. Thus, it will be difficult to sell it in Georgia, given the volume of the crop that we expect,” Chkonia said. — We are currently working on finding alternative markets. Possibly Poland, Romania, the Baltic States and the Arab world. But exporting there will be difficult in terms of logistics. I think that in this situation, the Georgian government should support local producers so that they enter alternative markets.”

Apples are another crop that Georgia exports to Russia in spring. According to local farmers, the exports of apples has been stopped for the moment. Farmers mostly have in stock the Kekhura variety of red apples, which is popular on the Russian market. Farmers still receive stable prices on the local market, within the range of 1.5-2 GEL/kg ($0.47-0.63), but they fear that prices may soon fall, as apples intended for export will overwhelm the local market.

Apples and herbs are not the only products in Georgia whose exports will be affected in the near future. EastFruit will continue to analyze the consequences of the war for the agricultural sector in Georgia and the region.