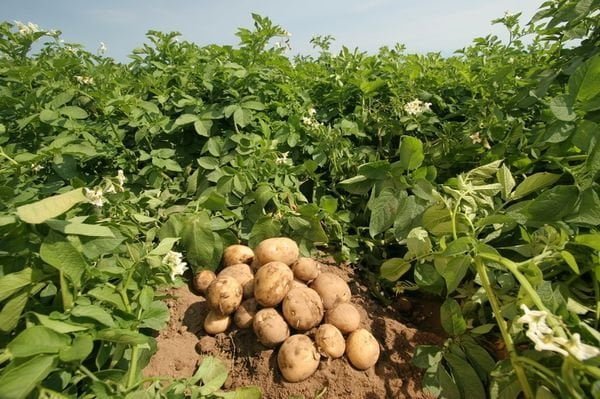 Home › News › The areas for the production of vegetables and fruits in the Tashkent region (Uzbekistan) will be expanded by 8.3 thousand hectares

It is noted in the presentation of proposals for the development of agriculture in the Tashkent region: “The region has fertile soil and a lot of water resources. With their effective use, it is possible to create productive orchards and vineyards, establish an intensive vegetable growing, and provide employment.”

According to the press service of the President of Uzbekistan, cotton and grain fields in the Tashkent region will be reduced by 9 000 ha and plots of 25 acres will be allocated to the citizens in 2023.

It was also proposed for each district of the Tashkent region to specialize, for example, in potato growing, viticulture, or the cultivation of other types of fruits and vegetables. Intensive production of vegetables on almost 5 000 ha, new orchards on 1 300 ha, and vineyards on more than 2 000 ha were suggested. In addition, it is planned to create in-vitro laboratories for growing seed potatoes in 3 districts of the region.

EastFruit wrote at the end of November 2022 that seedless varieties of table grapes of foreign selection were being prepared for planting in Uzbekistan. Seedlings of such grape varieties as Venus, Vanessa, Romulus, Lakemont, Ximrod, etc. are grown with the “in-vitro” method in greenhouses of the National Center for Knowledge and Innovation in Agriculture, located in the Kibray district of the Tashkent region.

In total, 1 million grape seedlings of foreign selection are grown in the greenhouses of the National Center, including 7 varieties of table grapes and 10 wine varieties. The seedlings will begin to be planted on experimental fields and transferred to farms for laying new grape plantations in spring 2023.