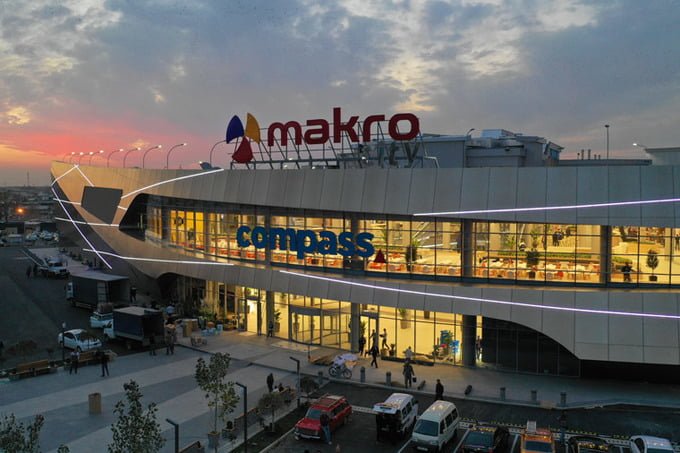 According to EastFruit analysts, 2020 has become a real breakthrough for Uzbekistan in the development of modern grocery formats, including the fruit and vegetable trade. Our preliminary estimates for 2020 show that the number of supermarkets and self-service stores of various formats selling vegetables and fruits in Uzbekistan has at least doubled. This, in turn, has a great impact not only on the horticulture trade but also on their production and distribution. 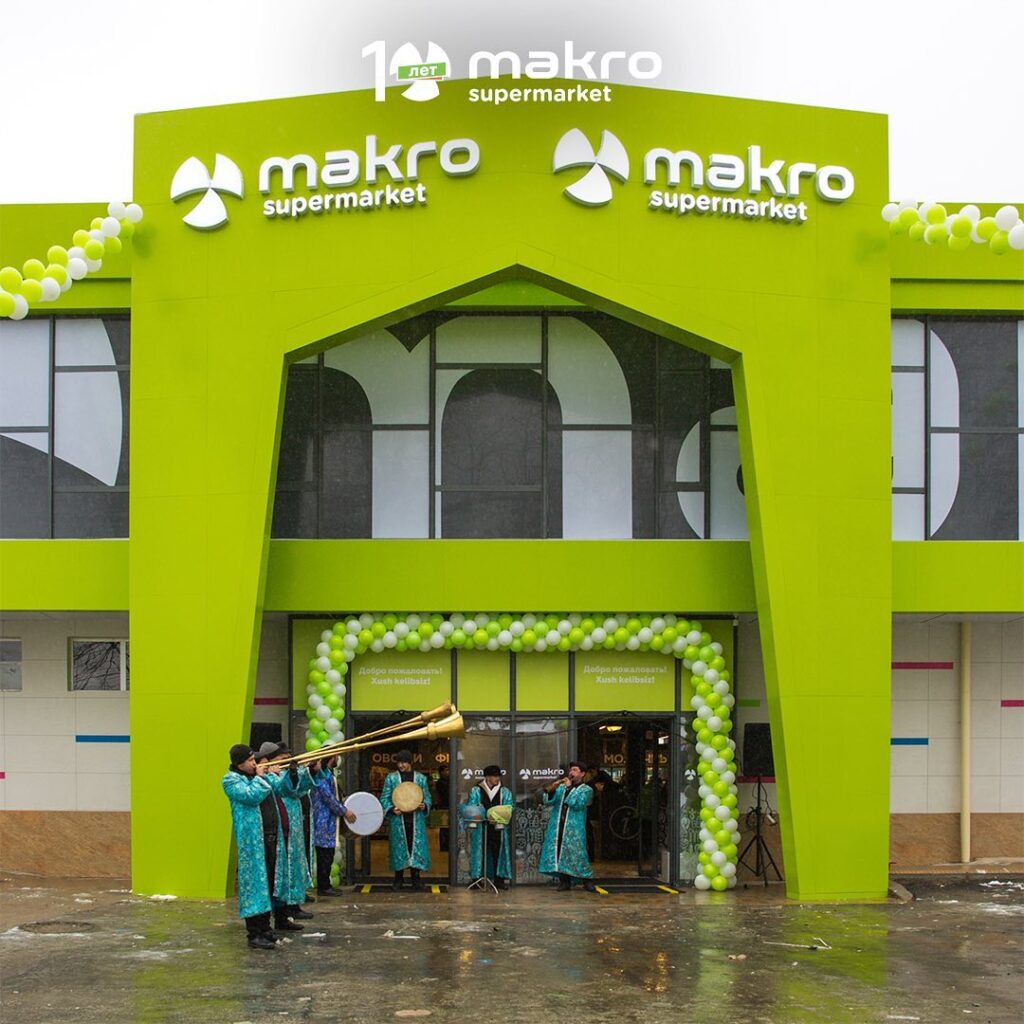 The Makro supermarket chain is one of the clear leaders in the retail trade of Uzbekistan in terms of turnover. Chief Executive Officer of Makro Roman Sayfulin announced that on December 28, 2020, Makro has already successfully opened their 94th supermarket store. It opened in Medgorodok and this was the last opening of a new store for 2020. According to Mr. Sayfulin, several openings had to be postponed until early next year so, most likely, in the coming months in Uzbekistan, the number of stores under the Makro brand will reach 100 supermarkets!

Read also: Bazaars to supermarkets in Uzbekistan – one chain opening 50 new stores by end of January!

To understand the pace of development for the Makro chain, Roman Sayfulin said, “We opened 37 stores from September to December. I am proud to work on such a team!” Within just four months, the Makro team managed to increase the number of stores by 65%!

“It is pleasant to see such an impressive growth of market competition for supermarkets in Uzbekistan. It will create new opportunities for growth in quality and safety standards for local vegetables and fruits and the optimization of sales channels. The high rates of development of the Makro network indicate a desire to retain market share, especially with the entries in the Uzbek market of the first international supermarket chain Carrefour, EBRD’s investments in the local chain Korzinka.uz, announcements of entry by the largest retail operator of Kazakhstan – supermarket chain Magnum Cash & Carry, and plans by the brand new Baraka Market chain to open 50 stores by the end of January 2021,” says Andriy Yarmak, an economist at the Investment Centre of the Food and Agriculture Organization of the United Nations (FAO).

Let’s see how Makro is doing with quality, assortment, and prices according to the retail audit of the fruit and vegetable departments of Tashkent supermarkets by the EastFruit team. Immediately, we note that Makro operates under two different brands: Makro and Makro Express 24/7, which is very good because many networks make the mistake of co-branded networks of different formats. Therefore, we will analyze separately each of the two brands.

Makro was the leader in Tashkent in terms of the average range of fresh vegetables and fruits on the chain’s shelves, ahead of Korzinka. However, the auditors had complaints about the quality of the products. According to this indicator, Makro was inferior to Korzinka and the relatively small Green Apple chain. Obviously, this was a consequence of the rapid expansion, in which many supermarkets have difficulty maintaining the proper quality of fruits and vegetables, especially if they have such a wide range. Interestingly, Makro Express 24/7, having a very narrow assortment (similar to the Havas chain), had the same quality problems as large Makro stores. 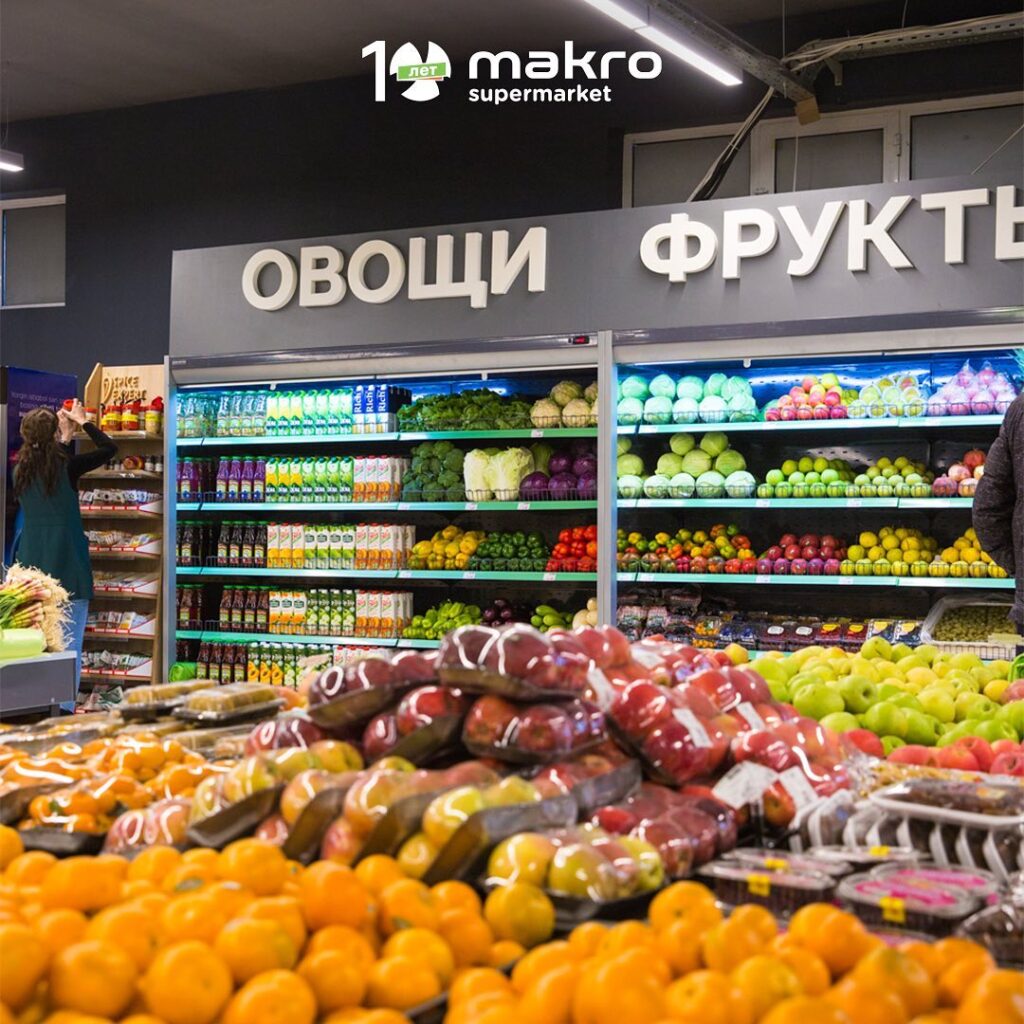 Also, Makro was inferior to the Green Apple and Korzinka in terms of a comprehensive assessment of the quality of the produce department. Nevertheless, the difference between the chains was minimal and the auditors noted that Makro had some progress in information content, which is always well received by consumers and contributes to sales growth. With such a wide assortment, Makro can swing at the overall leadership in the ranking, subject to improved merchandising of vegetables and fruits and more thorough quality control of products on the shelves. Makro Express 24/7 took the penultimate place in the quality rating of fruit and vegetable departments, which is absolutely not necessary for small-format stores. It shows that merchandising and information content as well as service and convenience can be provided even in a small store.

Where Makro and Makro Express 24/7 had their biggest problem was the price level. By this indicator, they were far more inferior to all other supermarket chains in Tashkent. This would be understandable if the quality of the product and department were significantly higher, then the chain could qualify for the premium segment. In the meantime, taking into account all factors, the Makro Express 24/7 network took the last place in Tashkent according to the complex assessment of the produce department. Makro was in third, behind the Green Apple and Kozinka chains and ahead of the Andalus and Havas networks. 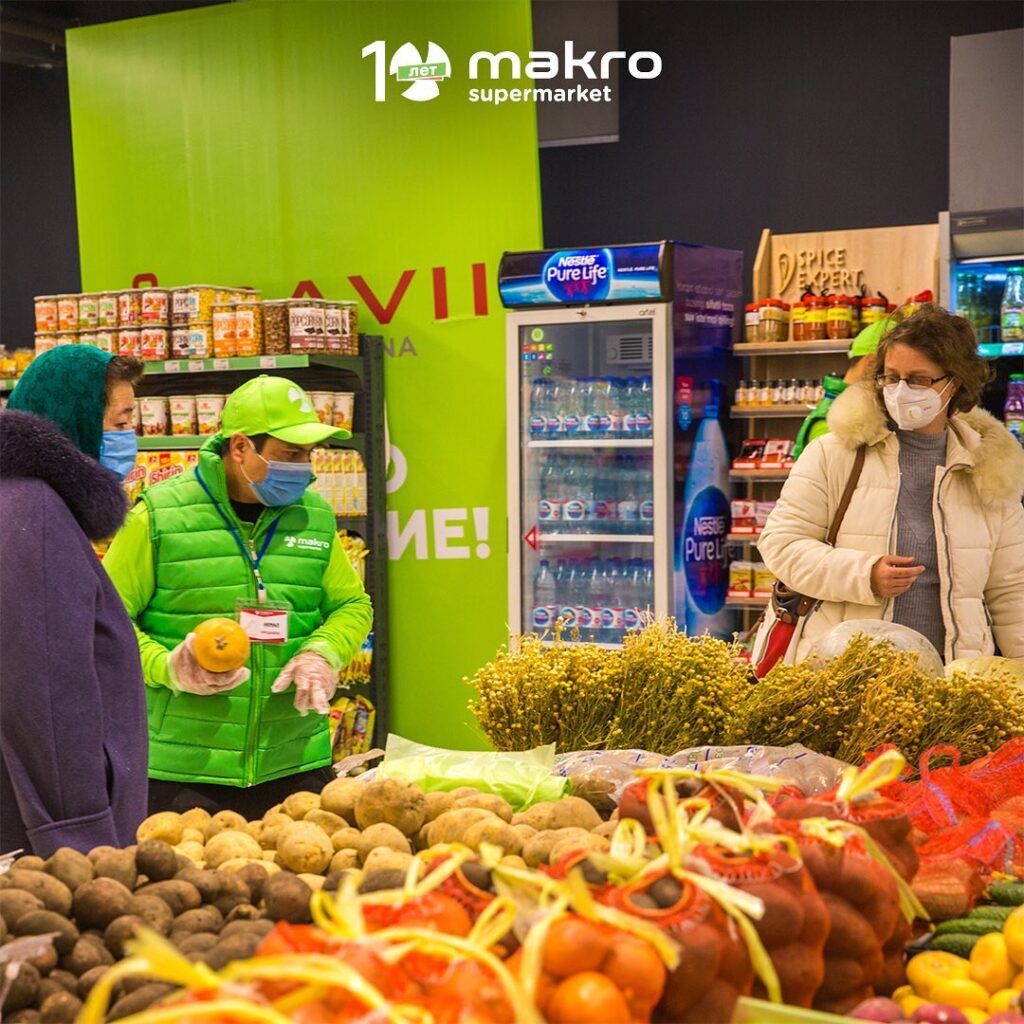 “It is obvious that with such a significant number of stores that the Makro chain has, it can significantly reduce the cost of purchasing fruits and vegetables and dramatically improve its quality by creating its own distribution centre (DC) or even several DCs. This will allow them to purchase large volumes of products at one time, better quality control, manage stocks more efficiently, reduce logistics costs, and offer more competitive prices to both suppliers and consumers,” says Andriy Yarmak from FAO.

He also explains why the produce department is of key importance to the entire retail business of the supermarket chain: “Numerous consumer studies show that they prefer to buy products from supermarkets that offer a wide range of high-quality fruits and vegetables. In addition, in stores with a high-quality produce department, the average checkout is usually also much higher as is the frequency of visits to such a store by the same customer. However, even for rich countries, the competitive price level on the network is critically important, and for a country like Uzbekistan, where bazaars are part of the culture and the income level of the population is relatively low, ensuring a competitive price level without compromising quality should be a priority. The audit results of supermarket fruit and vegetable departments, which we have been conducting for more than 10 years, have predicted the fate of the entire chain many times – those stores that occupy the last places in the rating often go bankrupt or are sold to more successful competitors.”

The Makro supermarket chain opened its first store in Uzbekistan in 2010. Now, the chain has stores in the following cities of Uzbekistan: Tashkent, Samarkand, Karshi, Navoi, and Bukhara as well as in several cities of the Fergana Valley. The Makro network also actively develops online food retailing and offers online ordering and home delivery services. In addition, delivery will be free when ordering products worth more than 300,000 soums (about $29). For smaller orders, the cost of delivery will also be very low at 12,000 soums, or about $1.15.