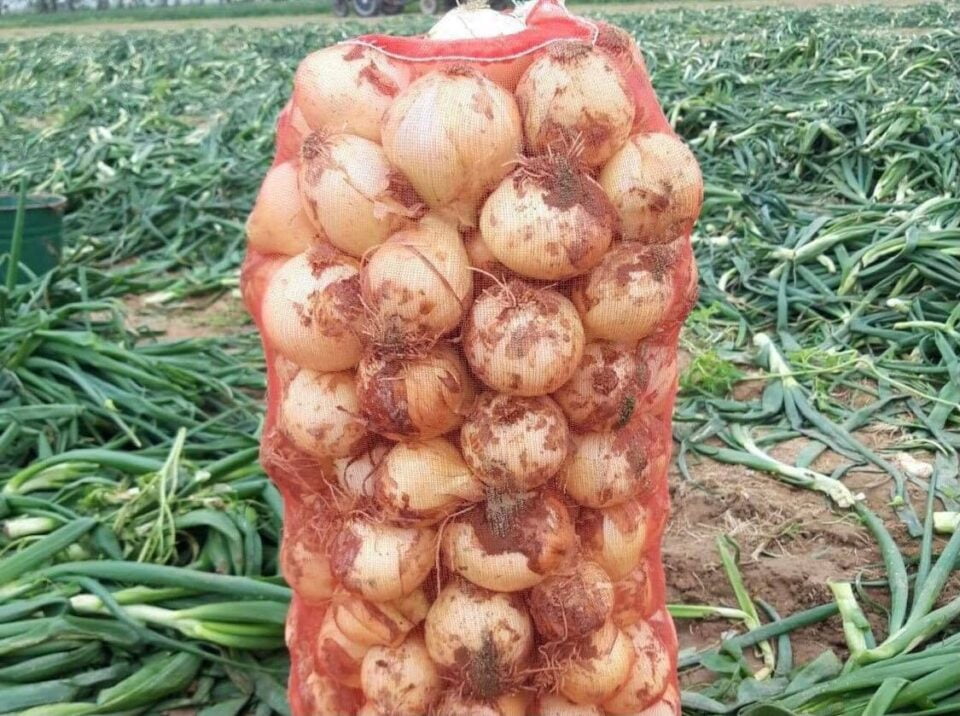 Exports of early onions from Uzbekistan have been increasing at a very high rate in recent years. However, not everything in this business is so rosy, despite the fact that the government of Uzbekistan encourages vegetable producers (though not with financial incentives, but with regulations) to grow more winter onions.

According to EastFruit price monitoring data, wholesale prices for early onions in Uzbekistan are a source of concern – they are almost a third lower than last year’s and have a tendency to decline. In neighboring Tajikistan, last year’s onions are sold at 7 US cents per kg – twice as cheap as in Uzbekistan. In Russia, the stocks of 2020 harvest onions are still large, and the price is two and a half times lower than last year!

EastFruit experts figured out if there are any prospects of early onion exports from Uzbekistan, and what segments of the onion business are the most attractive for the country.

The exports of early onions from Uzbekistan has been growing by 24% or 21 thousand tons per year over the past five years, according to EastFruit estimates. Due to the fact that harvesting of early onions in Uzbekistan starts in April, when the stocks of last year’s harvest are decreasing in northern countries, a window of opportunity of about three months opens up for Uzbek onions exports.

Why three months? In Russia and Belarus, early onions become available on the market only at the end of June. Around the same time, stocks begin to deplete, and prices often rise quite rapidly.

It would seem that everything is going well – since exports are growing, there is a demand for early Uzbek onions, isn’t it? However, there are a number of problems related to the exports of Uzbek onions that we want to warn the producers about. 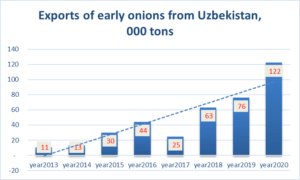 We consider onions exported from April to June as early ones, and below we will explain the reasons for such estimates. Theoretically, there may also be “old” onions of the previous year from high-quality storage facilities. Moreover, as the infrastructure for storing vegetables in Uzbekistan develops, it is possible that onions of the old harvest will actively compete in the market with those of the new harvest, especially considering that last year’s onions are more transportable, as a rule, because they are drier. By the way, this is one of the reasons why the further expansion of winter onion crops, encouraged by the government document “On Measures to Increase the Production and Export of Garlic and Vegetable Products using the Tuksonbosti method” can be a very risky idea.
Other reasons why further expansion of winter onion production in Uzbekistan should be carefully analyzed  are listed below.