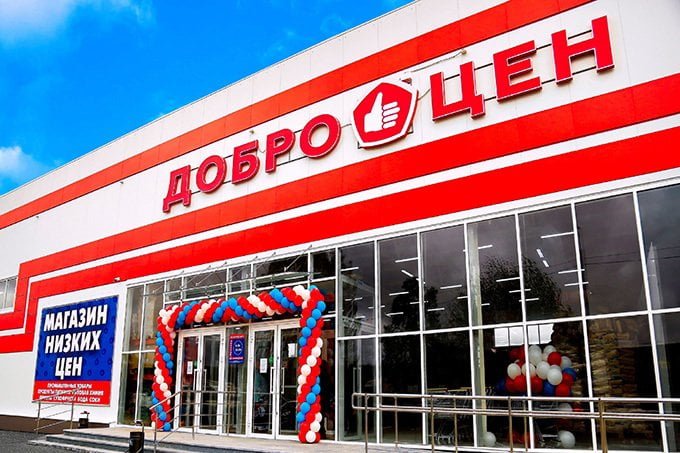 Uzbekistan continues to be in the focus of attention of retailers around the world. According to EastFruit experts, two Russian chains of the discounter segment are currently entering the country’s retail market: Svetofor and Dobrocen. This means that the “supermarketization” of Uzbekistan continues!

Despite the fact that the chains did not make official announcements about entering the market, both Svetofor and Dobrocen started looking for employees in a number of cities of Uzbekistan, posting vacancies on job portals. The range of tasks for potential employees of Russian discounters includes finding suitable buildings for new stores, negotiating with landlords and developing a retail chain.

A number of foreign, international and local companies have recently entered the food retail market of Uzbekistan, including French Carrefour, Magnum Cash & Carry from Kazakhstan, Havas, Asia.uz and Baraka Market. Almost all of existing chains announce ambitious expansion plans and many new store openings. It means that the chain retail market in Uzbekistan is experiencing a real boom. You can see which ones are best at selling vegetables and fruits – the main position attracting buyers to stores, in our audit of fruit and vegetable departments of supermarkets in Uzbekistan.

Who are the new players in the Uzbek retail?

According to the website “Uzbek Retail”, two companies ACTIVE RETAIL LLC and BIGRETAIL LLC were registered in Uzbekistan in June and July this year, their main shareholders being the owners of the Russian retail network “Svetofor”.

The activity of the Svetofor retail network dates back to 2009, the first stores of this chain were opened in the Russian cities of Krasnoyarsk and Achinsk. Three years later, the chain consisted of 37 stores. But the retailer began to actively expand in 2012 – more than 500 stores were opened over the next three years. In 2015, the number of Svetofor stores has reached 550.

The company entered the markets of other countries and opened stores in Belarus and Kazakhstan in 2017, while the number of Svetofor stores in Russia exceeded 1000. Svetofor enters a number of countries, primarily the EU ones, with the Mere trademark. From 2018 to early 2021, Mere stores opened in Romania, Germany, Lithuania, Poland, Ukraine and Serbia. In May 2021, the Russian retailer planned to open stores in the UK, as well as enter other European markets – Spain, Greece, France, etc.

At the beginning of 2021, the Svetofor chain had more than 2,200 operating stores. 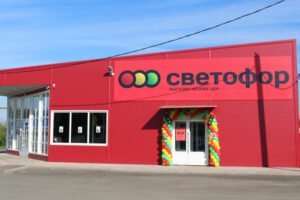 The main goal of the Svetofor chain stores is to provide consumers with goods at the lowest prices in the region. The format of the stores is a hard discounter, the average store area is about 1000 sq. m. The general principle of the chain stores is self-service, the range of goods is no more than 2000 items of food and non-food groups. The design of the chain stores is minimalistic in the sales area with a catchy exterior.

The main competitive advantage of the chain is low prices – about 20% lower than the market average due to direct work with producers, tight cost control and minimal trade mark-up. The sales area of ​​the store itself is usually a warehouse that allows to save time on maintenance of the sales area and reduce the cost of renting premises.

As for vegetables and fruits, they are not key positions for Svetofor. The range of fruits and vegetables in stores is usually very narrow, and prices are not as competitive as for packaged products. Therefore, it is unlikely to have high ratings in EastFruit retail audits.

On October 11, 2021, Uzbek Retail announced the plans of another grocery discounter to enter the Uzbek market namely the Russian retail chain of warehouse stores “Dobrocen”.

The  retail chain Dobrocen is relatively new; the first store was opened on August 6, 2016 in Krasnoufimsk (Russia) and began to expand fast throughout Russia. The number of chain stores reached 200 at the end of April 2020.

As for entering the markets of other countries, the Russian Dobrocen chain is present in two countries so far: in 2019 it opened its first store in Belarus, and at the end of April 2021 – in Kazakhstan.

The peculiarity of the retail chain is the format of a store-warehouse without division between a sales area and storage, goods being displayed not on shelves, but on pallets (warehouse pallets). This allows to keep a large inventory in the hall, minimize the number of staff and trade equipment, thereby significantly reducing prices for buyers comparing to traditional stores. The assortment of the retailer includes about 1200 items of the most popular high-quality food products and household goods at the lowest prices. 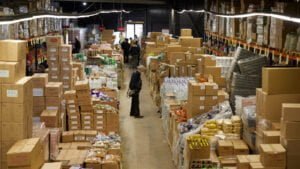 It turns out that both chains plan to enter the Uzbek market almost simultaneously and will work in the same format, unique and new for the country.

It is difficult to say whether Uzbek customers will like such a format. However, there is no doubt that the income level of the population in Uzbekistan is not high and consumers will be glad to save money. The local market for food suppliers is not very diverse, there are few players, and import duties in the country are very high. Therefore, only time will tell whether Russian chains will succeed in reducing prices to a competitive level.