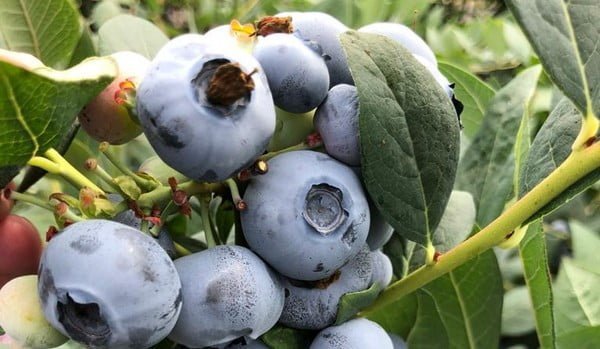 Home › News › Prices for Georgian blueberries have fallen this week: Growers are not satisfied

As of June 24, blueberry prices in Georgia have dropped significantly compared to last week, EastFruit analysts report. According to exporters, the reason is the drop in prices in the Russian market, both due to increased supply from Georgia and other exporting countries.

The 2022 season of blueberries in Georgia started late and in early June, growers were paid $7-8/kg of blueberries on the spot. This week, prices have dropped to $4-5. According to local exporters, a drop in prices was expected with the start of massive picking.

Despite the rainy weather in western Georgia, which prevents timely picking, the blueberry picking season is in an active phase in Georgia.

Zaza Kardava, a blueberry grower from the Samegrelo, told EastFruit that the drop in prices occurred in a very short time, which is why he suspects that buyers are trying to artificially lower prices.

“Justin one day, the price dropped from $8 to $4 per kilogram, which makes me think this is speculation. Blueberries are a perishable product, and many small growers do not have cold storage to store berries in case the price on a particular day is unacceptable to them. I did not agree to sell at the proposed price and currently storing my harvest in cold storage. I think I can sell it at a higher price,” said Kardava.

According to the representative of the company AgriTouch, Davit Makashvili, the decrease in prices was caused by the increased supply.

“Our company exports blueberries primarily to Gulf Countries. However, I attribute the price decrease to the fact that there is an excess supply of blueberries from Georgia, Belarus, and Serbia on the Russian market now,” said Makashvili.

According to Trademap, in June and July 2021, Russia imported the largest volume of blueberries from Georgia (850 tonnes), followed by Serbia (551 tonnes) and Belarus (426 tonnes).