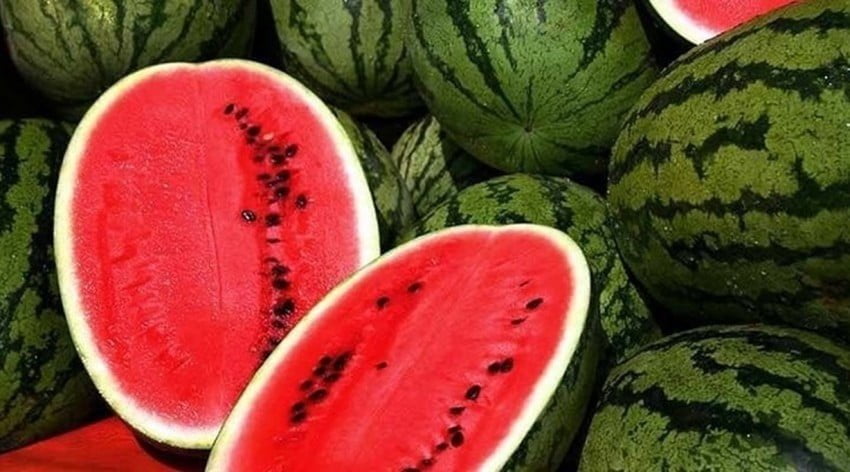 Home › News › Over the past week, watermelons in Ukraine fell in price by 20%

Despite the end of the melon season, prices for watermelons continue to decline in Ukraine. According to the Ukrainian Horticultural Association (UHA), over the past week, the “striped berry” has fallen in price by an average of 20%, and today it is delivered in the price range from 1.2 to 3 UAH / kg. Thus, in early September, the prices for watermelons in Ukraine reached their lowest for the season.

The main reason for the decline in prices for watermelons is the seasonal increase in the supply of these berries on the market. The harvesting of late varieties of watermelons in the main regions of production, namely Kherson and Mykolaiv regions, is nearing completion. Producers report that the harvest of the late varieties of watermelons this year almost did not suffer. Accordingly, today the products enter the market without interruption, and the supply of local watermelons in the domestic market is at a reasonably high level.

Thus, at the end of the season, significant price surges are not expected in the watermelon segment. Most manufacturers are convinced that the July situation, when the main supply on the market was made up of imported products, will not be repeated in the segment of late varieties.

However, due to the abnormally cold May and heavy rains in June, producers have lost part of the harvest of early varieties of watermelons. According to preliminary estimates, the decline in the production of early varieties of watermelons reached 50%. Accordingly, due to lack of supply, Ukraine had to import significant amounts of melons and gourds in June. For the first half of 2020, 2.1 thousand tons of melons were imported to Ukraine, with a total value of $ 1.97 million. For comparison, a year earlier, foreign purchases of watermelons and melons were three times lower, both in volume and in value.

Despite the achievement of the minimum price level for the season, currently, watermelons in Ukraine sold on average by 65-70% more expensive than in the same period last year. At the beginning of September 2019, the striped berry was delivered in the range from 0.9 to 1.5 UAH / kg.