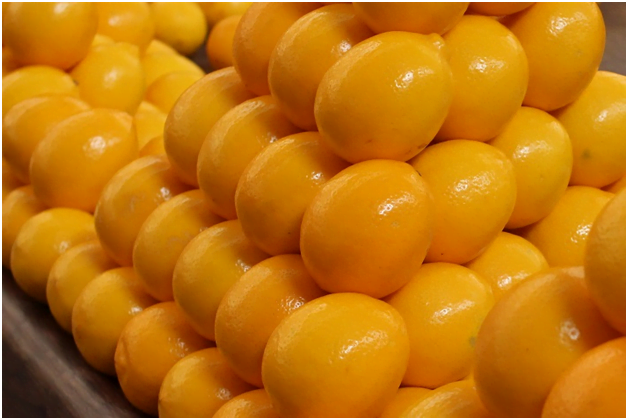 Home › News › Lemon crisis in Tajikistan and Uzbekistan — local lemons are not in demand, while imports are growing!

According to EastFruit analysts, prices for lemons in Tajikistan and Uzbekistan have fallen to record lows and keep declining.

“Even the retail price for lemons in Tajikistan has dropped to $0.5/kg – this has never happened before. Farmers are shocked – ripe lemons are left on the trees because there is no demand for them,” says Bakhtiyor Abduvokhidov, international consultant at the Food and Agriculture Organization of the United Nations (FAO).

The situation is slightly better in neighboring Uzbekistan, where retail prices for lemons have already dropped below $1 per kg in some retail outlets, but the trend is disappointing for producers, too. After all, there have never been such low prices for lemons in retail at this time of the year.

“Lemon prices in Uzbekistan are also decreasing, though not as fast as in Tajikistan, because the export of fresh lemons is bigger. But exports are not growing, and according to the results of the current year, they will most likely be at the level of 2019 and 2021 or even slightly lower. We do not consider the pandemic 2020 with an abnormally high demand for lemons,” says Navruz Khurramov, FAO consultant from Uzbekistan.

“The production of lemons in Uzbekistan is growing, but the volume of exports is not. This means that prices are likely to continue to decline. Farmers need to prepare for new price realities because the establishment of new lemon orchards by subsidiary farms is continuing,” Navruz Khurramov explains.

Against the backdrop of growing production and imports of lemons, their exports from Uzbekistan continued to fall. In January-October 2022, the volume of exports of Uzbek lemons decreased by 10%, mainly due to a decrease in supplies to Kazakhstan. The export of lemons to Russia remained unchanged.

Recall that mainly Meyer lemons are grown in Central Asia – orange and sweeter than yellow lemons, which consumers in Europe, North Africa, and America are used to. At the same time, lemon prices in the region, as a rule, were relatively high.

“Central Asia has suboptimal conditions for growing lemons. Lemons are grown outdoors in Turkey, as well as in the southern EU countries, while lemons in Uzbekistan and Tajikistan are grown indoors. Also, Meyer lemons are less transportable compared to those mainly exported by the EU countries, Turkey, North and South Africa, and America. Consumers in most countries are not familiar with Meyer lemons, so it will be extremely difficult to quickly increase their exports. And most importantly, the prices for “traditional” lemons for the international market are usually much lower than those that farmers in Central Asia are used to. Therefore, it is not surprising that, as they integrate into the international market, they begin to lose to competitors with stronger positions. For instance, Turkey exports more than 620 000 tonnes of fresh lemons annually which is 124 times more than Uzbekistan does,” Andriy Yarmak says.

He forecasts that the Central Asian region will reduce the production of local lemons and increase the volume of imports in the long term. “This does not mean that Meyer lemons will disappear because they are still preferred by local consumers. However, their prices are likely to fall, making them less economically viable to grow, and forcing many farmers to give up growing lemons in Tajikistan and Uzbekistan,” the FAO expert explains.