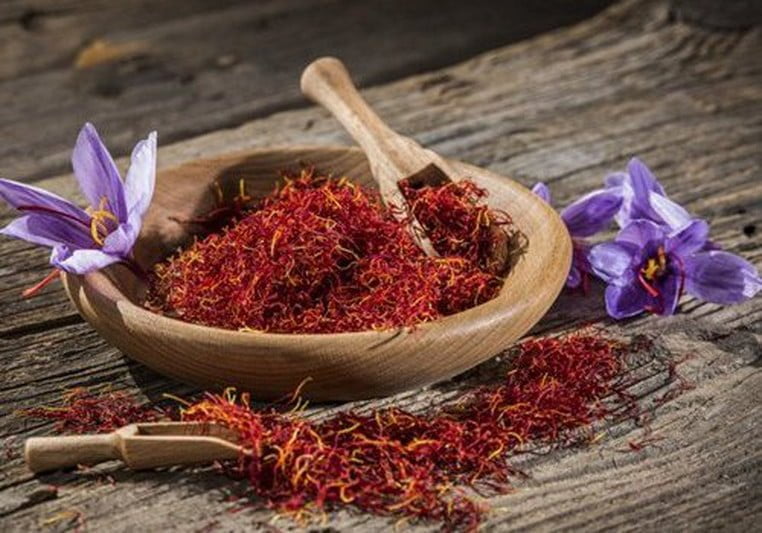 Georgian producer Merab Inasaridze, who was one of the first in the country to plant saffron now exports it to Germany and Switzerland and considers his activity quite profitable.

A spice called “saffron” is obtained from the dried stigmas of saffron flowers (Crocus sativus). Since one flower gives only a few stigmas it takes about 200 flowers to produce 1 gram of a spice and it is one of the most expensive spices in the world.

“I have been growing saffron for the seventh year. All my life I live and earn my daily bread by farming. I grew different crops – corn, wheat, apple, etc., but I did not make a good profit. I have a friend in Germany, my daughter lives there, they gave me the idea of planting saffron, and they also sent me seeds. Now my plantation is around 1500 square meters, from the 40 thousand bulbs in the last season I made no more than 750 grams. By the end of the year, I want to increase the planting area to 5,000 square meters, in order to harvest more than 3 kg, ”Merab Inasaridze told bpn.ge.

According to him, from 1 hectare it is possible to collect, probably, up to 10 kg – “but this is with the proper management and a good experience.”

As Merab Inasaridze said, he exports most of the harvest.

“At this stage, the interest in this spice in Georgia is not great, probably because it is expensive. I sell one gram in the country for 20 lari ($ 6.1), if someone needs a large amount, for 15 lari ($ 4.5). But basically, I send it abroad, and my friend trades it in Germany and Switzerland … Saffron production is not difficult, it is not a capricious plant and no pesticides are required. This is an organic product for which I do not use any fertilizers. In the first year, we sent samples to one of the laboratories in France, where they received the highest assessment, and this certificate is helping selling in Europe, ”he said.

According to the producer, the costs associated with growing saffron and obtaining spices are relatively small, it is mainly the cost of labour. “In the area where I now grow saffron, I used to harvest up to 100 tons of apples, and it was not so profitable,” he said.

As Merab Inasaridze said, in the recent period, interest in growing saffron in Georgia is growing, and many people call him for advice on what saffron is and how to produce it.

It is noteworthy that the widely spread seasoning in Georgia “Imeretian saffron” (in Georgian – “zafrana”) is actually prepared from dried flowers of marigolds (Tagetes) – a plant unrelated to saffron.

As an Indian in Georgia, I am so excited to read about this. Good (real) saffron is like finding treasure.