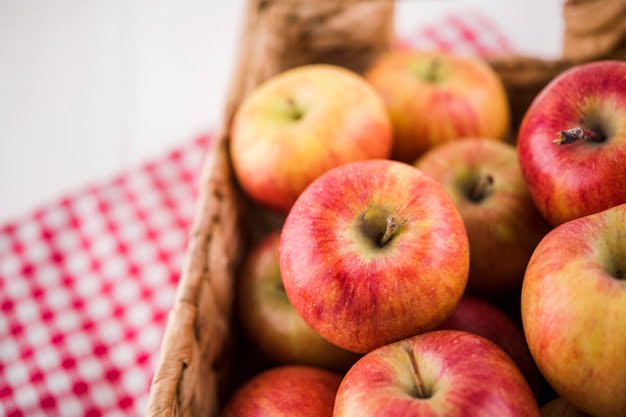 Georgia has exported 960 tonnes of apples in January – 20 times more than the January average of previous 4 off-years, when the production volume was on the lower end of the two-year cycle, as it was in 2021. 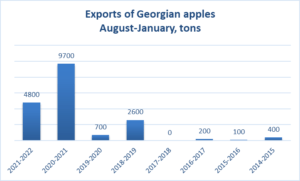 So far, the exports this season seem to be going nicely. Georgia has exported 4 800 tonnes of apples from 2021 harvest, which is a flashy result. Apple export volumes are at the second highest level in at least the last 8 seasons, but at the highest if we consider the off-years only.

Russia remains the key destination for Georgian apples. In fact, almost all, more than 98% of exports, come to Russia this season. Golden Delicious and Fuji are key exported varieties. Export prices that the importers pay to farmers range from 1.20 to 1.80 GEL/kg ($0.40-0.60).

The official trade data shows the second highest average export prices for 21/22 season. According to the data, prices in 2019 were better in the last quarter of the year, but the average price in January 2022, $0.63/kg (FOB), is the highest in at least the last 9 years. Interestingly, Georgian farmers hoped for even higher prices, as their costs have gone up this season. In the meantime, dollar prices on the Russian market are the lowest in 4 years.

Looking forward, the export volumes of Georgian apples usually grow in the coming months, thus more exports are expected. Local sources already report active exports in February. Official data for the current month will be available in the first week of March 2022.