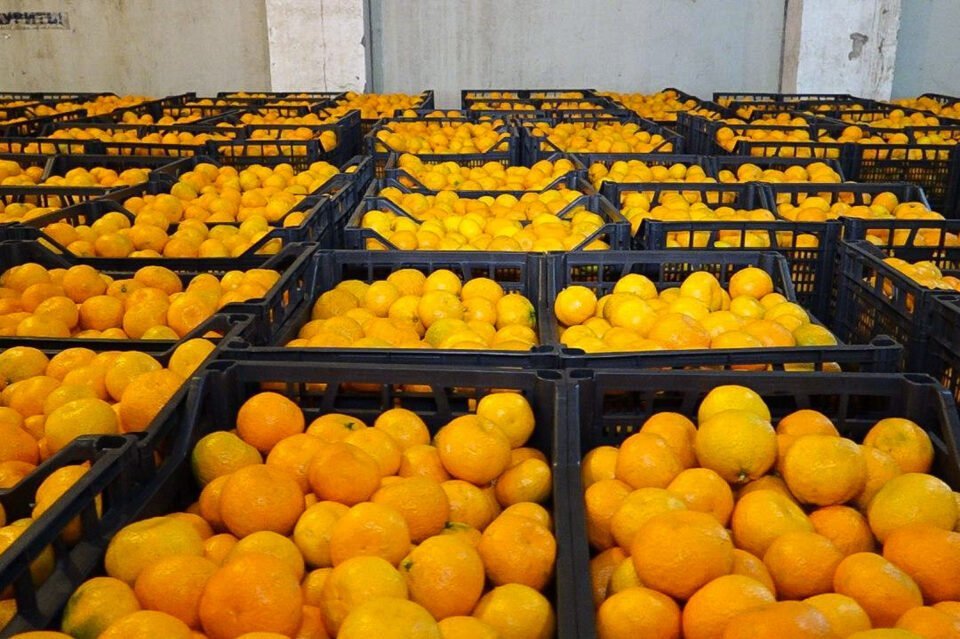 The period right before New Year’s is usually characterized by an increase in traffic on transit roads, which causes slowdowns and traffic jams. This is due to exporters trying to get their products on the markets before the New Year. According to exporters, this year, the road situation is no different from previous years and there are no significant disruptions or issues associated with the pandemic except in the search for drivers.

Prior to New Year’s Eve, fruits and vegetables – mainly mandarins, persimmons, apples, and herbs – are exported from Georgia. Russia is one of the main export countries for Georgia. According to information from export companies, by now, their products are already on their way to markets and there are no more new cargoes planned for December. Since sales are active during the period prior to New Year’s, trade is reduced after the New Year.

According to Vakhtang Bezhitashvili, the founder of Fruitilia in Georgia, the traffic on transit roads in the direction of Russia is increasing prior to New Year’s. “I cannot say that there are any special delays on the roads. High traffic and corresponding queues on the roads are common during this time. Our company carries out both the export and import of agricultural products. The resulting queues on the roads are a problem only for perishable goods in refrigerated trucks. A long delay of such a product on the road means a decrease in its quality. For example, if during the normal period a trailer reaches Russia in three days, it may take a week leading up to New Year’s. A solution to this problem is possible if the transportation of perishable goods is given priority on the roads. This implies allowing refrigerated trucks to enter the first rows so that they do not have to stand in line with trucks loaded with non-perishable goods. This is the accepted practice in the world. In Georgia, this practice is used only at customs, which, of course, is not enough. It often takes several days to get to customs.”

According to official data for the period from January to November 2020, the largest amount of mandarins and apples were exported from Georgia to Russia. Russia accounts for 92% of the total export value of apples and 80% for mandarins. In January-November 2020, apples worth $3.03 million and mandarins worth $3.66 million were exported from Georgia to Russia. However, the season is not over yet and, in January, both mandarin and apple exports will continue.