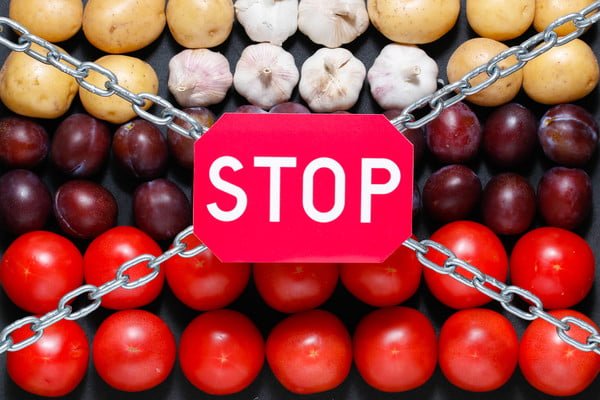 EastFruit reported on new bans announced by Rosselkhoznadzor citing quarantine issues with supplies of vegetables and fruits to Russia as they unfolded this week. Below is a list of everything that’s happened over the last few days:

– Ban on the supply of greenhouse tomatoes and peppers to Russia from the Fergana region of Uzbekistan due to the detection of the tomato brown rugose fruit virus (ToBRFV);

– Ban on the supply of dried apricots and all plant products to Russia from the Fergana region of Uzbekistan after the discovery of a quarantine object – the khapra beetle (Trogoderma granarium Ev.) – in a batch of dried apricots for Russia and the EAEU member states;

– Ban on the supply of greenhouse tomatoes and peppers to Russia from the Armavir region of Armenia due to the detection of the Pepino mosaic virus (PepMV) in a batch of products;

– Ban on the supply of apples and greenhouse tomatoes from Azerbaijan to Russia due to multiple violations of quarantine laws. This, according to EastFruit, will also affect a significant part of the supply of these products from Iran since a significant amount of Iran’s products enters Russia in transit through Azerbaijan;

– Ban, more than a month ago, on the imports of tomatoes and peppers from Grodno, Gomel, Minsk, and Brest regions of Belarus due to the detection of the Pepino mosaic virus (PepMV).

With the tremendous issuance of bans on the eve of the upcoming holiday season when the consumption of imported fruits and vegetables increases sharply, it creates skepticism among participants in the fruit and vegetable market. Frankly speaking, their suspicions are not unfounded since Rosselkhoznadzor has historically and often used bans as an instrument to apply political pressure on countries too dependent on supplying certain types of food to Russia.

Having analyzed the bans from Rosselkhoznadzor in recent days, it is easy to conclude that almost all imports of greenhouse tomatoes and peppers will be banned starting December 11, 2020. Also banned are supplies of apples from a country that traditionally exerts maximum pressure on prices. However, a closer look at the situation suggests this has been in the works for a long time.

Back in April, the Russian Association of Tomato Producers asked the government to temporarily restrict tomato imports from Azerbaijan and Turkey due to a drop in consumer demand. However, on what kind of products customers demand fell (imported or locally grown) as well as the way in which the import ban could stimulate its growth was not specified by the association.

Greenhouse and horticultural industry representatives in Russia have long declared the need for additional state support to domestic producers and asked the government to limit imports. Also, recently, budgetary support for greenhouses in Russia dropped sharply. Therefore, such decisions by Rosselkhoznadzor might seem like a Christmas gift. However, this gift is not provided out of the government’s coffers, but the pockets of Russian consumers who will now have to pay higher prices for fruits and vegetables.

For example, there are currently no bans on cucumbers, but their price is 1.5 higher than last year and there is an obvious shortage in supply on the market. As for prices of tomatoes and peppers, according to the EastFruit wholesale price monitoring information, before the bans were introduced, wholesale prices for the most popular types of tomatoes were 30-33% higher than a year earlier as well as 20-25% higher for greenhouse peppers and 25-40% higher for apples.

It is difficult to talk about an increase in product consumption when already prices are rising and incomes are falling due to the coronavirus pandemic. Yet, if imports of greenhouse vegetables cease, then prices for them could soar to record levels since only a few greenhouses in Russia can operate year-round. Also, the production volumes of these enterprises are not enough to meet the needs in Russia, which will lead to an uncontrolled rise in prices.

The greenhouse industry in Russia is developing at a record pace and, of course, the import of products containing quarantine objects is undoubtedly very dangerous for the industry. However, the reputation of Russian regulatory authorities in the business world is such that it is difficult to convince market participants of their objectivity and impartiality.

In any case, from this situation, participants in the fruit and vegetable market can draw two very important conclusions:

1) It is very dangerous to focus on only one sales market, especially when the market is such an unreliable trading partner like Russia; and

2) The strict rules of internal quarantine control cannot be ignored and countries must create conditions to educate manufacturers about the importance of self-monitoring.

If the bans on the vegetable and fruit imports to Russia are indeed politically or economically motivated, then it is possible that problems in the near future may also arise for other suppliers with a high level of dependence on exporting to Russia.

Let us also remind you that the ban remains on exports from China to Russia for apples, pears, and other types of fruits. Before their ban, China was one of the largest suppliers of these products to Russia.