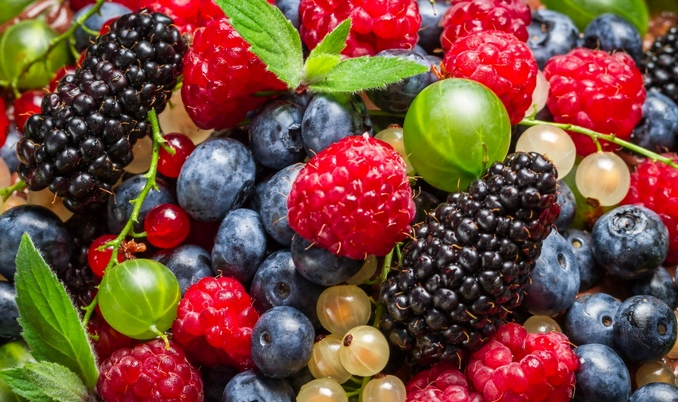 According to EastFruit’s monitoring of wholesale prices, in January 2021, prices for all types of fresh berries were much lower than a year earlier. In particular, imported blueberries are now sold on average 17% cheaper than the previous year, imported fresh raspberries are 30% cheaper, and blackberries are 31% less expensive than in mid-January 2020.

Considering that over the past 12 months, the Russian ruble has lost more than 19% of its value against the dollar and 30% of its value against the euro, real wholesale prices for berries in dollars and euros have decreased by half or more! This became possible due to increased production and export volumes and dropped global prices for blueberries and other berries supplied in winter from key exporting countries.

In particular, as we have already reported, Peru as the global blueberry market leader, at the end of 2020, sharply increased the volume of blueberry exports, but at the same time almost did not increase its revenue. That is, the average wholesale price for blueberries, even in 2020, when the demand for this berry was very high, dropped sharply. Peru will increase production again in 2021, as will most other blueberry producing countries. Besides, some unexpected players are appearing on the world map of blueberry exporters. For example, in 2021, according to EastFruit forecasts, Georgia may export 1200-1500 tons of fresh blueberries, supplying them mainly to the Russian market.

Many countries are also starting to re-focus on growing fresh raspberries and blackberries for export. For example, Peru plans to replicate Chile’s success in exporting fresh and frozen raspberries. The production of raspberries in Ukraine is also beginning to recover, having dropped sharply after two consecutive seasons of low prices.

The leading suppliers of fresh berries to Russia in January-March are Morocco, Chile, Egypt, China, Mexico, Turkey, and Peru. Also, significant volumes of fresh berries from Spain still enter the Russian market through Belarus. In January-March 2020, Russia imported about 8,100 tons of garden strawberries, 1,900 tons of blueberries, and 700 tons of fresh raspberries. In 2021, the volume of imports may grow, given the decline in prices.