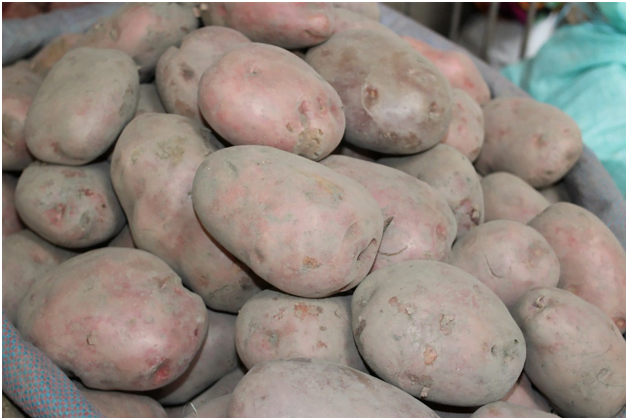 “Ukraine remains the only country in Europe where supermarkets continue to sell potatoes with dirt. This is one of the key problems of the industry where, as in Soviet times, volume and price is put at the forefront instead of quality,” according to Andriy Yarmak, an economist at the Investment Centre of the Food and Agriculture Organization of the United Nations (FAO). Mr. Yarmak expressed his opinion in the blog for Mirror of the Week. 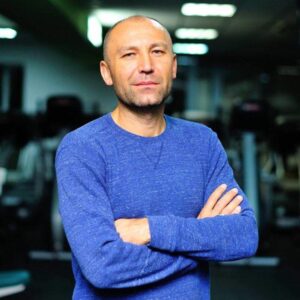 “These facts are important for understanding why the ‘Breadbasket of Europe’ in 2020 was unable to provide itself with ‘second bread’ and even bought potatoes not just anywhere, but from Russia! It would be nothing if these imports were small, but almost half a million tons of fresh potatoes were imported for consumption (excluding seed potatoes) in just one season of 2019/2020 (from July 2019 to June 2020)! This makes Ukraine one of the world’s largest importers of potatoes for the fresh market because other leading import countries such as Belgium, the Netherlands, Spain, and Germany import potatoes mainly for processing or re-exports. Yet, Ukraine is officially considered one of the three largest potato producers in the world behind China and India. Why, then, are we suddenly becoming the country with the biggest potato deficit? Maybe the catastrophic climatic conditions of 2019 led to this when there was a poor harvest of potatoes and then everything will get better?” asks the FAO economist.

Andriy Yarmak went on to explain why, with a high probability, the problems of growing sufficient amounts of potatoes and other traditional vegetables for local market will not be solved in the near future in Ukraine:

Potato growing is a separate industry, but it has much in common with the cultivation of traditional vegetables, also called in Ukraine the “borscht set,” which includes onions, carrots, beets, and cabbage. I will talk about potatoes but it is mostly true for all these vegetables as well.

Do consumers who have come to a store want to touch potatoes in a pile of dirt? Most will say no. However, if you visit farms that grow potatoes, even professional ones, the vast majority of them do not have the PHH equipment for bringing potatoes to the marketable condition – cleaning, washing, sorting, packaging, etc.

Ukrainian farmers would rather plant an extra 100 hectares of potatoes than invest in its post-harvest handling. After all, if you start to clean and sort the potatoes grown, it turns out looking even worse when cleaned. Therefore, it is necessary not only to install the PHH equipment but also to completely change the growing technologies. This means investing in a more expensive farm equipment, changing varieties, and installing drip irrigation; that is, to change the entire production system, which is very inconvenient and costly. 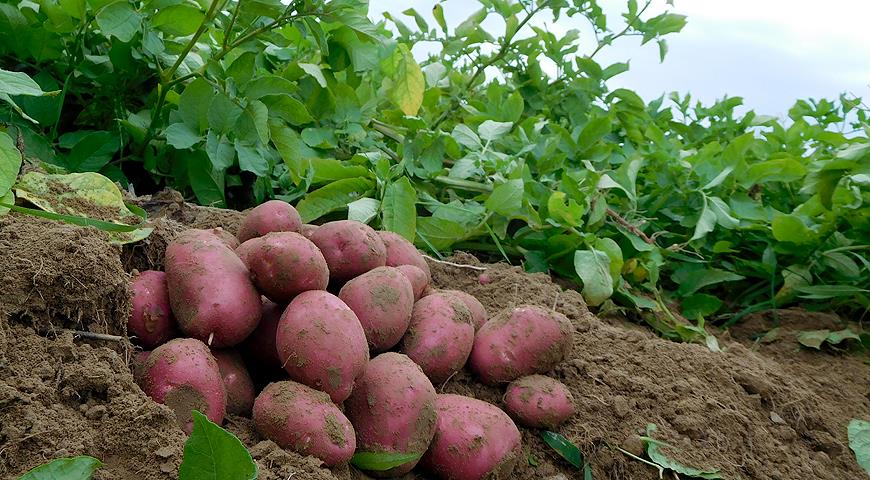 Let’s go back a little in history. Ukrainian potato growing in Soviet times was aimed at production volume with no regard to quality because the Soviet consumer was unpretentious and would eat anything. Almost thirty years have passed since Ukraine gained independence and almost nothing has changed in the mentality of the Ukrainian producer. What has changed is that a significant part of the production is now located in households rather than at the professional commercial farms, and there the quality (and let it not surprise anyone) is even worse.

Up until 2019, everyone was still concentrated on the volume instead of quality and farmers scolded and still continue to scold supermarkets that demanded quality from them. After all, they are accustomed to the fact that they need to sell everything, even rot, because “where to put it?” During one meeting with farmers, I asked if they would insist on selling everything that has grown even if each potato had their photo or at least a name on it?

Nevertheless, you can’t just blame the farmers. The qualifications of produce department managers at supermarket in Ukraine are also not always at the required level. In addition, they often turn a blind eye to the fact that they accept the outright rubbish. Of course turning the blind eye makes them wealthier. They also try to sell potatoes cheap, but people prefer to go to the bazaar and pay more for carefully selected high quality potatoes with no rot. It is precisely due to the poor quality, supermarkets sell fewer potatoes than they sell oranges.

This is no joke. I personally checked the prices and quality of potatoes in supermarkets and bazaars of Kyiv several times on the same day. The most expensive loose potatoes have always been in the bazaars. It was more expensive there than in the premium supermarket chains. Thus, the cheap potato strategy, as we can see, does not work.

After all, neither the representatives of the supermarket chain nor the producers in Ukraine can understand the fundamental difference between the raw material and the final product. Potatoes become a final product only when they are delivered to the supermarket shelf in the form in which the consumer wants to buy it. 99% of what is sold in supermarkets in Ukraine is raw materials and it should not be in the retail at all. 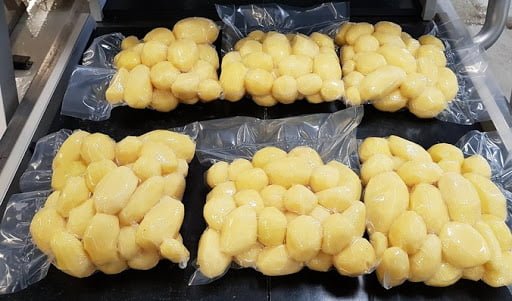 From 2008 to 2014, I also actively monitored the situation in Russia. There, after 2010, no supermarket chain could offered dirty potatoes, carrots, or beets. Yet, in Ukraine supermarkets today at the end of 2020 – that is, 10 years later – they are still trying to sell such products to our consumers. In fact, this pushes consumers away from the store to the bazaar.

What happened in 2019/20 and why did potato imports increase so rapidly?! Why did its prices soar? Why did the import of onions so rapidly increased in the previous season?

Here, of course, there was the influence of the bad weather, but several other factors played a cruel joke on us as well:

The sum of these factors manifested itself in 2019 in the potato market and we got sky-high prices and huge imports.

Why not export potatoes if they are cheap and we have a surplus of potatoes on the market, you ask? I will answer that question with a question: Who needs our dirty and low-quality potatoes? By the way, when I say ‘dirty potatoes,’ I mean not only the dirt, but also its uneven shape, damage from machinery, and damage due to the spread of pests and diseases, etc.

Such potatoes were not and will not be needed by anyone. Besides, potatoes that are grown in the EU for processing usually have higher quality parameters than potatoes grown in Ukraine for fresh consumption.

I want to remind you that in the Russian Federation, there have been no dirty potatoes on store shelves for 10 years so the farmers focused on the highest quality standards. Furthermore, since 2015, farmers in Russia have received huge subsidies from the state. They even have full protection from imports from the EU, Ukraine, the United States, and a number of other countries after the introduction of the so-called ‘counter-sanctions.’ In such comfortable business conditions Russian growers bought high-quality equipment and built modern storage facilities, whole factories for post harvest handling the products, and packaging lines.

Then, in 2019, farmers from Russia found out for themselves that even unwashed potatoes can be sold to Ukraine without spending money on PHH and, of course, they took full advantage of this. Coincidentally, the 2019 potato harvest in Russia was a record one and prices were correspondingly low. In fact, the Ukrainian consumer saved the Russian potato farmers from losses by importing large volumes of potatoes from Russia in September 2019 through May 2020.

In the spring of 2020 and COVID-19 pandemic, another factor was added. In the EU, where potatoes are consumed mainly in the form of french fries, a lockdown was introduced and restaurants, hotels, and others in the HoReCa industry stoped buying. Potato processing plants stopped because lockdowns were everywhere, even in those countries where the EU exports frozen french fries (including Ukraine, by the way). Thus, in Belgium, the Netherlands, Germany, and other countries, millions of tons of very high-quality potatoes turned out to be superfluous. In order not to take these potatoes to a landfill, they sold it for almost nothing (prices were 3-5 cents per kg!) By April, Ukraine began to import industrial potatoes and in Ukraine, prices by that time were the highest in Europe! Even today, potatoes are also being imported by Ukraine from the EU for the same reasons – surpluses and lockdowns due to the coronavirus pandemic.

Why didn’t we restore production in 2020 enough to provide ourselves with potatoes and have no need for imports? The fact is that it is not so easy to start potato production. Equipment for growing potatoes is expensive, irrigation systems are even more expensive, but all this costs pennies compared to how much you need to invest in storage and PHH of potatoes. It is absolutely normal if a businessman and farmer ask themselves, why make all these investments if we can just plant corn and sunflowers? Therefore, our producers are not in a hurry and will not be in a hurry to enter the potato and vegetable segments of the business and we will continue to buy imported vegetables and potatoes.

Here is a very simple formula for Ukrainian farmers: if you produce vegetables with quality insufficient for the supermarket chains of the EU-15 countries, then you should drop out of this business now. After all, if suddenly our harvest is at least 5% more than what is needed in the domestic market, prices will fall below the costs of production because there are no exports and the extra volumes of products can only be thrown away.

In a final comment for EastFruit, Andriy Yarmak also explained why people in other countries are investing in growing potatoes and why this business is very successful in Poland and other EU countries:

“The main headache for Ukraine is a very bad investment climate, which has been kept at a low level for many years. Accordingly, even in a seemingly competitive agribusiness, we can say that there is no competition at all when compared with what we see in other European countries. Even Ukrainian investors prefer to invest in other countries if they have such an opportunity.”