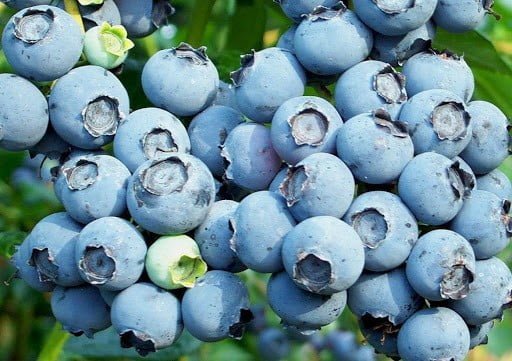 According to EastFruit experts, the harvesting season for garden blueberries in Ukraine and Poland is gaining momentum, although harvesting has not yet begun in the main production regions. Nevertheless, it is already possible to compare prices with 2019, and they, so far, delight gardeners.

By the way, the prices for berries in Transcarpathia are on average 10-20 UAH / kg higher, but the production volumes there are higher as well than in the Kherson, Mykolaiv, Zaporizhzhya, and Odesa regions of Ukraine. At the same time, early blueberry varieties in this region will be harvested for about a week, after which the season can be considered finished.

All Ukrainian blueberries are still sold on the domestic market, as its prices are still too high for export. For example, currently, in Georgia, it is possible to find export-quality blueberries at a price of $ 4.5 per kg, that is, two times cheaper than in Ukraine.

In Poland, the price difference between 2020 and 2019 is even more significant, since here, as in Ukraine, the ripening season of blueberries began later than last year. Currently, prices for Polish blueberries are gradually declining, but they remain on average 90% higher than last year. Buyers pay an average of 7.6-8.9 euros / kg ($ 8.6-10 / kg) for Polish open ground berries, which is even more than they pay for Ukrainian blueberries in the domestic market.

It is expected that already this week blueberries from the Vinnytsia region will begin to enter the Ukrainian market, which will lead to another round of price reductions. The key production regions, namely Zhytomyr and Kyiv regions, will begin harvesting blueberries at the beginning of next week.

Nevertheless, given the increased demand for blueberries in the EU due to COVID-19, the loss of part of the blueberry crop in Poland and Ukraine due to frosts and labor problems for harvesting blueberries in the EU countries, it is possible that the price of blueberry in this year will be at a level higher than in 2019 until the very end of the season. On the other hand, a negative factor is a decline in demand for blueberries in Russia, which has suffered more than other European countries from COVID-19 and lower world prices for oil and gas. Moreover, Russia set the tone for blueberry prices in Eastern Europe, and although the EU and Ukraine could not directly supply berries to this country, Polish and Ukrainian blueberries regularly entered the Russian market through the mediation of Belarus and some other countries.