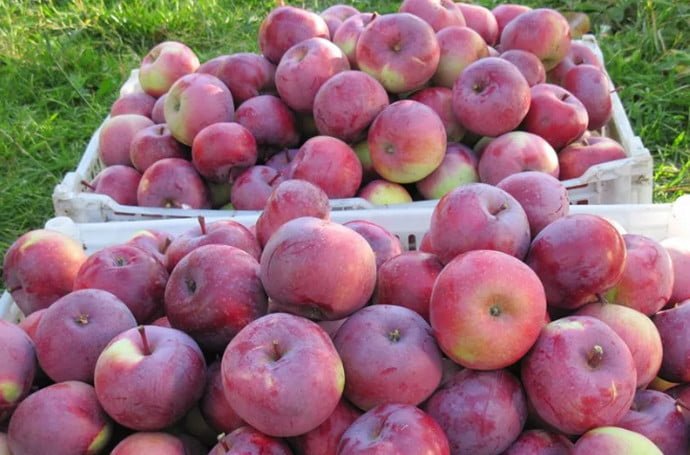 According to EastFruit analysts, Belarus, unlike other countries in Eastern Europe, has reduced the apple harvest this year. Belarusian growers say the main reason for the decline in 2021 was the unfavorable weather conditions. Cool and humid springs, hot and dry summers and rains during fruit harvest resulted in significant losses in both apple volume and quality.

By the way, the situation for many other vegetables and fruits is similar in Belarus. In particular, we have already written about the active imports of potatoes and carrots to Belarus during their own harvest, which caused a great stir. However, rather high level of exposure to weather risks is the specificity of growing fruits and vegetables.

The decline in apple production in Belarus has resulted in a relatively high level of apple prices in the local market, while apple yields in other neighboring countries have increased. Wholesale companies in Belarus are ready to buy apples of the popular variety “Golden Delicious” at $0.74 per kg, and their prices even reached $0.85 per kg last week.

This is even more expensive than in Russia, where apple prices are usually the highest in the region! For comparison, wholesale companies pay almost three times cheaper for the same apples in Ukraine, and Ukraine exports them not only to Belarus, but to the countries of the Middle East and Southeast Asia.

By the way, apple prices in Belarus are now quite comparable to those on the same date in 2020, despite the decrease in production volumes. The reason is that apples in other countries are much cheaper than in Belarus, so they are actively imported. In particular, representatives of the region’s fruit and vegetable trade report the active export of apples from Ukraine, Moldova and Poland to Belarus in October, although apple exports usually start later.

Why did other countries in the region, such as Ukraine, Russia, Poland and Moldova, have either higher apple harvests than in 2020, or even record ones, in contrast to Belarus? The answer, according to EastFruit experts, lies in the technological gaps in horticulture in Belarus, which is noticeably lagging behind competitors.

Since the Belarusian farming traditionally focused on the local market and small supplies of apples to Russia, there was no striving for high quality under until recently. In addition, local producers still grow unproductive and unpromising varieties of local selection unknown outside Belarus, such as “Alesya” or “Kovalenkovskoe”. This also affects both the quality and volume of the apple harvest in the country.

Taking into account the growing volumes of apple production in the region and in the world described in the article #freshapplecrisis, Belarusian farmers need to consider modernizing their production, storage and processing of fruits. However, a relatively low harvest, and, as a result, relatively high prices this year, will work in favor of Belarusian growers. It would be less favorable for them if it were not for the mandatory presence of Belarusian products in stores, which are often of lower quality than imported ones.